Manchester City is having the toughest draw yet, facing 13-time winner Real Madrid in Champions League Round of 16.

Thomas Tuchel will be returning to Signal Iduna Park after PSG drew against his former club Borussia Dortmund.

Chelsea will meet Bayern Munich once again after defeating them in 2011-2012 final. 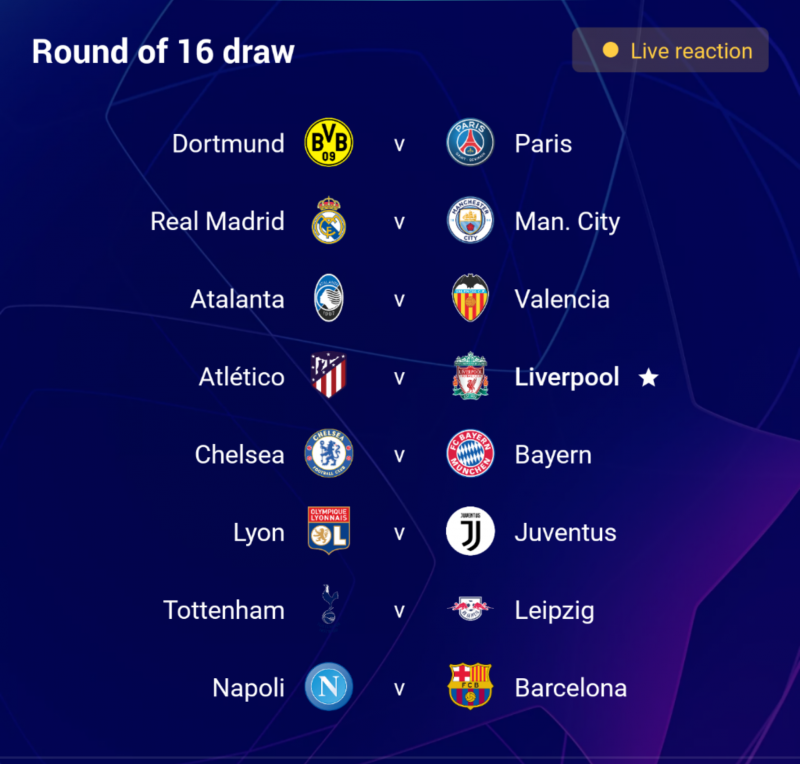 Barcelona will face Napoli, while Juventus had an easy draw as they meet Lyon.

Jose Mourinho side have potential to go through quarter-final after they drew with RB Leipzig as Champions League rookie Atalanta face Valencia.