For the privileged, prominent representatives of sponsors, or for those who treat their match experience like cruise holidays, there are VIP football hospitality packages. 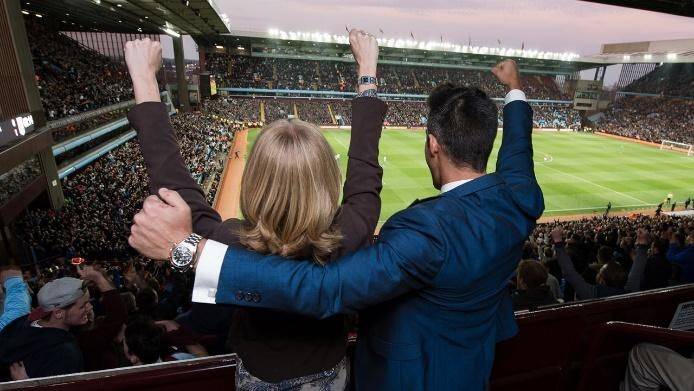 If you thought match day meant standing in lines, trudging up to your seat and whipping out a poncho or a pair of wellies when it rains, you must not have heard about how some discerning fans attend a game. Football Tribe got in touch with Ben White, Head of Media at Circuit Hospitality, a leading provider of football hospitality packages, to talk about how some people maximise their matchday experience.

FT: When did football hospitality packages start to become a thing?

BW: Football in Britain has evolved a great deal over the last 25 years especially, since the start of the Premier League – and the range and accessibility of hospitality has evolved with it. Historically, the old English football grounds had “executive clubs”, where wealthy local businessmen would gather for a meal before the match, sometimes as a networking opportunity with other business people, before watching the game in the Directors’ Box.

This would often go hand in hand with the sponsorship of matches, individual players, or in-stadium advertising boards. The growth of the commercial side of football, with more matches being shown on television and a huge advancement in the wealth of the game brought with it a greater emphasis on the importance of engaging with businesses and brands.

But of course, hospitality is not purely a corporate thing, and our business – Circuit Hospitality – has as much of a focus on providing amazing experiences and memories for individuals and families as it does on corporate bookings for client entertainment.

Since the birth of the English Premier League, many clubs have built new stadia, which have a much greater emphasis on in-stadium hospitality, with large open restaurants and suites as well as private boxes; and it’s much more accessible to anyone, with a range of different experiences available, which are also much more affordable for more people.

BW: We are the leading authorised reseller of Premier League football, and we work exclusively with Premier League clubs, with a specific focus on Manchester United, Manchester City, Chelsea, Arsenal, West Ham, Everton, and Aston Villa.

The packages range from access to executive bars where customers can purchase their own food and drink on the day to full VIP hospitality where as well as getting the best seating in the stadium, customers enjoy fine cuisine and complimentary drinks before the game, at half time and after the match.

It’s difficult to say how much the packages cost because it varies depending on the fixture. For example, at Manchester United we have seven different packages on offer – from the private luxury of the Champions Club boxes, through to the 500 Club, which is a pay-as-you-go bar package – both with fantastic seating in the Old Trafford stadium.

FT: What kind of people are more likely to seek out these packages? Corporates, superfans, or both?

BW: Of course, the corporate market is still strong, where firms use football hospitality for client entertainment, but because we are able to sell hospitality on a game-by-game basis it is also something that is available to any experience-seekers.

We’ve definitely seen a trend over the last few years of people looking to buy “experiences” rather than physical, material things. Life is cluttered, and peoples’ homes are filled with stuff – and instead of adding to this, a lot of people are spending their money on events which create long-lasting memories for them and their loved ones.

Football has been the number one sport in England for generations, and the Premier League is watched by fans in every part of the world, and the opportunity to experience it from the luxury of a hospitality suite is a very attractive proposition for anyone who loves the game.

FT: Do they get to meet any players or club staff?

BW: Yes – many of the packages we offer include the opportunity to meet, chat with and have photographs taken with former players before the match, and occasionally current players come into the hospitality suites after the final whistle.

FT: Are there as many suppliers in this market as there are stadiums, or is it more like the travel industry, where a club may rely on multiple agencies? Do the clubs have any difficulty selling these packages to fans directly?

BW: Many football clubs in England manage and sell their hospitality directly to clients rather than working with resellers like us. We are the largest authorised reseller of Premier League football, and there are a few other organisations in our space. Many of the clubs prefer to sell their hospitality to customers for the entire season, whereas we specialise in offering bespoke packages of matches, or individual games.

Have you ever had a VIP matchday experience? Tell us about it on Twitter (@MYFootballTribe).