Former Italian defender, Ciro Ferrara still remember the time when he was jubilant after exchanging shirt with Diego Maradona when he made a debut with Italy against Argentina in June 1987.

The game was played at the Hardturm Stadion in Zurich on June 10, 1987 and ended in a 3-1 win to Italy. Diego Maradona scored one goal for his team.

At that time, Ferrara also played together with Maradona at Napoli, as they won Serie A in 1987 and 1990.

He kept the shirt for 33 years. Today, he auctioned it for 55,000 euros for his charity body Cannavaro Ferrara Foundation in Naples, a city that badly need a financial support due to COVID-19 and for the people to continue to survive in a harsh lockdown measures in Italy. 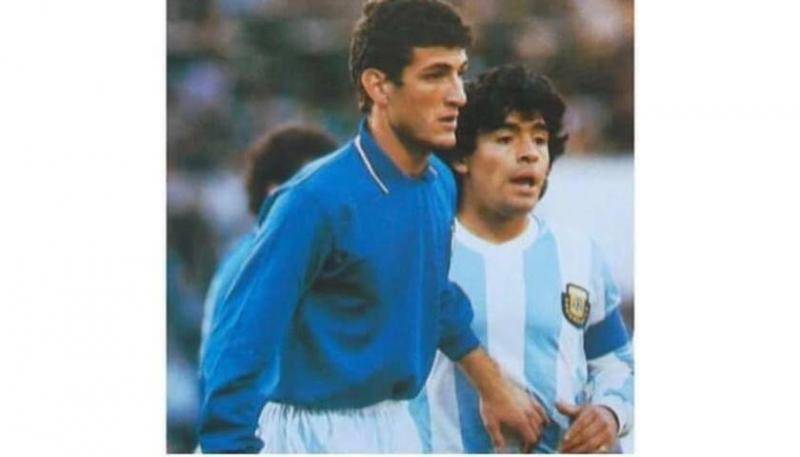 “I am moved as I tell you that after 33 years I will part ways with this shirt,” said Ferrara.

It’s not only Maradona’s shirt that Ferrrara decided to sacrifice.

He auctioned 85,000 euros from the sale of memorabilia by 26 footballers including Maradona, as a donation to the people in need.

The successful sale of the shirt helped the humanity survives. The beautiful gesture prompted Maradona to praise Ferrara’s good deeds.

“We have won another game, Ciro Ferrara,” Maradona wrote on Facebook.

“Possibly the most important. We won it together as we always did … I am honored to have contributed to help our people buy basic goods in this unprecedented moment.”

Many footballers have responded to Ferrara and the brothers Fabio and Paolo Cannavaro’s appeal to help families in Napoli to overcome the coronavirus crisis.

Each player has chosen their most expensive shirt, signed it and donated it to the Cannavaro Ferrara Foundation in support of the “Je Sto Vicino A Te” initiative.