It was tough night for Barcelona, as they faced a strong Atletico Madrid side. But Lionel Messi made sure one goal is all that matters.

It’s not just about winning against Atletico, it also to prove that Messi deserves the sixth Ballon d’Or. But it wasn’t that easy.

Last season, Barcelona won 26th La Liga title in their history. That is the only major trophy they have brought home.

They lost to Valencia in Copa Del Ray final, and of course, that incredible semi-final defeat against Liverpool who eventually won the Champions League.

Despite that, Messi’s individual record is staggering. He scored 36 league goals in the league and 51 overall last season. 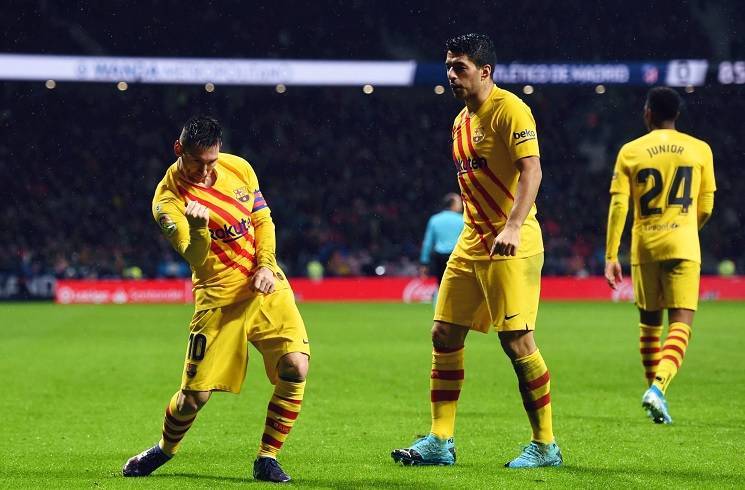 This season, he has scored 9 league goals and 11 in all competition.

Messi’s contribution throughout this year, is truly incredible. But to score a 86th minute winner to level with Real Madrid in the league, is worthy of a Ballon d’Or winner.

Even Barca coach, Ernesto Valverde talked up the importance of having Lionel Messi in his side, a day before the Ballon d’Or winner is announced.

“When match are tough, and your opponent are strong, having Messi is always a great advantage.

“I didn’t follow the award but my vote is the same as others. I am picking the best. We select the best performing player every season. But if you want honour the best, just give the award to Messi and problem solved.”

“The one who makes the difference is Leo. Because he is the one who gets it. We have played a great game, Barcelona has not had many chances, but it appears Leo is able to do what he does with terrible ease, that’s why he is the best.”

Messi’s winning goal though, create a lasting effect. Diego Simeone is winless in 16 games in a row against Barcelona, in fact Barcelona are the only opponent Atletico have faced the most times without winning.