Forget what happened to Alisson Becker and that Lewis Dunk goal in the second half, as Liverpool’s 2-1 win over Brighton became significant more than ever.

Since the start of 2018/2019 Premier League season, Liverpool have scored 40 set pieces goals, more than any other team in the league.

That set piece ability was on display against Brighton, as Trent Alexander-Arnold was able to find Virgil van Dijk’s head twice in the first half. 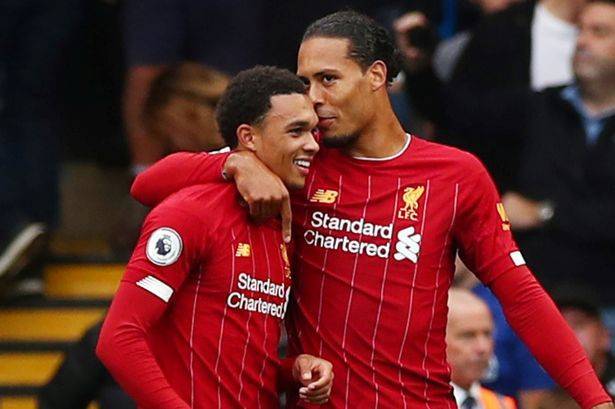 Trent has delivered three assists from corners this season, along with another assist from a free kick.

This is a stark contrast to the Liverpool before the reign of Jurgen Klopp, lacking defenders who could turn attacking set-pieces into goals.

Throughout last season, the set-pieces goals has helped Liverpool to second placed finish and won UEFA Champions League for the sixth time in history.

The emergence of Trent and the arrival of Van Dijk as well as goalkeeper Alisson have transformed Liverpool into a formidable team.

Trent however, believes it was crucial to score through set-pieces when the team could not break through the opponent’s defence in an open play.

“We’ve got big lads and if we get the delivery right then we’ve got a good chance of scoring goals or at least making the keeper work,” said Trent.

“With the quality we’ve got with the boys and their heading quality, it’s all about the delivery and putting it in areas and timing the runs.

“It was a difficult day for us, probably one of the most difficult game we’ve had at Anfield so far this season.

“But we managed to score two set-pieces and that was massive for us. We know how big a three points that was.”