Cristiano Ronaldo has lost his first cup final since 2013, after Juventus defeated 3-1 by Lazio in Italian Super Cup.

The Portuguese immediately took the silver medal off his neck and went straight back to the dressing room, not waiting to see Lazio lift the trophy.

It’s understandable that Ronaldo reacted like that, as he hadn’t experienced it in over seven years. 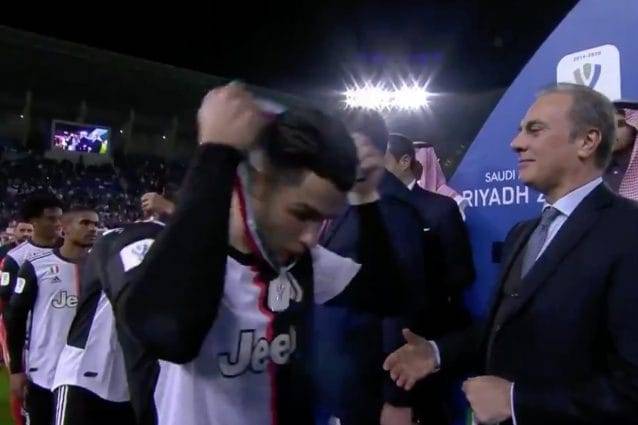 The last time Ronaldo was in the losing side in the final was when Real Madrid were beaten 2-1 by Atletico Madrid in extra time during Copa Del Ray final.

Juventus manager, Maurizio Sarri believes it wasn’t because of Cristiano Ronaldo, Paulo Dybala or Gonzalo Higuain that led to the 3-1 defeat in Italian Super Cup final.

The trio played together again after performing excellently in Serie A but they came undone by Lazio incisiveness in front of goal.

Juventus however, begin to show signs of exhaustion and Lazio took advantage as Senad Lulic doubled the lead in 73rd minute before Danilo Cataldi rounded off their victory before the final whistle.

“We arrived at this game short of energy, physically and mentally,” Sarri told in media. “This happens. Meanwhile, Lazio are experiencing a moment of incredible form.

“We are sorry we lost a title, but we still have many competitions to play for in the next five months. There is anger, but crying over it does not solve the problems.”

It was the fifth Super Cup title for Lazio, and third title under manager Simone Inzaghi after winning Super Cup in 2017 and Coppa Italia last season.

“We did something magical, as in barely two weeks to beat Juve twice is incredible,” Inzaghi told Rai Sport. 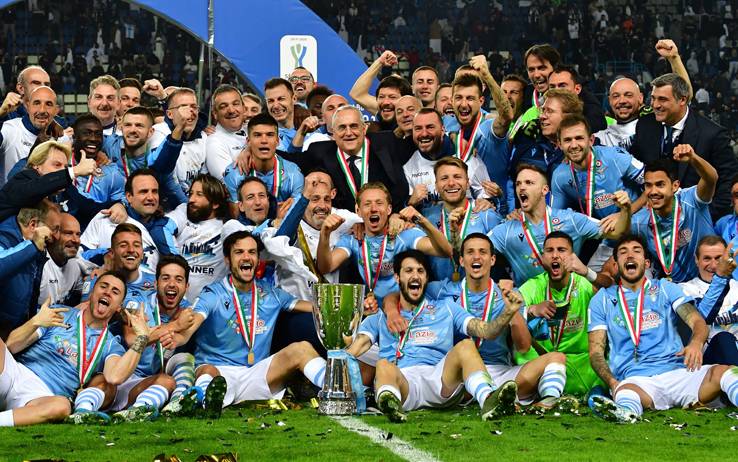 “I think this was another deserved victory for a strong team that always believed in our ideas and these lads deserve this.”

“I have great faith, as I see Cataldi, Marco Parolo and others training, so I know they can come on. Luis Alberto and Lucas Leiva had yellow cards and I was afraid they could get caught on the counter, so I preferred to take them off.”

Lazio are currently third in Serie A with six points behind Juve and Inter, plus they have a game in hand.

However, Inzaghi doesn’t want to think about winning Serie A title yet.

“Never mind the Scudetto, we need to work to enjoy nights like this. We’ve had quite a few of them in recent years and we want to keep experiencing them.

“I never had big problems, but at some times when things went wrong, I know who was always by my side and who wasn’t. I dedicate this trophy to them.”