Now you can woo a girl by sending a Valentine’s Day card based on personality and skills of several footballer!

Created by Sport Rag, this 8 cards hilariously represent footballer’s ability and behavior, to the point that some of them could offend the players themselves.

Football Tribe present to you the football edition of Valentine’s Day card. 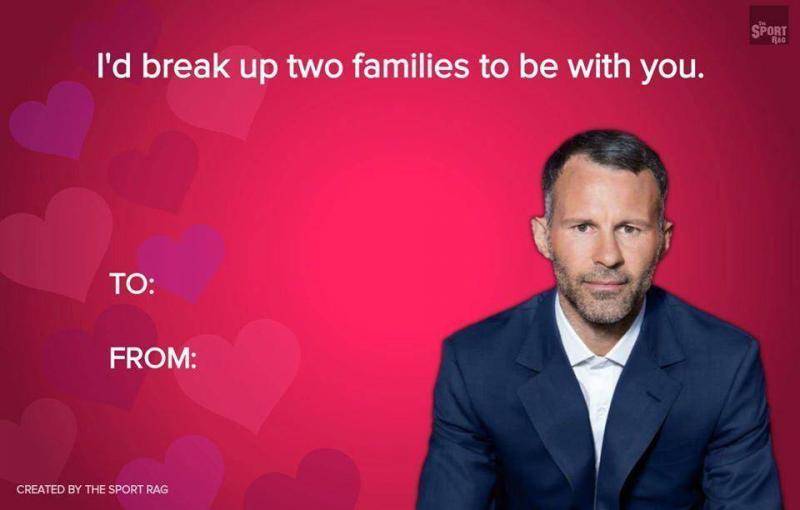 This former Man United man is not just a legend on the pitch, he is also legend for having relationships with his brother’s wife Natasha as well as Big Brother star Imogen Thomas.

His pick up lines sums up his whole life, literally.

A perfect card for a homewrecker. 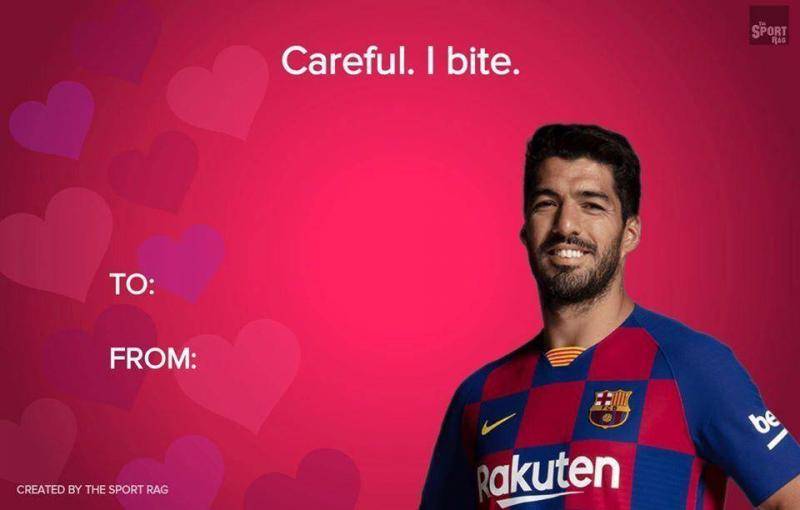 The Uruguayan forward doesn’t bite anymore, especially at Barcelona these days, but who would forget the moment he bite Branislav Ivanovic and Giorgio Chiellini.

Either he’s too hungry or craving woman’s touch, only he knows.

A good card for sexy times. 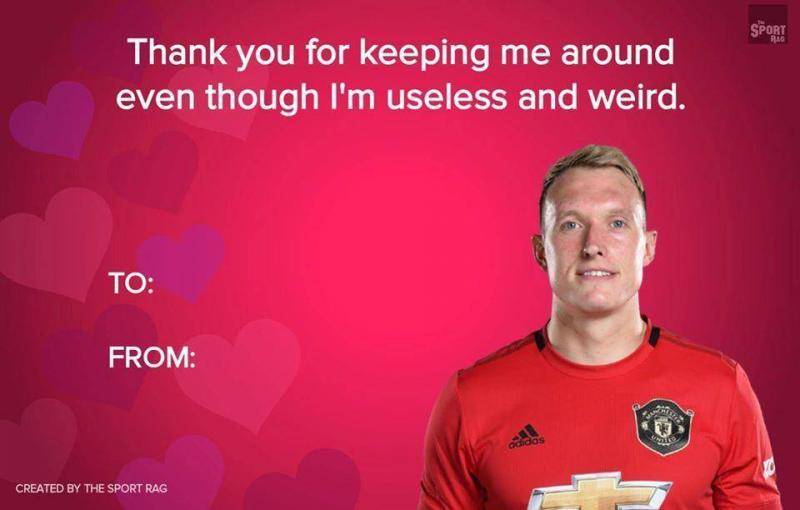 The Man United centre back is always known for his weird looking face more than his defending ability.

Jones is also guilty of several defending errors throughout his career at Old Trafford, making him and easier target of humour.

A very useful card if you ever cheat or make mistake and wants to apologize. 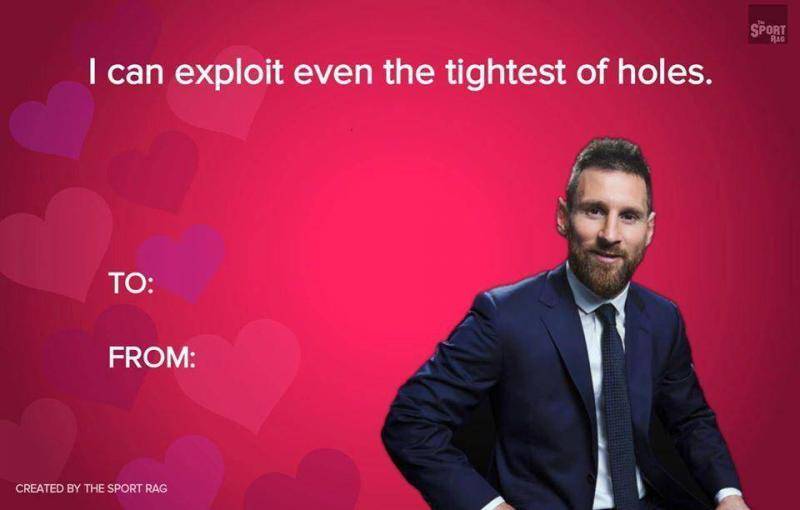 Messi is arguably one of the best footballer in the world and he could score with his right foot, his left foot and his head.

Despite his small stature, he has already scored 500 goals in his career.

A perfect card for someone who have the same size and height as Messi. 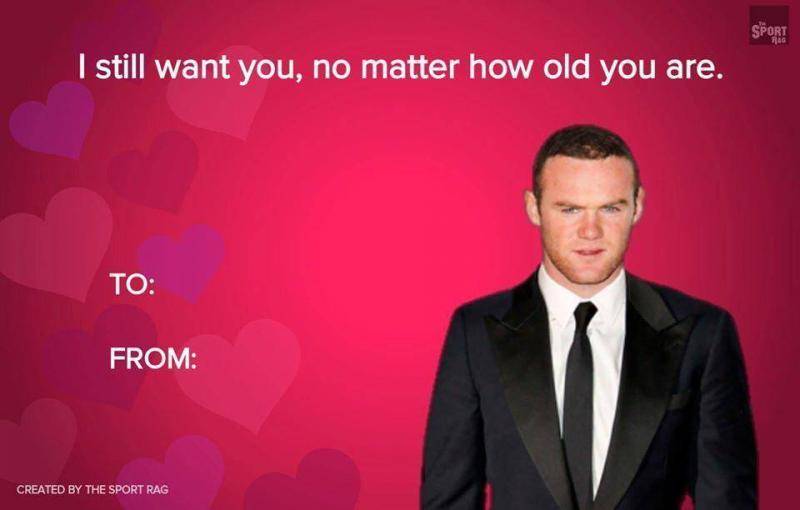 Another former Man United man who is involved in a scandal, Rooney was exposed after he was having a relationship with a 21-year-old Jenny Thompson.

What’s worse, it began when his wife Coleen was pregnant of his son Kai. Very thoughtful Rooney, very thoughtful.

Anyway, the card is still useful if you are going to send it to someone who’s way younger than you. 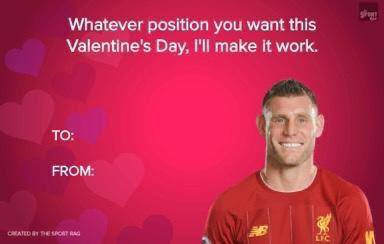 Milner joined Liverpool on a free transfer in 2015 but the manager Jurgen Klopp refused to let him play on his usual midfield position, instead he was asked to play at left-back.

Surprisingly, he excelled in that position and helped Liverpool won Champions League last year and the upcoming Premier League title this year.

A great card for a loyal man. 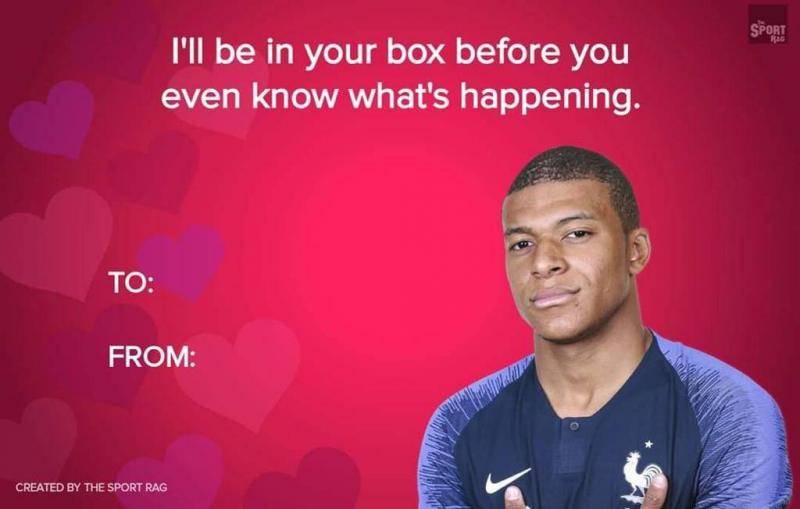 Mbappe is one of the brightest talent football have ever seen at the moment. He debuted with Monaco at the age of 15, winning Ligue 1 title and a Golden Boy award, before joining PSG for 180 million euros.

Later, he helped France to win the World Cup in Russia, also becoming the second-youngest player to score in the final after Pele.

A card for a romantic lover. 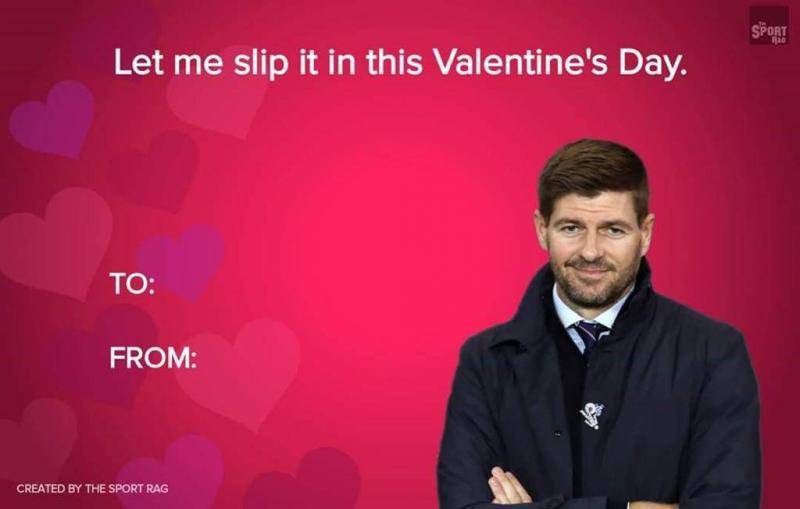 Gerrard is widely known as one of the greatest Liverpool footballer of all time, but he is also known for the infamous slip that costs Liverpool his team a league title.

Liverpool only need to draw against Chelsea with three games left, so Gerrard gathered his team and say “We do not let this slip”, before he proceed to slip on his own in the middle of the field, allowing Demba Ba to score for Chelsea.

What a great card for Valentine’s Day.

Have you make up your mind? Make this one of your own! Happy Valentine’s Day!