Kylian Mbappe has reportedly served notice to PSG he wants out of the club next summer and move in, having publicly spoken highly of Liverpool under Jurgen Klopp’s helmsmanship, while also having an ‘interest’ in Manchester United.

A four-time Ligue 1 winner at the age of 21, France international Mbappe has established himself has one of Europe’s finest attackers, having also lifted the World Cup for his country besides winning the French Cup and French League Cup twice each.

“It’s a very important moment for me, I’ve come to a turning point in my career. I have discovered a lot here, and I feel it is perhaps the moment to have more responsibility.

“I hope that can maybe be at Paris Saint-Germain, that would be a great pleasure. Or perhaps elsewhere with a new project.”

Mbappe stayed on at PSG last season and helped them reach their first ever Champions League final, despite their eventual defeat by Bayern Munich in Lisbon.

The 21-year-old brilliantly navigated himself on the pitch to score 30 goals and 19 assists in just 37 appearances.

And The Times has now reported that the France forward has informed PSG sporting director Leonardo of his desire to depart the Parc des Princes in a year’s time.

His contract runs until 2022 and next summer’s window will be PSG’s last chance to bring in a huge fee for the Frenchman’s services unless he inks an extension, which is unlikely as the report claims that the £166million attacker wants to further his career outside of Ligue 1, with Spain or England his destinations of choice.

The Times also say that Real Madrid and Barcelona will both look to sign Mbappe given that the La Liga giants have been quiet in the current window, which has been impacted by the coronavirus pandemic.

For Barca, losing Lionel Messi in 2021 is a distinct possibiliy, which would free up funds for them to make an approach to PSG for Mbappe, while Real Madrid are long-term admirers with Zinedine Zidane having repeatedly flirted with the idea of signing his young countryman.

But it is also claimed that Mbappe’s interest in the Premier League means he might be receptive to a move to Manchester United as the Red Devils are one of the few clubs in the English top-flight with the finances to pull off a deal, although they are currently focsed on trying to sign £108m-rated Borussia Dortmund winger Jadon Sancho and may be forced to play the waiting game until 2021 to sign the highly-sought after England winger.

Mbappe has also been noted to flirt publicly with Liverpool the last 12 months, and has publicly lavished praise, and his admiration, for Jurgen Klopp’s Liverpool, who have won both the Champions League and the Premier League in the last two seasons and would no doubt be keen on signing the player if a deal were possible.

Back in January, he said:

“What Liverpool do in this moment is amazing.

“They’re like a machine, they’ve found a rhythm and are like ‘we play again, we play again’. When you watch you think everything’s easy, but that’s not easy.

“Performances like they have been having don’t just happen.

“To be as ruthless as they have been would come from lots of hard work in training and from having a very good manager.”

Liverpool can boast of having the first-choice front three of Roberto Firmino, Sadio Mane and Mohamed Salah all under contract until 2023 but the trio all turn 29 this season and Mane and Salah have even now been linked with Barcelona and Real Madrid.

If a move to England were a real possibility, Manchester City might too look to enter the equation for Mbappe – though that may again depend on whether or not Senor Messi leaves Barca next summer.

Mbappe’s extraordinary strike rate for PSG has seen him hit 90 goals in just 124 games across all competitions for the Parisian outfit, adding 51 assists.

Widely regarded as a future Ballon d’Or winner, Mbappe is arguably the most valuable player in world football given his quality at such a young age and his potential to improve even further.

PSG will therefore demand a huge fee if they do end up losing the player, who they have repeatedly attempted to get to sign a new contract.

They have offered him significantly improved terms but it appears Mbappe’s mind is made up, having previously turned down the offer of bigger wages in aid of his own development when he turned down lucrative offers to join Real Madrid and Manchester City to stay in France with PSG in 2017. 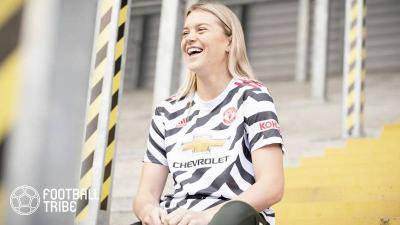 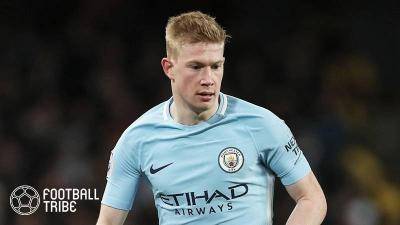