Vietnam beat Thailand in the penalty shootout following the goalless draw in the regular time at the semi-final of the 2018 Japan-ASEAN friendly tournament in Miyazaki, Japan.

Vietnam U-16 claimed the top spot of Group D with 4 points in two matches. Meanwhile, title favourite also took the lead in Group C with big wins against Singapore and Brunei.

Both Vietnam and Thailand have been familiar with their opponents’ tactics, since the regional rivals squared off in the final of AFF U-15 Championship last July. The Young Golden Stars then earned the title after winning the penalty shootout.

In this game, Thailand U-16 began to take control with their aggressive attack line but failed to convert any of the opportunity into a goal.

Meanwhile, Vietnam U-16 strengthened their defending and threatened the opponents with wave of attacks.

However, both sides missed the chance to break the deadlock, and the game ended with a goalless draw in the regular time, forcing the semi-final to enter the dreaded penalty shootout.

In the penalty shootout, Vietnam’s goalkeeper Duy Dung managed to block the opponent’s three penalties to help his side win 5-4 win.

Vietnam will face Indonesia, who earned a shocking victory against hosts Japan in the other semi, in the tournament’s final on Monday 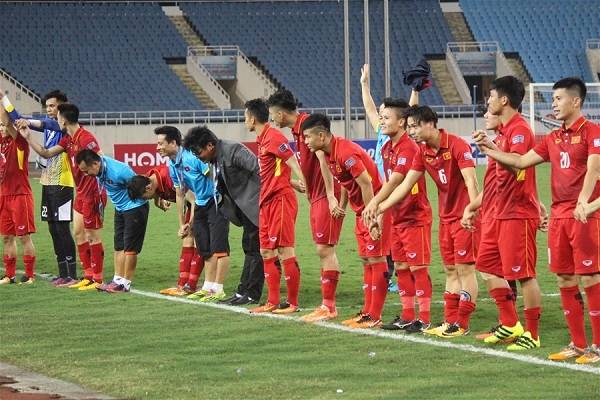