BG Pathum United made a huge splash in the transfer market with the acquisition of Buriram United’s Andres Tunez and Muangthong United’s Sarach Yooyen – 2 captains from 2 major Thai League clubs. Adding to what is already a star-studded squad which includes the likes of Norshahrul Idlan bin Talaha, Victor Cardozo, Sumanya Purisai, Thitipan Puangchan and more.

As a result, The Rabbits is now viewed as a major title contender and club legend Chatree Chimtalay believe this is the strongest squad he has been around during his time at the LEO Stadium.

“Previously, we’ve been carrying out training at home before returning in small groups and now back to full training capacity. The players are focused and hungry to train. The boys are enjoying themselves even though it’s a tough session.” The 36 years old player-coach told BGUTD

“The old and new players knew each other well and I am excited to train with this squad of players because we have so many big names here. This team may be the best crop of footballers I’ve played with which gives me great confidence we can achieve good results this season. My target is not only to get my hands on a trophy but to also score my 100th goal for the side as well.”

Joined at the start of the 2009 season, Chatree was the club top scorer in the 2010 Singapore Cup winning team and represented the Thai national team under head coach Winfried Schäfer. It is interesting to see Chatree’s adoration for the 2020/21 squad considering BG Pathum United’s 2010 is not bad either.

The core was the same side that finished 3rd in 2009 with Amnaj Kaewkiew captaining the team from centre-back, flanked by a pair of national team calibre fullbacks; Tanongsak Prajakkata and Supachai Komsilp. Getting the goals is the electric Nigerian, and Thai football cult hero, Samuel Gbenga Ajayi. On the left is Sutee Suksomkit, undeniably one of Thailand’s best wingers in the past 20 years. They suffered only 1 league game at home all season.

Speaking of cup success, BGPU fans will point to the 2014 FA Cup team, coached by the late Attaphol Buspakom and took over by Anurak Srikerd. Protecting the defence is Teruyuki Moniwa, a centre-back who arrived with over 280 J1 League appearances – a solid transfer made possible thanks to BGPU’s partnership with Cerezo Osaka. However, the highlight of this squad is the attack led by explosive striker Lazarus Kaimbi and the Macedonian magician, Darko Tasevski.

Kaimbi and Tasevski left halfway through 2016 – signalling a new beginning at the club. The spine of that team was filled with quality starting with centre-back, Matt Smith. The former was brought in to instil professionalism and he didn’t disappoint. A great leader and defender, Smith is a real threat in set-piece situations and soon became an integral part of the changing room.

Daniel Garcia ‘Toti’ instated himself as the team’s creative hub due to his vision and range of passing. Striking fear in the heart of the defence is Costa Rican international Ariel Rodriguez. The striker’s pace and composure to finish off one on one chances earned him 19 goals across all competitions – a golden boots club record that still stands. Together with an experienced group of local talents such as Narit Taweekul and Surachat Sareepim, they manage to finished 3rd in the league, the club’s best position in 6 seasons.

Sarach, Cardozo and Tunez bring with them the taste of victory and trophies, a lot of trophies – something the 2010, 2014 and 2016 squad never went on to achieve. 3 wins and a draw is by all means not the worst start to the season but bore draw away at PT Prachuap may have revealed BGPU’s lack of squad cohesion, a plan B or the inventiveness to break through pragmatic opposition.

True, it is unfair to lay judgment on the current roster considering they have yet to kick a ball together. But the fact is, the expectation is already here – even in friendlies. That’s just how it is in Thai football. If you’re a good, big-name signing, you are expected, often demanded, to win at all cost. Football is as simple 1 + 1 = 2 isn’t it?

BGPU is a very in inconsistent club – the highs are fantastic while the lows could see them falling from 3rd to relegation in 2 years despite being the one of the country’s wealthiest team.

Chatree’s claim could be right and I am the fool. Only time will tell. However, to be seen as a success, the side is expected to produce a historic season – a difficult task on its own but now even tougher with the addition of the Covid-19 aftermath. And when a massive investment is made and the stakes are high, people can sometimes confuse genuine quality with the glamour and weight of expectations placed upon them. 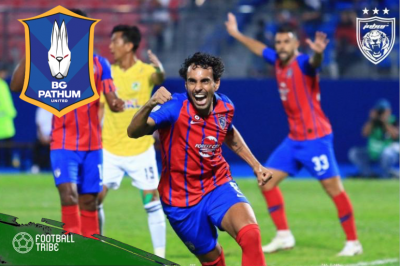 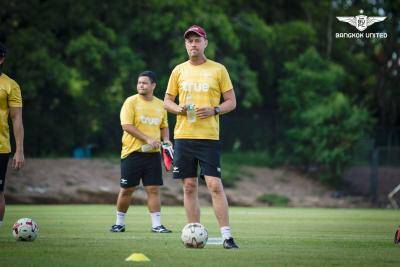 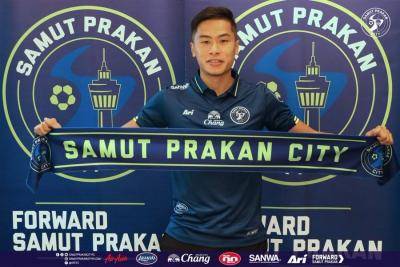