As the COVID-19 outbreak continues to ravage the world, the disease affected Asian football even further after the Asian Football Confederation (AFC) together with FIFA announced that the upcoming games for the 2022 FIFA World Cup Asian Zone qualifiers will be postponed.

Both the AFC and FIFA officials convene at the House of FIFA in Zurich, Switzerland yesterday and both agreed that for the sake of the safety of players, fans, and officials alike, matches within the WC Asian Zone qualifiers will be postponed. A formal proposal regarding the postponement will be shared with the relevant AFC member associations.

With that being said, both AFC and FIFA will announce further updates regarding the WC Asian Zone qualifier matches that are affected by the COVID-19 outbreak in the coming days, following consultations with AFC member associations.

With the COVID-19 outbreak already affecting matches in the AFC Champions League, AFC Cup, K.League 1, J.League 1, Chinese Super League, V.League 1 and the Thai League, Indonesia became the latest country to have their league match affected by the disease. The second Liga 1 matchweek clash between giants Persija Jakarta and Persebaya Surabaya, scheduled to be held this weekend at Persija’s Gelora Bung Karno, was to be postponed until further notice due to the discovery of Indonesia’s first two coronavirus patients in the neighboring city of Depok, which forced the Jakarta government to postpone all gatherings within the city to prevent further infections. 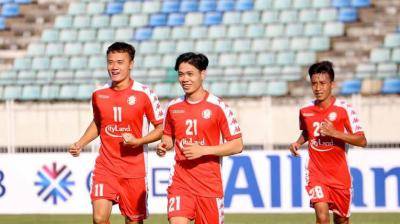