Australian powerhouses Melbourne Victory and Malaysian giants Kedah FA eased their way past the second preliminary round of the 2020 AFC Champions League after recording crushing wins over their opponents on Tuesday night. Victory comfortably saw off Indonesia’s Bali United 5-0, while Kedah ran out comfortable 5-1 winners over Wofoo Tai Po FC of Hong Kong. Here’s a quick recap of the two teams’ superb victory over their opponents (no pun intended to one of the teams, of course!)

Reigning Liga 1 Indonesia champions Bali United traveled to the AAMI Park in Melbourne to take on 2018-19 A-League regular season third placers Melbourne Victory on Tuesday night. Bali United are fresh off a thrilling 5-3 extra time win over Singapore’s Tampines Rovers in the first preliminary round last week, while Victory were a club in turmoil – they have just sacked their head coach Marco Kurz after a disappointing start to the 2019-20 A-League regular season, while caretaker coach Carlos Salvachua oversaw a limp 1-0 defeat at rivals Adelaide United on Friday. Despite their recent setbacks, Victory were the clear favorites of this tie though Bali United fans could be forgiven for hoping that the Serdadu Tridatu could pull off a shock in this tie.

Bali United managed to keep up with Victory during the early stages of the first half, but as expected it was the Big V who took the lead. In the 14th minute, Storm Roux managed to beat his defender before crossing the ball towards Burundian Elvis Kamsoba, who flicked the ball onto the path of incoming Migjen Basha, with the Albanian firing off a shot that went beyond Wawan Hendrawan and into the roof of the net. With Victory claiming a 1-0 lead, Bali United tried their best to reduce the deficit, with Melvin Platje, Paulo Sergio, and Willian Pacheco doing their best to break through Lawrence Thomas’ net, however, it was Victory who struck again next. With 38 minutes gone, Australia international Robbie Kruse found Josh Hope in the Bali penalty area, with the former Bayer Leverkusen man setting up Hope for the simplest of tap-ins to make it 2-0.

All hopes of a Bali United fightback were extinguished in the second half, with Kruse turning from provider to scorer and making it 3-0 after the hour mark. It was one-way traffic for Victory from there on – substitute Ola Toivonen, who had played for Sweden during the 2018 FIFA World Cup in Russia, scored an absolute screamer from outside the penalty area in the 81st minute, before Kamsoba, who had been impressive throughout the game, scored the icing on the cake for Victory during injury time. It ends 5-0 and Victory earned themselves a ticket to the play-offs, where they will travel to the Kashima Soccer Stadium to face J.League 1 giants Kashima Antlers in one week’s time. Bali United, on the other hand, drops down to the 2020 AFC Cup group stages.

Tai Po head coach Davor Berber has been saving his first teamers for this match, playing out the reserves in Tai Po’s last two matches (a 1-0 Sapling Cup defeat and a 4-2 home defeat in the league, both to Kwoon Chung Southern District RSA) in order to ensure the best team for this very clash, yet Kedah dismantled the Hong Kongers with relative ease, with former FELDA United talisman Hadin Azman scoring a quick brace that damaged Tai Po even further in the 47th and 66th minute. Tai Po managed to salvage some pride though, with Chan Man Fai reducing the deficit in the 68th minute to make it 4-1. However, it was Tchétché and his Kedah side that would have the final say, as the Ivorian completed his hat-trick in the second minute of injury time to make it 5-1 Kedah at the end of the night.

Other than the crushing win, Kedah fans were also treated to several other sights, namely debuts for not only Tchétché and Azman, but also Kpah Sherman, Amin Nazari, and Irfan Zakaria, as well as the debut for Kedah’s AFC Champions League jersey. In lieu of Kedah’s usual green and yellow colors, the jersey, made by Italian sportswear company Lotto, was white with checkered patterns colored green, yellow, and red. The ACL jersey will also serve as Kedah’s third jersey in domestic competitions.

A daunting trip to South Korea awaits Aidil Sharin Sahak’s men next week, while Tai Po drops down to the 2020 AFC Cup group stages, where they would hope to become top dogs of the East Asian Zone following the non-participation of North Korean teams this year, who had regularly dominated the zone in recent years. 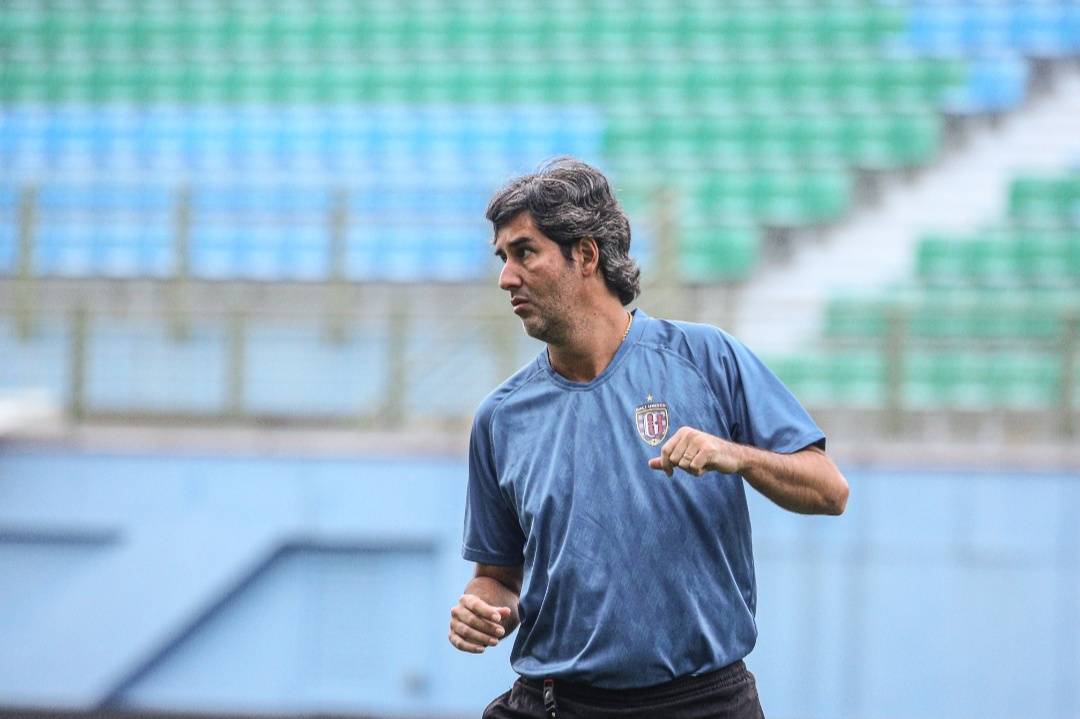 Tampines and Bali Fight for Victory Date in ACL Rematch 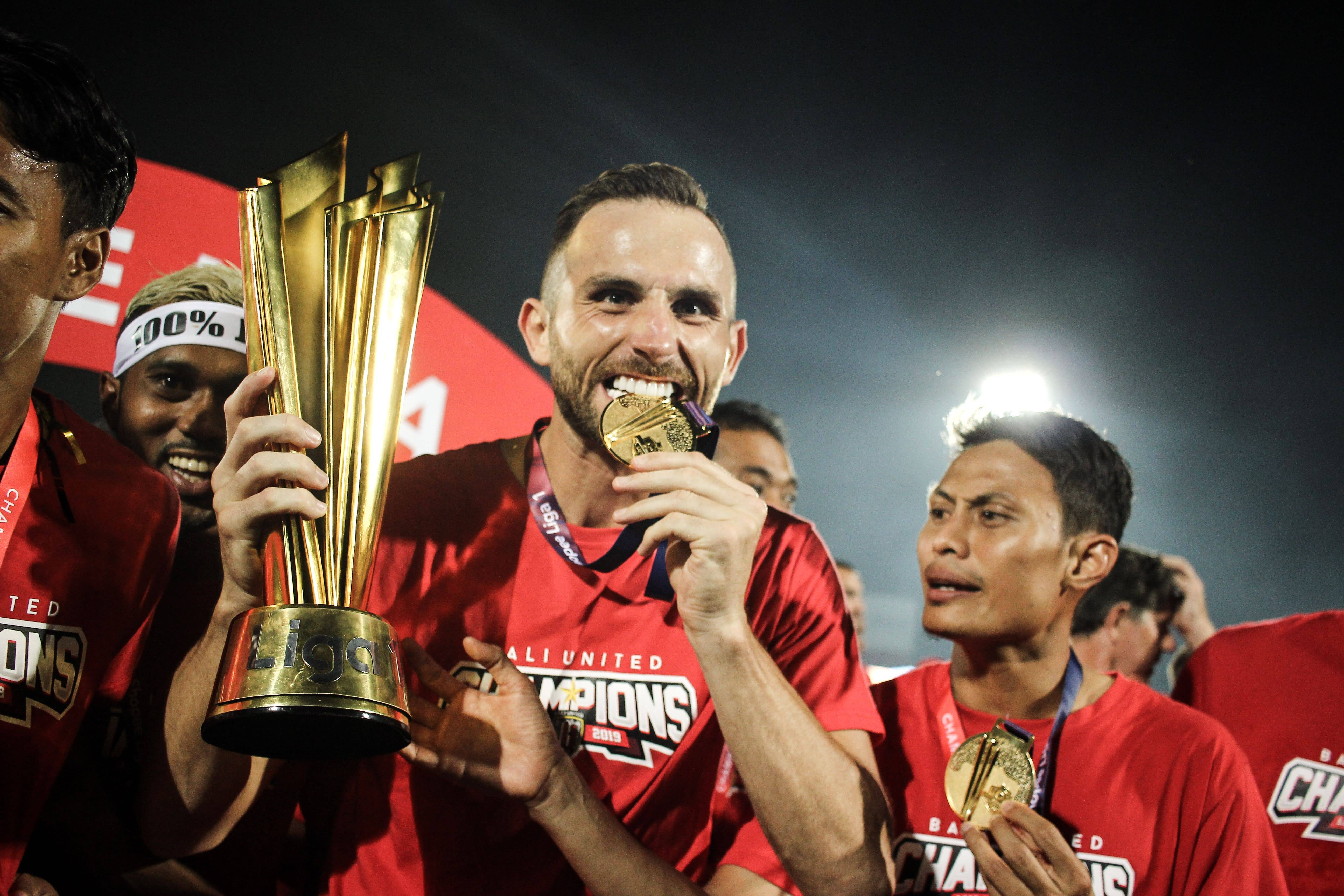 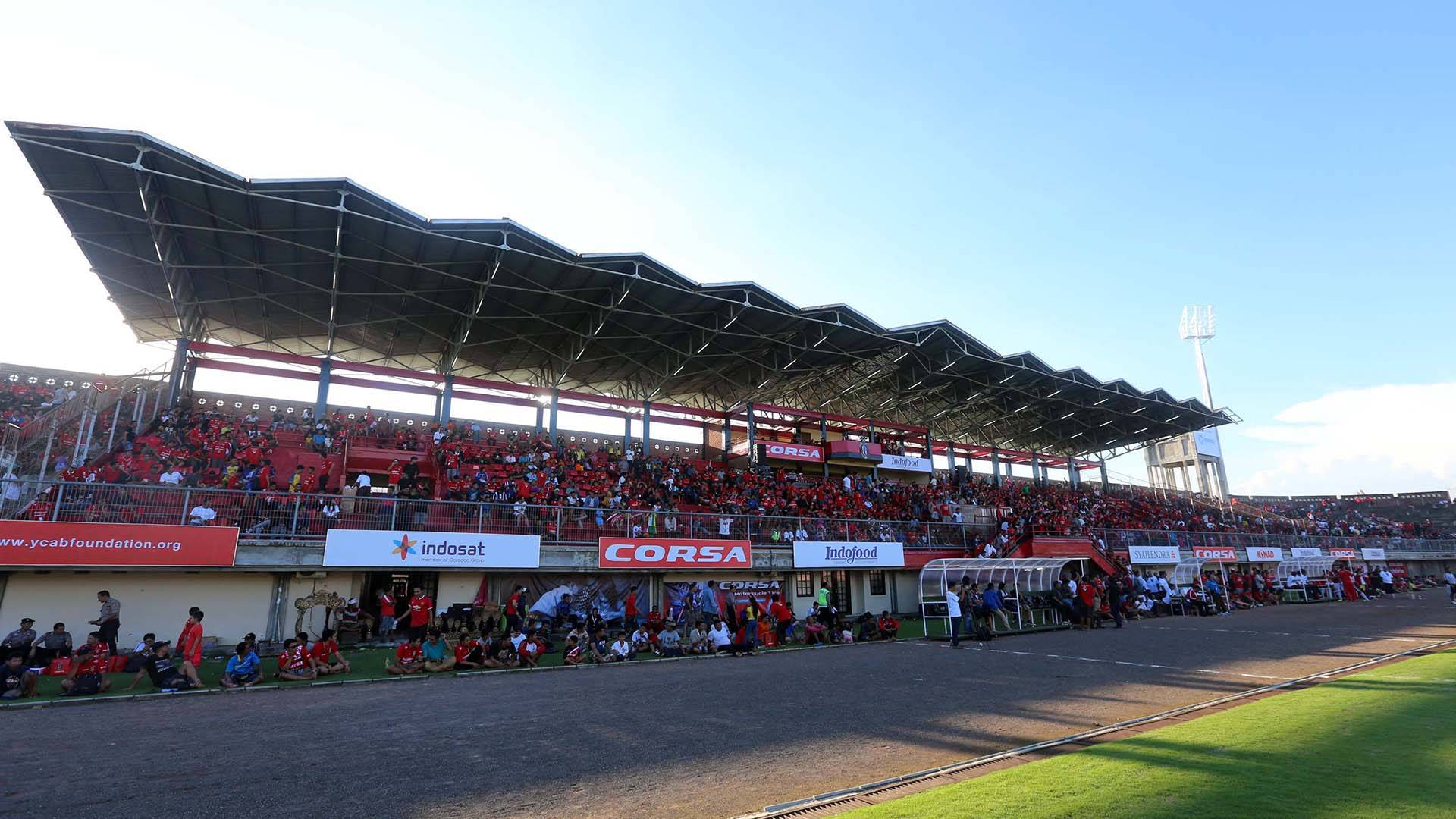 Bali United to Host Their 2020 AFC Games at the Patriot? 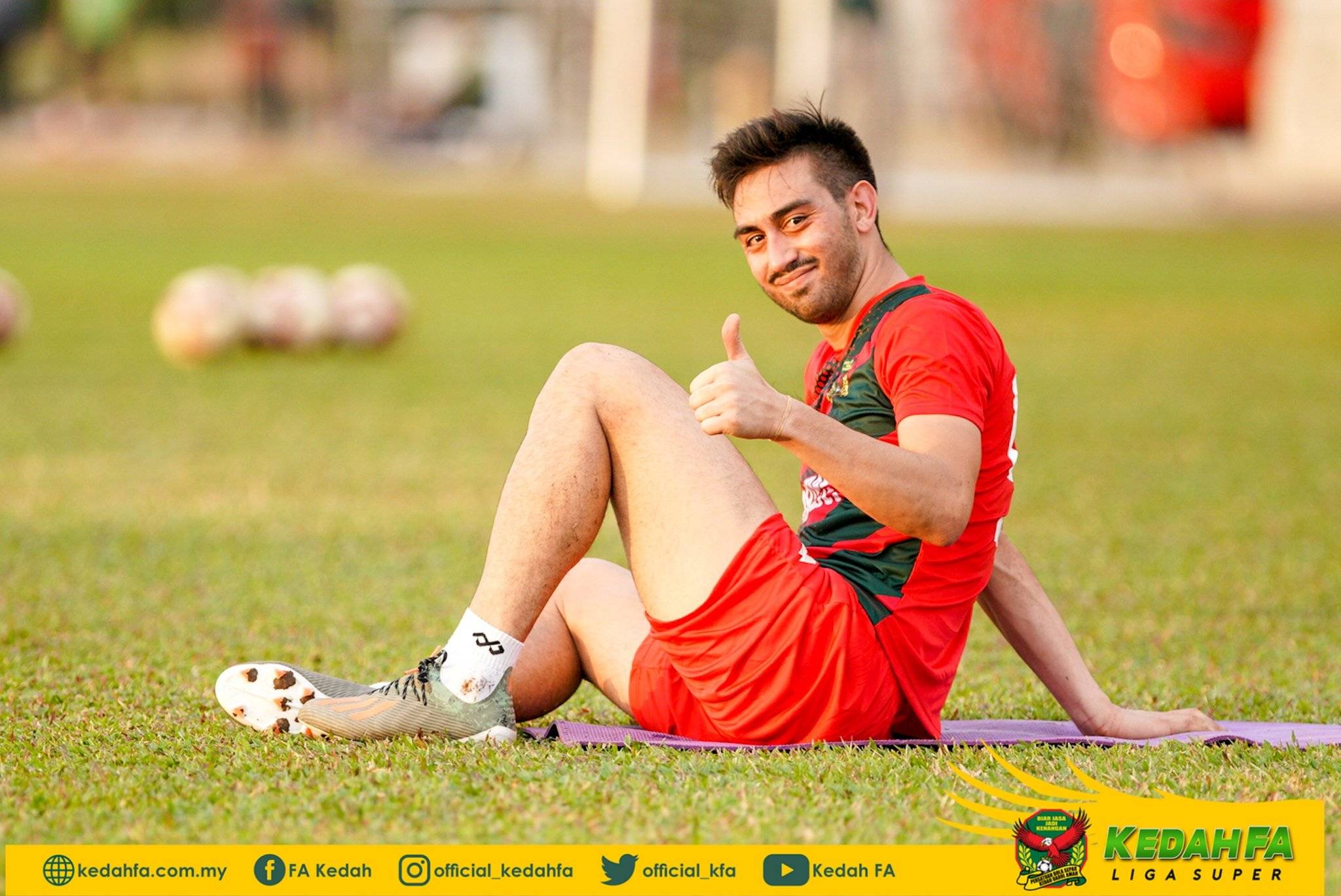 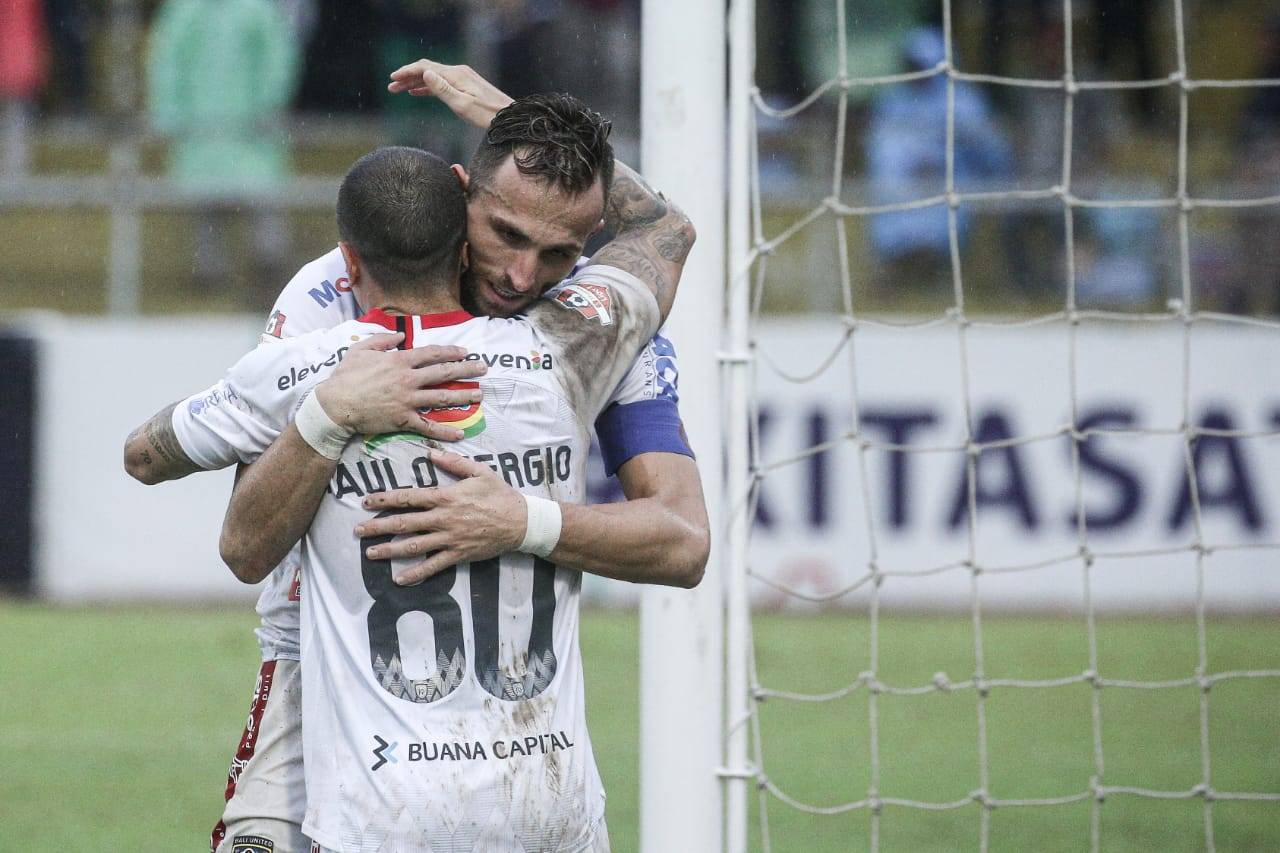 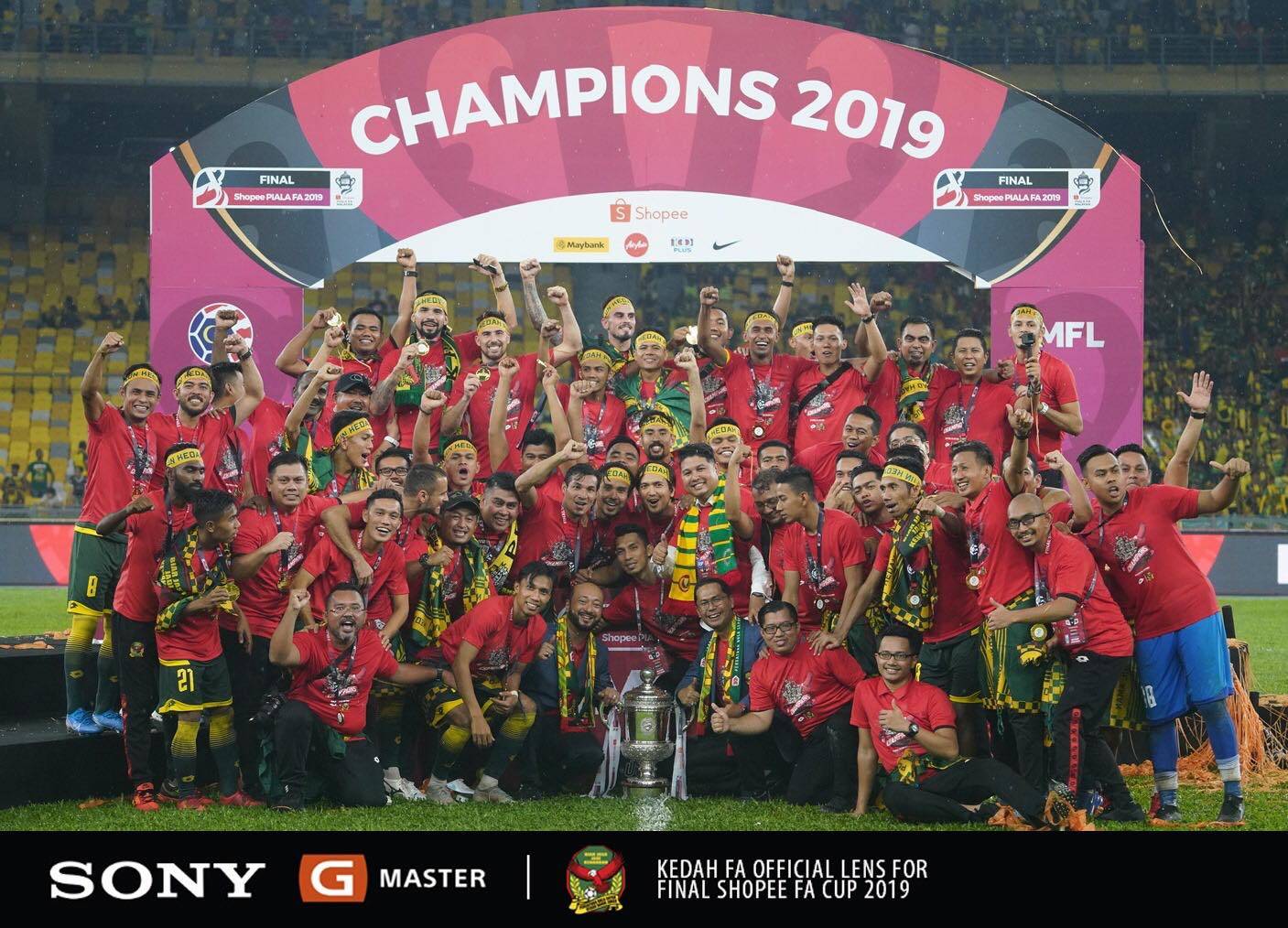