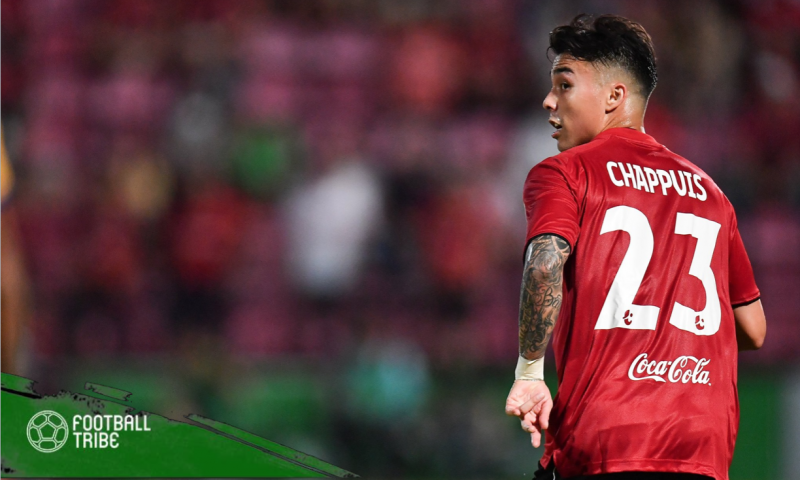 Muangthong United’s Charyl Chappuis is one of the most instantly recognizable names in Thai football. Born and raised in Switzerland, the midfielder hit the highs of stardom and success when he arrived in Thailand, winning trophies with Buriram United and helping the War Elephants to win their first AFF Cup in over a decade as part of the nation’s ‘Golden Generation.’

However, after an injury-ridden spell at Suphanburi, Chappuis has been forced to reinvent himself in order to return to the top in a unique and compelling tale of hardship and perseverance. Football Tribe’s Gian Chansrichawla and Obb Deewajin caught up with Chappuis to talk tactics, social media pressure, the Thai national team, and his fight to return to his best.

What are your thoughts on your own performance this year?

This was the most difficult year of my career. I have never had a situation like this, as from the beginning of the year I didn’t play and I wasn’t in the plan for the first eleven. It was something new. I was very disappointed. But I think I did quite well the times I came in, especially against Port and PTT Rayong, I showed I was ready and I really worked hard on myself. I waited for my chance and luckily I got it with Gama.

Of course, it was not a great season for Muangthong, especially in the first leg. But now, I am happy to play. I’ve played almost every game since Gama arrived. In terms of points, I think we’ve done quite well, but of course, I want more.

You know, it’s not easy to be Chappuis. I have to tell you this. I play well against Bangkok United, and everyone is talking about the national team. But in the same way, it also goes in the other direction quite fast. If I play badly in one game, people say: ‘he’s not good, he’s not fit, he has other things on his mind’