In a repeat of both the Champions Cup and FA Cup final of last season, all-conquering champions Buriram United take on the pragmatic ‘cup-side’ Chiangrai in the opening match of Thailand’s domestic football season. To look ahead to this match, Football Tribe Thailand’s Obb Deewajin, and South-East Asia editor Gian Chansrichawla both share their thoughts as these rivals face off in yet another grudge match. 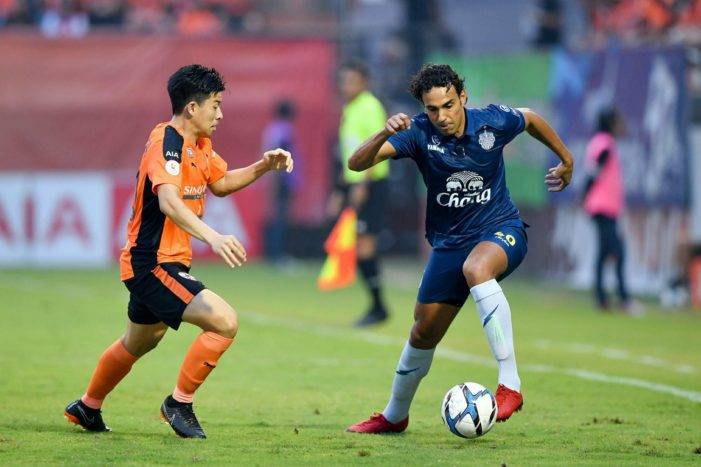 Seven-time Thai League winner Buriram United heads into the 2019 Thailand Champions Cup after an emphatic 3-0 victory over 2nd tier Angthong FC.  Having been beaten by Chiangrai United on penalties in 2018, “The Thunder Castle” have built up Saturday’s game as a chance for revenge.

Losing key man Diogo Luis Santo will definitely have an impact on Buriram’s overall quality, and Bozidar Bandovic must be allowed time to adjust to life after the Brazilian. Yet, the team is as strong as ever in other areas. Ex Brazil international forward Osvaldo took a little while acclimating to life in Thailand but has been in superb form, being involved in 7 goals in the last 8 league games last season. He’ll be expected to fill in Diogo’s vacant space, linking play and creating chances in the final third.

What’s interesting is who’ll partner him up front in Bandovic’s 3-4-1-2 formation. Although signed as a replacement for Diogo, Maïga couldn’t be more different. So far, the Mali international has operated more like a target man, using his strength to hold up play and fancying his chances in the box. He could be a real threat against teams which sit deep.

On the other hand, Javier Patiño’s game offers more flexibility as he returns from a fine Asian Cup campaign with the Philippines. However, at the moment, Maïga and Osvaldo seem like the prefered pairing.

Main striker “Bill” Rosimar Amâncio returns somewhat chubby but with his goal instinct is still in tact as evidenced by his pre-season scoring record. Additionally, core members of the 2018 squad, such as left-winger Chaiyawat Buran, defender Shinnaphat Leeaoh and ex-South Korean international midfielder Lee Yong-Rae are in great condition.

The few new signings by Chiangrai United have been pretty much on point. Defender Brinner Henrique a like-for-like replacement for the towering Victor Cardozo, while experienced midfielder Peerapong Pichitchotirat offers great passing range which should complement Chiangrai’s pacey attack well.

We’ll probably see a more open game than the previous meeting between the two with both wingbacks playing an important role in Saturday’s game. There’ll be a lot of chances created and whoever makes the most of it will be the likely winner. Cheers to a great evening of football! 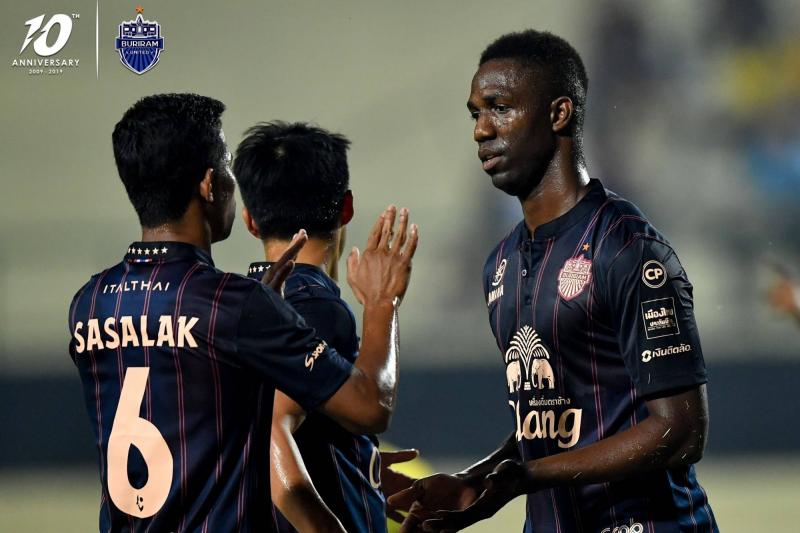 Thai League fans prepare to see this fixture what appears to be the millionth time in the last few seasons, but this iteration of what is quickly becoming a classic rivalry holds a little more weight. Chiangrai United are expected to adapt to life on a tighter budget next season, while Buriram have the unenvious task of attempting to defend their title in the absence of Diogo Luis Santo, arguably the best player to ever wear the club's jersey.

Chiangrai's new coach, Jose Alves Borges, is expected to be more expansive than his predecessor Alexandre Gama by most observers. However, with a midfield which looks more adept at soaking up pressure than dominating games on the front foot, it's hard to see anything other than possessional dominance from Buriram.

While the Beetles are known for their pragmatism and ability to win cup matches, this game will show exactly how much of that was down to the influence of the now-departed Gama. Bill, William Henrique and Sivakorn Tiatrakul probably hold the Beetles best bet on the counter-attack, but if Buriram can introduce new signings Maiga and Hosogai into the picture, I only see this game going one way. 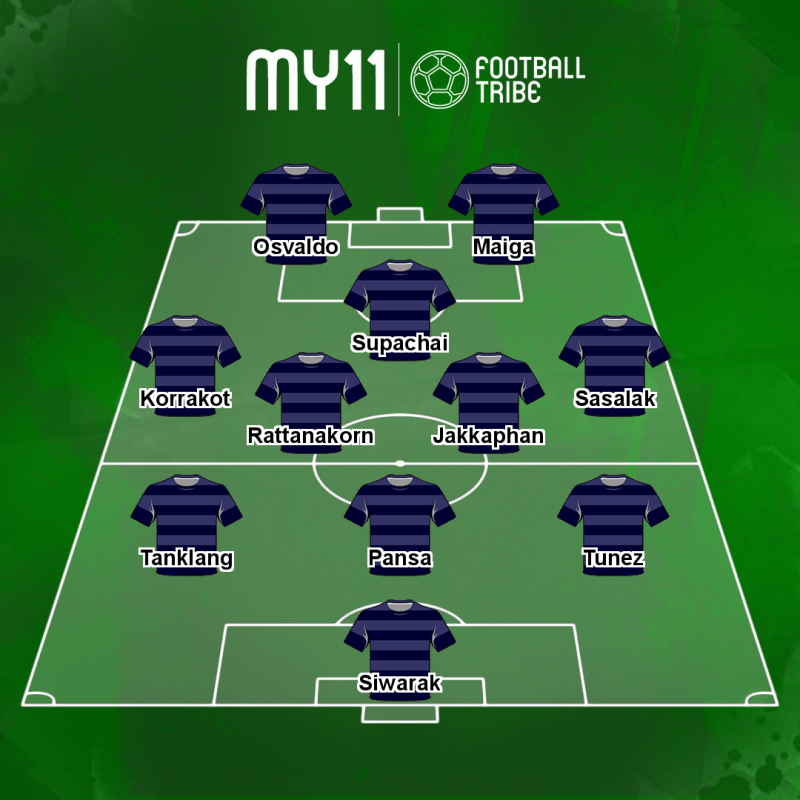 Having not yet appeared in pre-season, questions remain about the availability of new signing Hajime Hosogai from Kashiwa Reysol. As such, Jakkaphan and Rattanakorn continue to play in a double pivot in the middle of the park. Additionally, how the team lines up in their first competitive game since losing Diogo Luis Santo will be another point worth observing from this match. 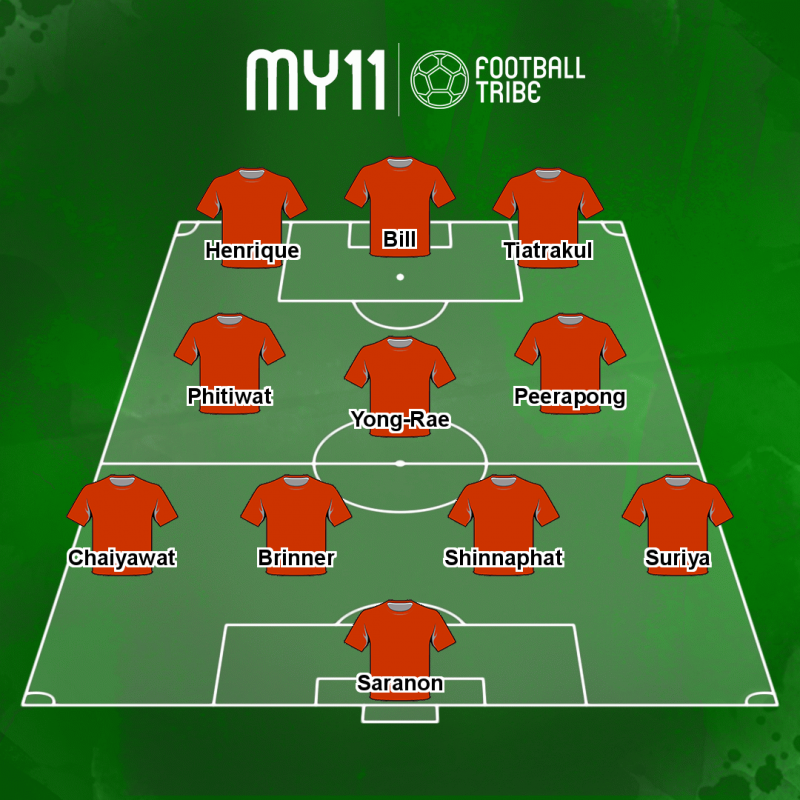 With right-back and captain Piyaphon Phanichakul currently ruled out with injury, left-back Suriya Singmui is likely to deputize in his place with Chaiyawat Buran covering from him on the opposite flank. The slightly conservative midfield is the same one used by the Beetles in their Leo Cup campaign, with the tried and tested front three of last season lining up to have another go.