Aryn Williams showed how a goal can turn the fortunes of a match as well as a player with his 86th-minute strike late into the game to propel NEROCA FC to top of the I league table.

Except for the goal on the 86th minute, Aryn Williams had a game he would not like to remember as it was studded with galore of misses from situations where it is nearly impossible to miss.The first opportunity came as early as 2nd minute As Williams found himself at the end of the cross with no defenders around him but the Australian failed to hit the back of the net despite having the goalkeeper at his mercy.

On the other end, Churchill Brothers had an opportunity to score in the 26th minute as Britto’s low cross found Nicholas Fernandes who went for a “Ronaldoesque” back-heel flick between his leg rather than a conventional tap-in to spill an easy chance to get the visitors on the score sheet.

NEROCA’s Bosnian forward Nedo Turkovic looked off-colour from the start as he failed to get into spaces behind the Churchill defenders to get into scoring positions.Aryn William again had an opportunity to capitalize on a defensive error of Hussein Eldor as he found himself in a one-on-one situation but his feeble shot went straight into the goalkeeper.

Both teams went into the break with no goals added to their respective sides. In the second half NEROCA Coach Gift Raikhan made two changes and introduced Pritam Singh on the flanks in place of Gopi Singh and Turkovic was replaced by veteran Indian striker Sushil Singh.

Sushil tried his best to win a couple of headers from the towering duo of Sunday and Hussein Eldor but his glancing headers went off the target.

The script of the match could have been narrated and summarized about Aryn Williams missing string of goals that are impossible to miss and the NEROCA fans at the stadium were left to exasperation as they seemed to resign to the fate of losing two points at a crucial phase of the title race.

But it all changed in 86th minute as William finally found his scoring boots as he controlled the ball in the box and rolled it past Churchill goalkeeper James Kithan to give NEROCA 1-0 lead as they managed to hold onto the lead for the remaining duration of the game to secure top of the table position as of now with 31 points from 16 games, while Minerva FC and East Bengal still holds the advantage having played two games less than NEROCA FC. 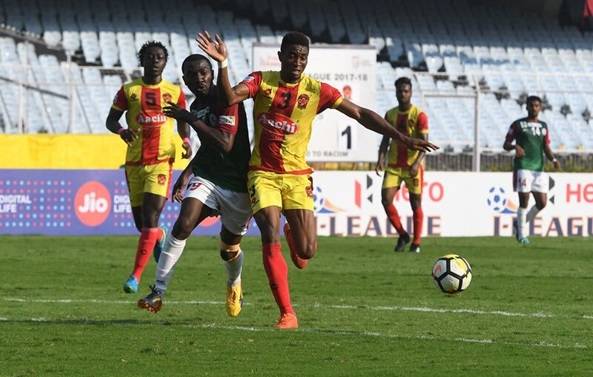 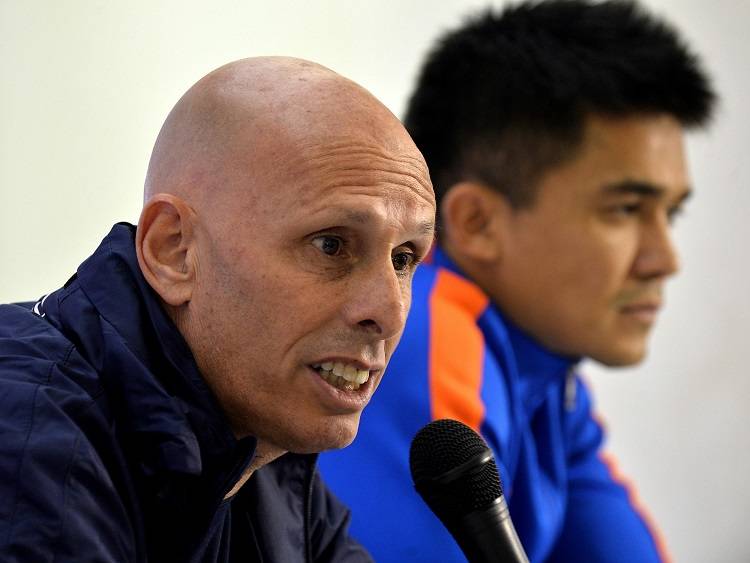