The Thai League 1 side win the title with a 7-1 aggregate triumph in the final after hammering Sanna Khanh Hoa 3-1 in the first leg in Hanoi on 24 December.

Khanh Hoa opened the game with a powerful attack strength and could even take the lead five minute before halftime after midfielder Lam Ti Phong was fouled inside the box by Nukoolkit Krutyai.

However, Youssouf Toure’s penalty effort was blocked by Kawin Thamsatchanan.

In the second half, the home team finally broke the deadlock with a shot from Adisak in the 54th minute, before Thossawat Limwannasathian doubled the score.

Teerasil Dangda, who will leave for J1 League club Sanfrecce Hiroshima next season, fired past Nguyen Tuan Manh to display the dominant power of Muangthong.

Siroch Chatthong secured the big win for Thai club a minute into the end of the game. 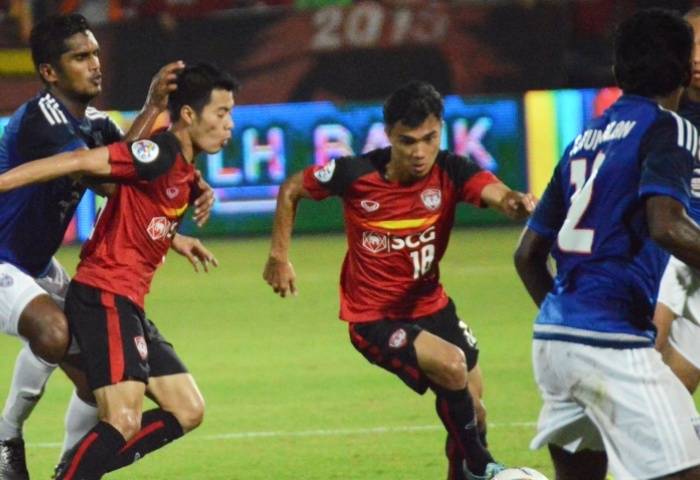