Reports have revealed a Barcelona-squad meet-up at Lionel Messi’s house with team morale on the rise following the Catalans’ crunch 3-2 victory against Valencia prior to their weekend tussle against Atletico Madrid, an absolutely necessity given the tight league race among the three leaders at the top.

Celebratory chants from within the house could be heard from across the street, with the “Campeones” chants certainly worth noting because Barça are still in the race for La Liga and are currently sitting third.

Obviously the reunion – or celebration – triggers certain questions. Although it is only natural for one to say it’s nothing unusual for the team to rally together in the home stretch of the campaign, there are others opting to think it’s a farewell rumble for their captain. Messi’s future has been decidedly a major storyline throughout the 20/21 campaign, as his contract expires in the summer and he is yet to renew.

Regardless of which clubs dotted lines he will finally sign on, there is still a trophy to play for so the timing for any farewell meeting does have credibility. It’s also possible the celebration served as a time for the team to get on the same page in the spirit of camaraderie to boost morale before their final four league matches. Barcelona hopefuls, not least Joan Laporta, are keeping their fingers crossed that winning another trophy could help entice Messi to stay on at Camp Nou.

In retrospect, the squad coming together for a home celebration at their celebrated skipper’s pad is a testament to Messi’s leadership and can only be a good sign for the upcoming matches. 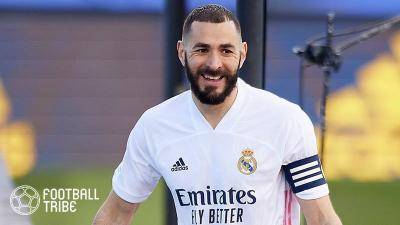 El Clasico: Benzema claims Lionel Messi ‘does everything for Barcelona’ 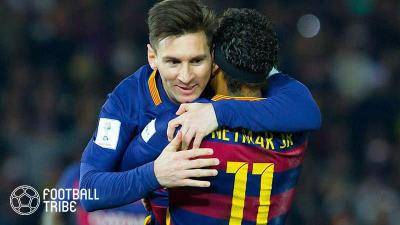