So what’s gone wrong with Liverpool? Everything, apparently. Jurgen Klopp’s team have suffered a meltdown that has been a long time in the making.

Citing injuries as the most simple explanation for the side’s problems would be the easiest way to account for the defending league champions’ fall from grace. And injuries have been a significant factor with the defending Premier League champions having lost a number of key figures whose long-term absences have had a drastic impact on the team’s performances.

However, hubris is the more complex and painful answer that is the root of the painful current collapse. An avoidable crisis, its roots can be traced back to the Champions League win two years ago, as the recent 3-1 vengeance exacted by Leicester City on and the dip in form since Christmas are the telling symptoms. In reality, the malaise started long before this run of appalling performances.

The aftermath of the victory over Tottenham Hotspur in Madrid two years ago was the perfect time to strengthen the squad as Liverpool were then European champions and the tradition at the club has always been to build from a position of power. Unfortunately that did not happen.

In the summer of 2019 Liverpool did not invest in players who could challenge the first team. Klopp’s favoured XI were clearly magnificent and went on to win the title and the only addition to the squad was Takumi Minamino in January last year.

Liverpool’s brilliant foray into the preceding season clearly confirmed that Klopp and the owners had made the right decisions, with the title effectively won last March, brought on in part by the coronavirus pandemic, which actually played its part in uncovering some unpalatable truths – opposition sides had begun to figure out Klopp’s tactics as the team began to slowly pass its peak.

In the interim period of the short close season after winning the title, Liverpool gambled again, this time by strengthening up front and in midfield by bringing in Diogo Jota and Thiago Alcantara, except that those attractive signings obscured what proved to be a flawed transfer strategy.

Dejan Lovren was granted permission to leave for Zenit Saint Petersburg. Although the Croat’s career at Anfield was underwhelming, nonetheless his departure left the club with just three senior centre-backs. And venturing into the season undermanned in such a crucial area was foolhardy, to say the least. And this move has backfired badly.

Virgil van Dijk, Joe Gomez and Joel Matip have suffered long-term injuries, with the loss of Van Dijk, in particular, massively disrupting the balance of the entire squad. The catalytic thrust that turned Liverpool from also-rans into winners, losing the 29-year-old Dutchman to a major ACL injury badly crippled the Reds. Then, the injuries to Gomez and Matip only helped to pile on the misery.

It’s also obvious that Liverpool needed a centre-back more than they needed Jota and Thiago. No club with pretensions to win League and UCL titles can afford to go into a season with just three front-line central defenders.

Had sports director Edwards been able to get rid of players who were surplus to requirements to free up cash, the issue might have been addressed. As it were, he could not make the deals and the likes of Divock Origi and Xherdan Shaqiri remained at the club.

Then there’s also the unusualness of Klopp’s style of team with the full-backs being the creative hub. Styled in this manner, their effectiveness has been compromised by the current prevailing flakiness at centre-half. And co-opting midfielders like Fabinho and Jordan Henderson into the back four has only served to further disrupt the imbalance.

As a result of the failure to restock the squad and buy players who suit the team’s style, Liverpool have lost identity, purpose and belief.

The difficulties have been exacerbated by playing in empty stadiums. Klopp’s squad feeds off the emotions of spectators in a manner that was more pronounced than any other Liverpool team in club history. Without the crowd they now appear to have fallen flat.

Klopp is indeed now faced with an existential crisis and a monumental task of cleaning the Aegean stables and quickly turn things around. As it is, he is suffering from personal loss – his mother died last month – and a professional crisis as Liverpool face a real uphill battle to finish in the top four.

Whatever the final outcome, the 53-year-old German will need to make changes at the end of the season. The paucity of recruitment in the past two summers is manifesting itself now.

Liverpool may have to rebuild from a position of weakness after missing the opportunity to reinforce when they were dominant. 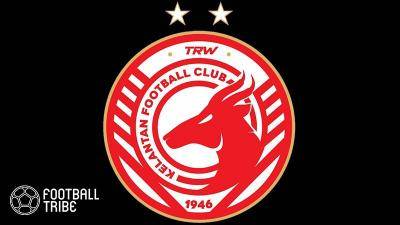