The Chonburi FC striker is set to join Trat FC on-loan in hopes to realise his potential.

Sittichok Paso, 21, came up through The Shark‘s youth rank, technically gifted with an eye for goal, he was included in The Guardian’s 60 of the best young talents in world football in 2016 and spent a short-spell with J3 League’s Kagoshima United FC in 2017. Unfortunately, Sittichok’s career has stagnated after his loan deal in Japan was terminated – a turn of events that must have had a huge negative impact on the youngster’s confidence.

“Sittichok Paso is one of our academy graduates with great touch and ability. He is a member of the club’s young blood group we have long term plans for.” Chonburi FC general manager Sasit Singthothong told chonburifootballclub.com.

“We decided to send him out on-loan to earn some valuable Thai League experiences through increased playing opportunities. We hope Sittichok Paso trains well, keep on improving himself, before returning to represent us in the future.”

As he grew, the massive weight of expectation looms bigger and bigger over Sittichok. Fans constantly demand magic with every touch he takes while every little mistake is widely scrutinised at the same time. Due to stress, Sittichok returned from Kagoshima a shadow of himself and soon got visibly chubbier after only a few months back – something he attributes to missing Thai food.

Obviously, ‘Rage Eating‘ is not something a professional football would want to be associate with but to put the blame on Sittichok alone is somewhat unfair because Chonburi FC is partly fault for the player’s tough time abroad. For, you see, when the club sent Sittichok to Kagoshima…they sent there alone. A teenager, who can’t speak Japanese or English, alone for 3 whole months abroad in a totally new environment. He was given a car but never venture anywhere else except his apartment, the training ground and the occasional supermarket stop with teammates who hike a ride home.

At youth level, Sittichok was unplayable, making him more often than not the untouchable star of the team. In Japan, however, he is a regular player and, most importantly, alone. He left Thailand with massive hype only to return prematurely from the loan spell which could have lasted a year long. And many fans were quick to label him a failure.

Things got even worst for him as in the past few seasons, Korrawit Tasa and Suphanat Mueanta have overtaken Sittichok as Changsuek’s prime striker prospect. Still, it’s much too early to mark Sittichok as a flop. Chenrop Samphaodi, a fellow national team forward, took the opportunity and managed to reignite his form during his time with Trat FC in 2019. 3 Thai League goals and 3 assists from the first leg of the season helped erased some negative perception fans generally have about Chenrop, earning the Muangthong United striker a move to Port FC and BG Pathum United respectively.

Considering head coach Sasom Pobprasert’s preference to sign and field the more experienced players, there is no better time for Sittichok to look for chances elsewhere. Overcoming the unrealistic expectations placed on him will be tough but should be Sittichok’s main concern this season. Go pay with a clear mind, ignore the criticism and focus on the small victories ahead.

Brazilian target man Ricardo Santos and the pacey Kang Soo-il is likely Trat FC’s guarantee starter in their go-to 4-3-3 formation thus leaving a vacant space for Sittichok. The benefit of more playing opportunity, at a club with far less attention, can not be understated. If Sittichok can find his feet spearheading The White Elephant’s attack, this could be an important turning point in Sittichok’s career. 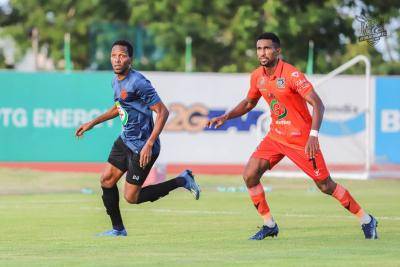 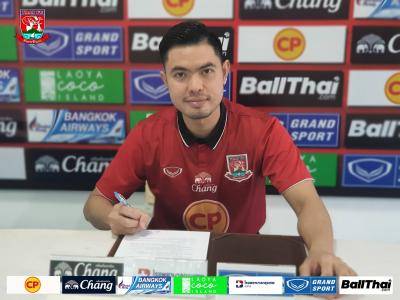 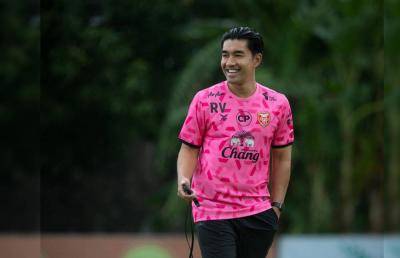