Rayong FC finished third to win their first-ever promotion to the Thai League 1 (T1) – that was quite a surprise considering the Dragon Horse did so by having the 4th worst defensive record of any Championship (T2) side in 2019.

The sea club is many expert’s relegation contenders, winless in 4 games, and already parted ways with head coach Chusak Sriphum. The decision to postponed the league to due the Covid-19 concerns may have been a blessing in disguise for Rayong FC since it gives them time to look for a new boss and, most importantly, focus in training. They need to turn their luck around quickly after the league resume – below are a few players who could do just that.

The former-BG Pathum United forward netted 9 goals across all competitions in 2019 as Rayong FC the club’s historic promotion to T1. Nanthawat can fit in as a striker or down the flanks and has started twice, plus 2 more substitute appearances, in 2020. The Thai U23 looked lively on the ball and thanks to Rayong’s limited squad size and attacking options, he can expect to have plenty of game time.

Signed from Trat FC at the beginning of the season, Tossaporn Srirueng is a Thai League veteran with an abundance of experience for clubs such as Pattaya United, Army United and BEC Tero Sasana. Still just 29, Tossaporn is a great shot-stopping style of keeper and he’ll have to be on his toes as Rayong FC fight to avoid relegation. Outthilath Nammakhoth’s nightmarish performance against Muangthong United (making 3 horrible mistakes which cost his side the game) only highlights the importance of having a reliable, Thai League proven, goalkeeper.

Wearing the captains’ armband for Rayong FC is all-action midfielder Anuchit Ngoenbokkhol. A strong tackler with good passing range and also a goalscorer – Chusak Sriphum won promotion with a team built around him. If things turn bad for the Dragon Horse, a couple of T1 clubs will certainly be inquiring about Anuchit. 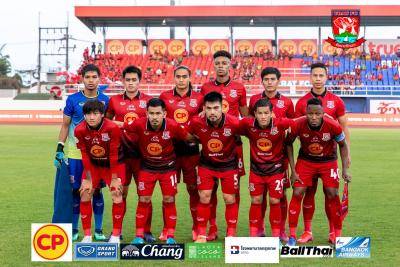 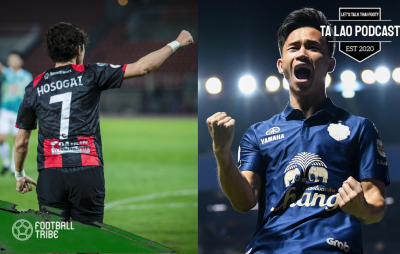 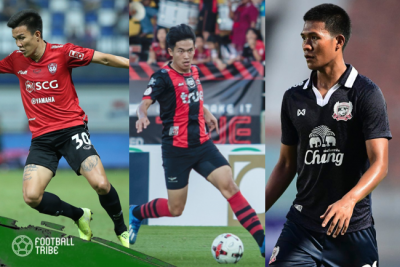