The 2020 J.League 1 season has finally kicked-off today and the league’s opening action did not disappoint fans at all. A thrilling curtain-raiser match at the Shonan BMW Stadium Hiratsuka saw Urawa Red Diamonds fight back from an early goal down to triumph 3-2 over hosts Shonan Bellmare. Urawa debutant Leonardo was the standout performance of the match with a goal to his name, while the match was decided in Urawa’s favor by a late goal courtesy of Takahiro Sekine. Also making his debut in this match, but for the green-blue of Shonan, is former AIK and Olympiakos striker Tarik Elyounoussi, with the Norwegian international missing a penalty deep into the second half.

Urawa started the match lethargically, in a performance reminiscent of their disastrous 2019 season. Shonan, on the other hand, started brightly and went straight for the attack. Soon enough, Urawa’s lethargy caught up with them as Shonan punished them emphatically, with the Hiratsuka-based club opening the scoreline in the 6th minute thanks to Naoki Ishihara.

Stung by Shonan’s opener, Urawa slowly started to grow themselves into the game, settling into their own rhythm of play as Tsuyoshi Otsuki’s men fought hard to find the equalizer. And Urawa’s persistence paid off in the 39th minute – Shinzo Koroki, the talismanic striker that he is, had his effort saved by the Shonan goalie, only for him to sting in the rebound to give Urawa the equalizer. And shortly afterward a little dose of Samba magic earned Urawa the lead – Leonardo rifles in a header in the 42nd minute to make it 2-1 Urawa. The scoreline stayed that way as the referee blew for half-time.

The second half started quite brightly for Shonan, with their faithful fans cheering behind them, the boys from Hiratsuka tried their best to regain control of the game. Which they did quite emphatically on the 65th minute – Urawa were caught napping on the corner, giving former Urawa man Naoki Yamada all the time and space needed to head in his team’s equalizer.

Around five minutes after Shonan’s equalizer, a historic moment made itself known to J.League fans everywhere – the first usage of Video Assistant Referee (VAR) in the league. Urawa’s Daisuke Suzuki was adjudged to have handled the ball inside the box with his hand while stopping a Shonan corner and after consultation with VAR, the referee gave Shonan a penalty and a chance to turn things around. Cue Tarik smashing his penalty against the crossbar much to the dismay of his teammates and the Shonan fans flocking the stadium.

Tarik’s penalty miss would soon cost Shonan dearly, as in the 85th minute of the match, Quenten Martinus made an excellent run through the Shonan defense before lobbing the ball towards Sekine, who danced around his markers before unleashing a low shot that went past the Shonan goalie. 3-2 for Urawa and the scoreline remained until full-time.

The first matchweek of the 2020 J1 season continues tomorrow and on Sunday. 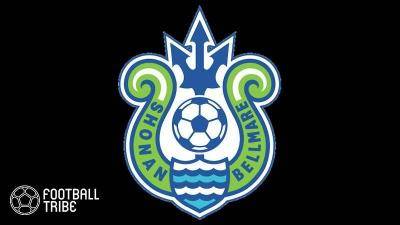