Thailand made history as they qualified for the knockout stage of the AFC U23 Championship for the first time thanks to a draw against Iraq on Tuesday night.

Thailand knew they would go through if they could avoid a defeat in their final group A clash – and what a start it was for the host when VAR penalized Iraqi defender Najm Shwan for a hand-ball.

Winger Jaroensak Wonggorn converted the penalty to put Thailand in the 6th minute.

However, the West Asian side drew the game level four minutes after the break via Mohammed Nassif. Murad Subeh almost won the match for Iraq but his header flew straight towards goalkeeper Koraphat Nareechan who was able to parry from close range.

One point was enough for Thailand to make it out as Group A runners-up behind Australia. The journey ends for Iraq and Bahrain, who finished as 3rd and 4th place respectively. Here are five things we learned from the War Elephant’s historic evening. 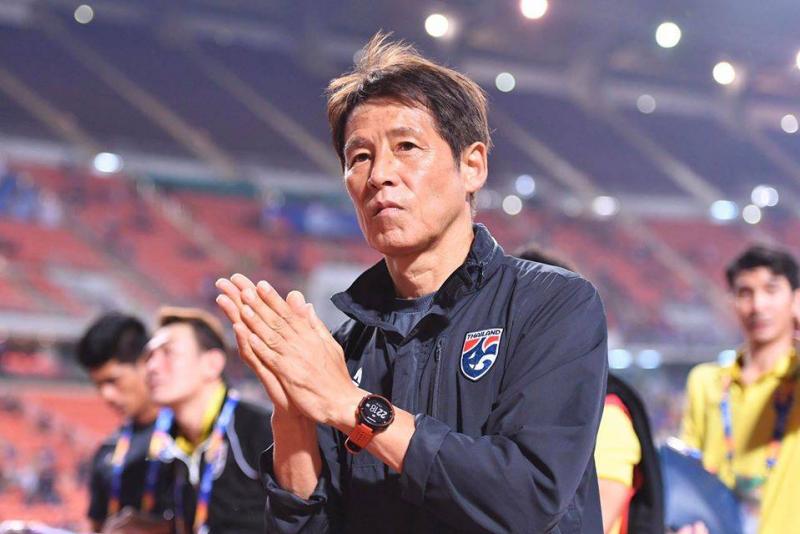 Since taking charge of the Thai national team, Former Japanese National Team head coach Akira Nishino has pulled off quite a few tactical surprises, especially when it comes to his starting XI. Seven changes were made from the Australian match, with four of the incoming players making their first appearance in the competition.

Nishino often spoke of the need for fresher legs and many expect the Thais to rotate. Still, no one thought there would be seven changes. It was a massive risk in a game they couldn’t afford to lose but luckily it all worked out in the end for Nishino and his team. 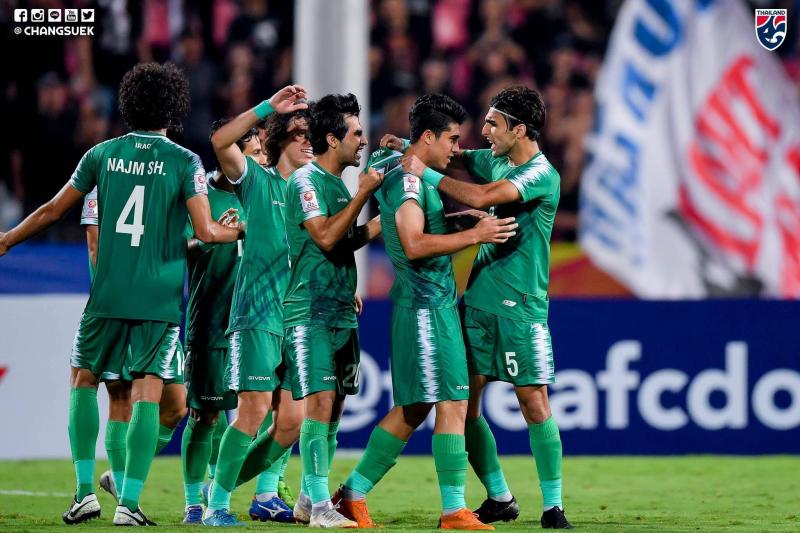 Iraq flew in a total of 14 open play crosses and posed a threat all game from wide areas. Four out of their ten key passes also came from the flanks. Mohammed Nassifs’ equalizer all began with an amazing run by attacking midfielder Mohammed Mezher.

However, Suphanat and Worachit were exhausted and struggled hard to closed-down the Iraqi crosser. Perhaps the West Asian side could've exploited this weakness more and, on another day, the chances they created were probably enough. 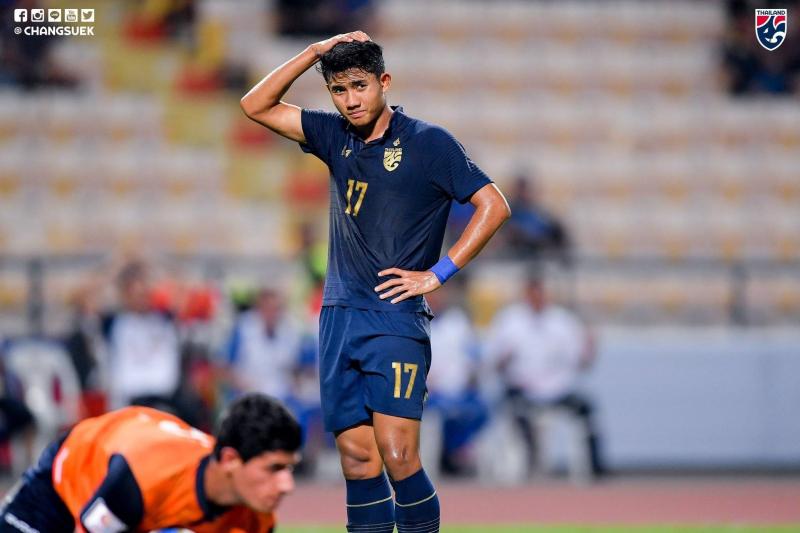 Suphanat Mueanta started the tournament with a brace versus Bahrain but was unfortunately substituted in the 64th minute against Australia due to injury.

The Buriram United wonderkid was only fit enough for light training a day before the Iraq decider. Yet, Nishino threw Suphanat into the starting XI.

Switching between left-wing and striker, Suphanat sacrificed his offensive duty to help Thailand fight off the storming Iraqi attacks. But Suphanat, being Suphanat, still managed to create chances for himself with his excellently timed runs behind the Iraqi backline.

No other Thai players took as many shots as the 17-year-old (4), all of which were on target. There is a sense that Suphanat was holding back - that the injury risk was at the back of his mind. Or maybe he was just unlucky. On another night, he might have converted one of those chances and added a few new records to his amazing list. 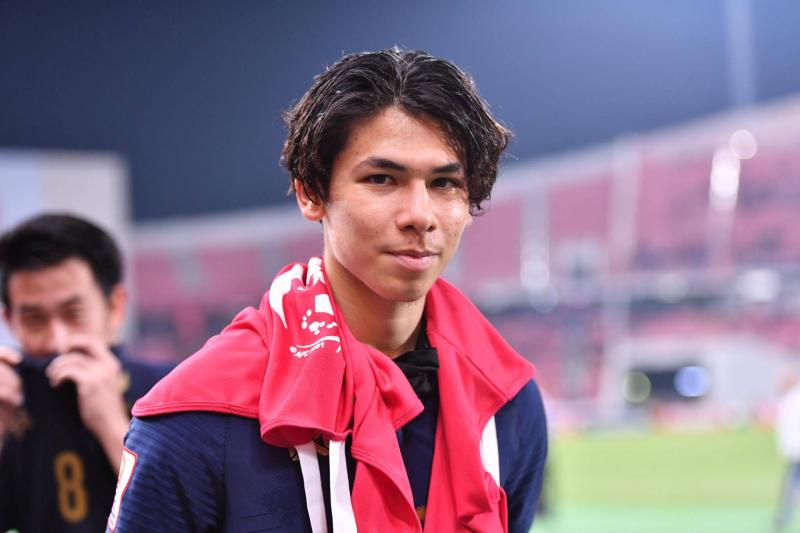 Fans were excited when Nishino announced his final squad for the tournament, which included Ben Davis, and the Fulham FC youngster finally got his chance to play competitively for the War Elephants in this match.

Drafted in as a 'False 9' in place of Supachai Jaided, the midfielder did his best to advance Thailand's attacking play. His contribution to the game included two key passes, four ball recoveries and three shots on goal, proving a formidable threat to the Iraqi defense.

He was eventually hauled off in the second half to be replaced by Supachai, but his performance has opened a small window into what his potential could soon be once he fully acclimates to playing in Thailand. 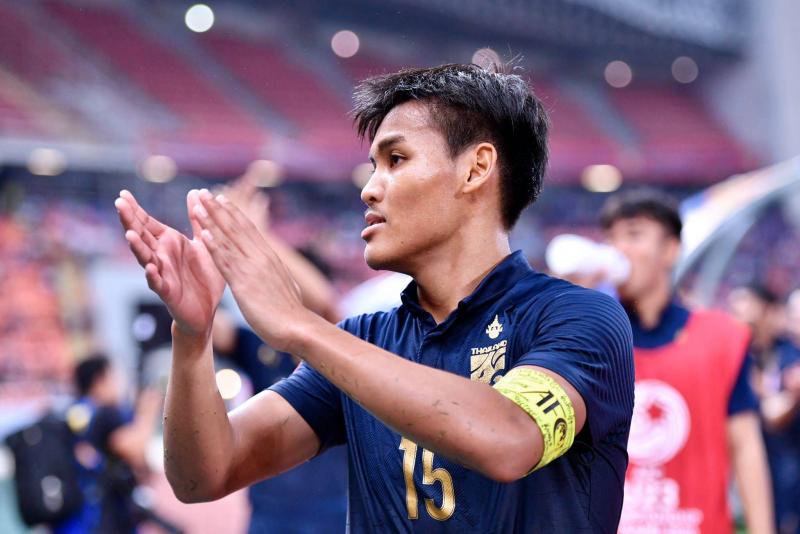 Captain Saringkan Tightens Up The Backline

Saringkan Promsupa is among the minority of players who have played every minute of the tournament so far, and the defender even took on the responsibility of the captain's armband in the absence of Shinnaphat Lee-Oh in this match.

After an impressive breakout season with Muangthong, Saringkan has taken those performances to the National Team, showing his leadership to organize and his aggression to win the ball during an onslaught of Iraqi attacks during the final stages of the game.