Indonesia kicked off their 2019 SEA Games campaign in the best way possible as they comfortably dispatched defending gold medalists Thailand 2-0 on Tuesday. Considering how Thailand are the favorites coming into this match, this comes as a surprise as Indonesia managed to outclass their stronger opponents with relative ease, having taken the lead as early as the 3rd minute thanks to rising star Egy Maulana Vikri, before Persebaya Surabaya’s Osvaldo Haay ensured the three points late into the match. Football Tribe Asia’s Krishna Sadhana, Steven Danis, and Obb Deewajin take a look on 5 things that everybody learned from this match: 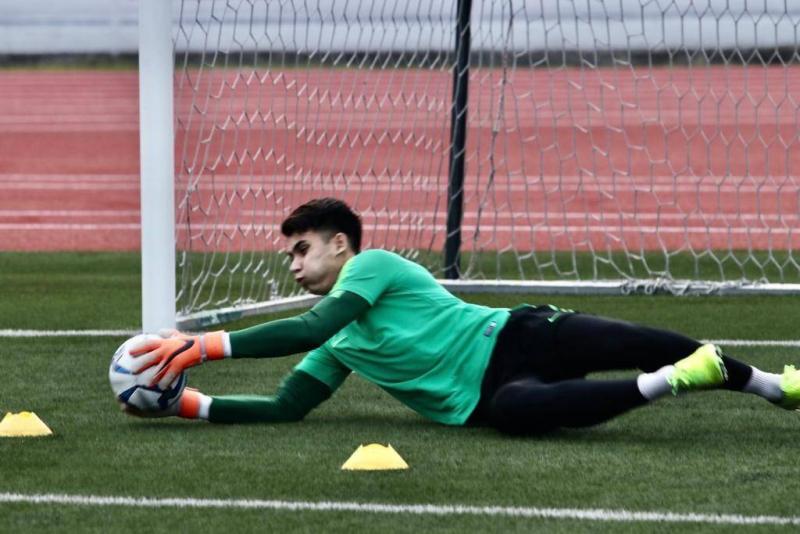 Nadeo A Calming Presence Between the Sticks

A key contributor to Indonesia’s win over Thailand was the presence of Nadeo Argawinata in the Indonesian goal. The Borneo FC goalie managed to confidently face any attack that the Thais sent towards the Indonesian defense and did well to deny the Changsuek any chances to breach his goal. His calming presence between the sticks came as a fresh tonic to Indonesian football fans, who saw their main three goalkeepers in the senior national team – Andritany Ardiyasa, Wawan Hendrawan, and Muhammad Ridho – commit a series of catastrophic errors and disappointing performances throughout the World Cup qualifying campaign that cost Indonesia vital points. Nadeo’s performance during the match and general appearance drew comparisons with Chelsea’s current number one goalkeeper, Kepa Arrizabalaga, and with his young age and growing talent, he might emulate Kepa’s excellence on the pitch should he is given the opportunity to develop properly. It might be too soon to throw Nadeo into the senior national team immediately, but if he is gradually molded through the age groups and phased slowly into the senior setup, he might find himself as Indonesia’s new number one. 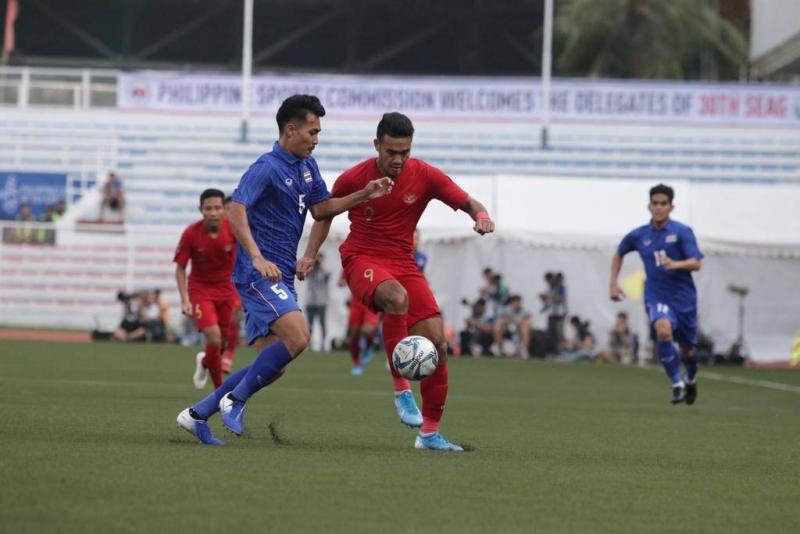 In the buildup of the 2019 SEA Games, the Rizal Memorial Stadium found its natural pitch being removed and replaced with a synthetic one, thus forcing teams playing at the stadium to adapt themselves. Indonesia are one of such teams, having grown accustomed to play in natural pitches, but their display against Thailand showed that Indra Sjafri’s men have done well to adapt themselves with the Rizal’s synthetic pitch. This came as no surprise – Sjafri had previously led Indonesia to the 2019 AFF U-22 Championship title in Cambodia, with Garuda Muda playing their games on the synthetic pitch of the Olympic Stadium of Phnom Penh. A good bulk of the AFF squad made it into the SEA Games squad, meaning that they needed little to no time in adapting themselves with Sjafri's counterattacking style of play on the pitch. This earned the players some words of admiration from Sjafri, who said that the players had done well to implement his strategy during the full 90 minutes. 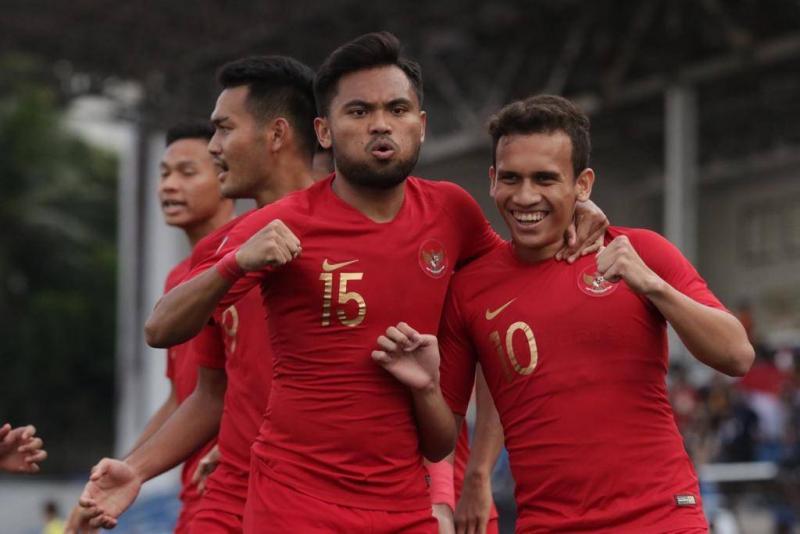 Egy Shows His Worth

During Indonesia’s title-winning run at the 2019 AFF U-22 Championship, a notable absence in Garuda Muda’s squad was Egy Maulana Vikri. The Lechia Gdansk youngster was not included in Sjafri’s squad back then, however he has been included to sharpen Indonesia’s attack in the 2019 SEA Games. He paid Sjafri's trust by scoring the quick opener against Thailand, which surely boosted his confidence for future matches to come. With the likes of Saddil Ramdani, Muhammad Rafli, and Witan Sulaeman, all of them capable attackers, working alongside Egy in the Indonesian squad, the team's very confident in picking up more points after dispatching Thailand. 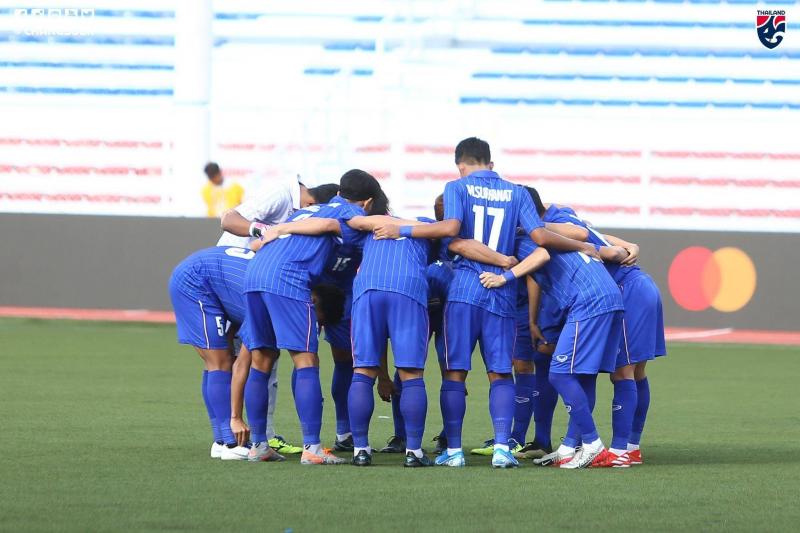 In a tournament where you play every 2 days, squad rotation is expected, and Akira Nishino chose to mix his players up since Matchday 1. Left-back Thitathorn Aksornsri, goalkeeper Nont Muangngam and young striker Suphanat Mueanta were a few of those many didn't expect to see start against an Indonesian side Nishino quoted in his post-match conference to be the stronger team. Garuda Muda played with great intensity, organization and determination. Midfielder Evan Dimas showed why he was brought to the squad and Saddil was unstoppable on the wing. Sjafri's men were clear deserved winners and it was helped by the Thais' squad rotation. 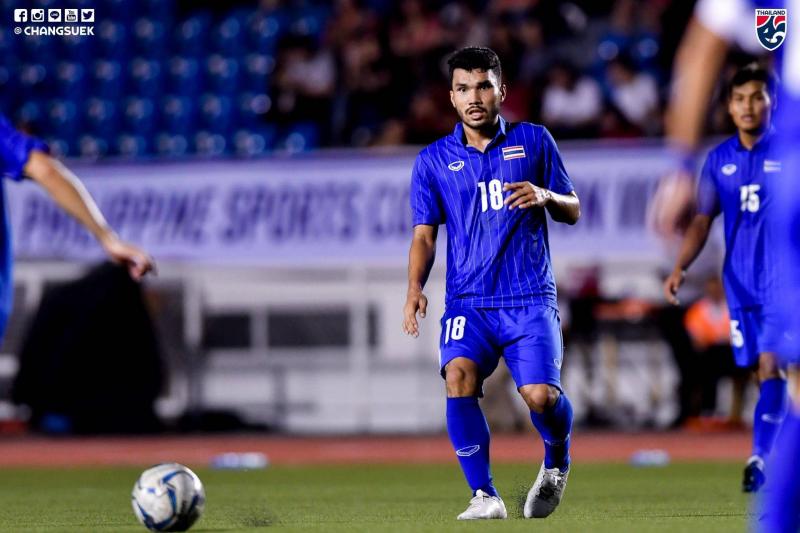 Time's Up for the Kritsada-Chatmongkol Partnership?

Speaking of Thailand's squad rotation, one area which certainly let the team down is central midfield where Nishino went with Kritsada Kaman and Chatmongkol Thongkiri, a defender turned ball-winner and a box-to-box workhorse, respectively. The 2 started together and didn't look convincing, in the 2-1 friendly defeat to China earlier this month. Playing these types of players alongside one another diminished the side's ball circulation - no wonder the players looked lost in possession. Kritsada and Chatmongkol couldn't get the team ticking against China and the same happened against Indonesia, a team who was happy to sit deep and wait to counter with pace, power and precision. Kritsada gave China a goal when he lost the ball in front of his own penalty box. And in this game, gifted Indonesia's second when he suffered a cramp in the opposition half which led to a counter-attacking situation.