Both Thailand and Indonesia emerged from matchday 1 with unsatisfying results but to very different degrees. Group C is already shaping up to be one of intense rivalry, with every game generating immense anticipation and excitement from across the region. Ahead of tonight’s must-win game for both sides, Indonesia’s Steven Danis and Thailand’s Obb Deewajin compare the two sides: 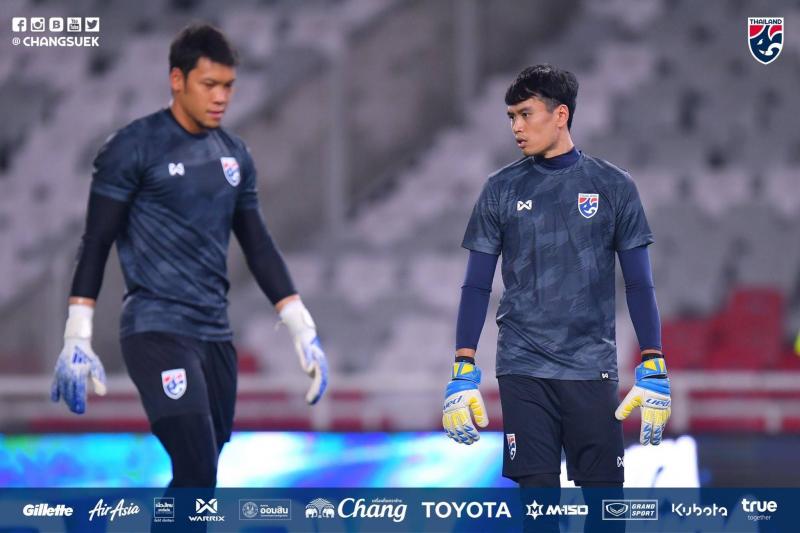 Indonesia - Andritany Ardhiyasa: The captain looks will still become the man between Garuda's sticks once again. With his experience and his personal ambition after missing the game against Changsuek in 2018 AFF Cup, I think Andritany will give his best for the Garuda and forget his blunders against Malaysia.

Thailand - Siwarak Tedsungnoen: It was a little surprise to see OH Leuven's Kawin Thamsatchanan attending the pre-match press conference but most fans will be expecting to see Siwarak Tedsungnoen captain Thailand once again following a fine performance and clean sheet from last game. 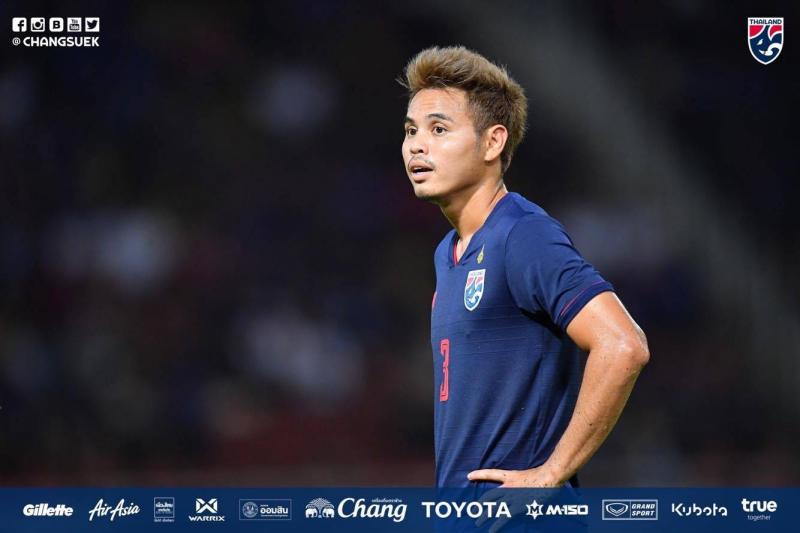 Indonesia - Yanto Basna: In my personal opinion, Yanto and Igbonefo - the duo who play in Thai League - might fit in Simon's XI due to their experiences against the foes' attackers. However, Basna is the best option to play alongside with Hansamu who played incredibly in the last game. Both have also paired up for years in AFF Cup and other competitions.

Thailand - Theerathon Bunmathan: Theerathon was Thailand's best outlet when playing out from the back. The Yokohama F. Marinos fullback's excellent technique and ice-cool persona will be a crucial element which could help the War Elephant withstand Indonesia's pressure. The hosts also looked vulnerable down both flanks - an area Theerathon could capitalize. 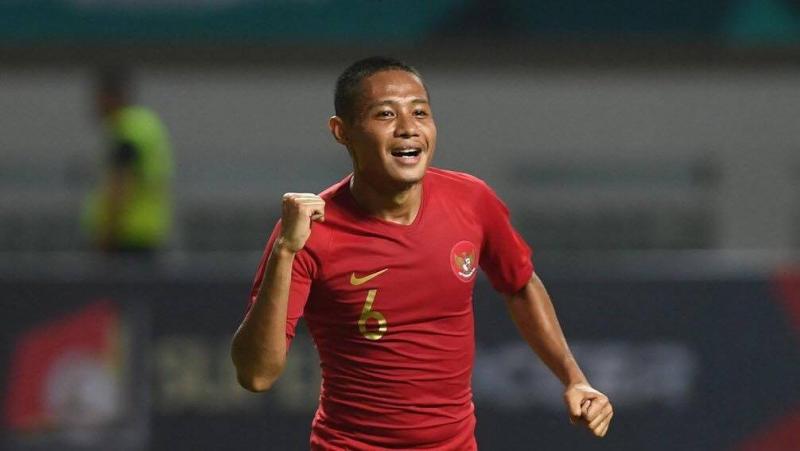 Indonesia - Evan Dimas: He holds the key of Indonesian's gameplay. A masterclass passer that is also a genius reader of the game. I hope that Evan will still be paired with Zulfiandi for 90 minutes as their chemistry has been built since their time in youth teams when they played together. Remember that Zulfiandi beautiful goal against Thailand in 2018 AFF Cup? Both know how to divide the spaces and give shocks to Thai's defense area.

Thailand - Phitiwat Sukjitthammakul: Phitiwat had a great senior team debut versus Vietnam and was unfortunate to get injured but is available to feature against Indonesia. The Garuda needs at least a point, following their defeat to Malaysia, and will be fighting with passion - throwing themselves in to win every second ball. The Chiangrai United midfielder offers tremendous energy and fight - he'll play a key role in winning those loose ball in the middle of the park. 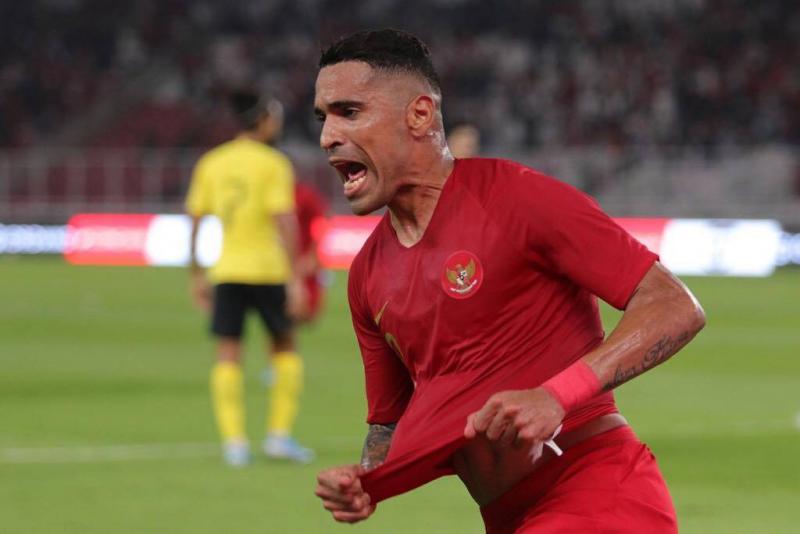 Indonesia - Beto Goncalves: With a brace on the last game there's no doubt that Beto will be a starter against Thailand. His physical strength will be a good point when he had a duel with Thai-German defender Manuel Bihr.

Thailand - Supachok Sarachat: Against Vietnam, the Buriram United star looked lively cutting inside from the left flank and was unlucky not to score twice. The Indonesian defense had a tough time dealing with the Malaysian wide attackers and Supachaok Sarachat, with Marinos's Theerathon Bunmathan supplying passes from behind, could cause the same havoc against the host. 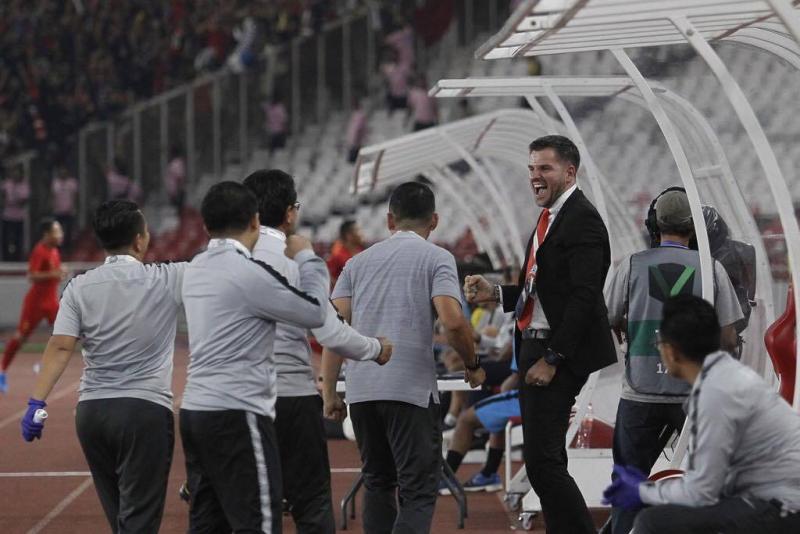 Indonesia - Simon McMenemy: Under the spotlights, McMenemy needs to give more energy to his players as his tactic went well during the first 45 minutes against Malaysia then dropped during the second half as he made two quicky substitutions. I hope that Simon does not make any test as the win over Thailand is key to give the Garuda a chance of qualification.

Thailand - Akira Nishino: The Japanese boss had a fine debut as Thailand head coach and now face another difficult test away to Indonesia. Group G is set up to be a tight contest between the SEA nations - so expect the Thais to go for three points at the Gelora Bung Karno tonight. 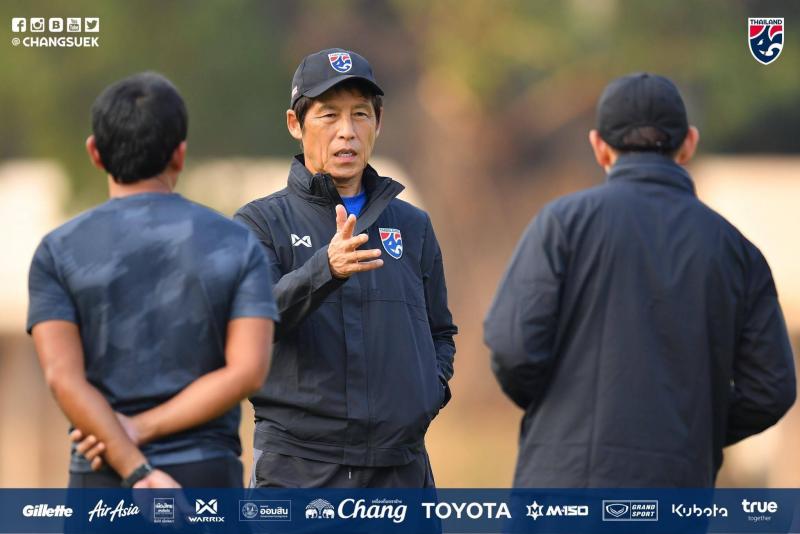 Indonesia: Simon might keep his first eleven against Malaysia in a 4-3-3 formation, but he also can change it into 3-4-3, with trio Hansamu-Basna-Igbonefo, both side covered with Ruben Sanadi/Yustinus Pae and Ricky Fajrin with duo Evan and Zulfiandi on the center. It's slightly complicated as Saddil Ramdani and Andik Vermansyah is on the peak, but maybe Simon just picks one of them and let Stefano Lilipaly play on the other side with Beto on the center as a goal-getter.

Thailand: The War Elephant will likely start in the same 4-4-2 diamond formation. Thitipan Puangchan and Peeradol Chamratsamee has withdrawn due to injury and replaced by Anon Amornlertsak and Patcharapol Intanee - not exactly a like-for-like swap. If Nishino sticks with the same formation, It'll be interesting to see who start as the wide-right forward in place of Thitipan. In his pre-match press conference, Nishino has called for more possession to be played in the opposition third. If that is the case - we might get to see the likes of Sasalak Haiprakhon, Bodin Phala or Sivakorn Tiatrakul in the starting XI.