Keep up to date with the latest action from the Thai League, V.League, Malaysian Super League and Piala Indonesia on Football Tribe: 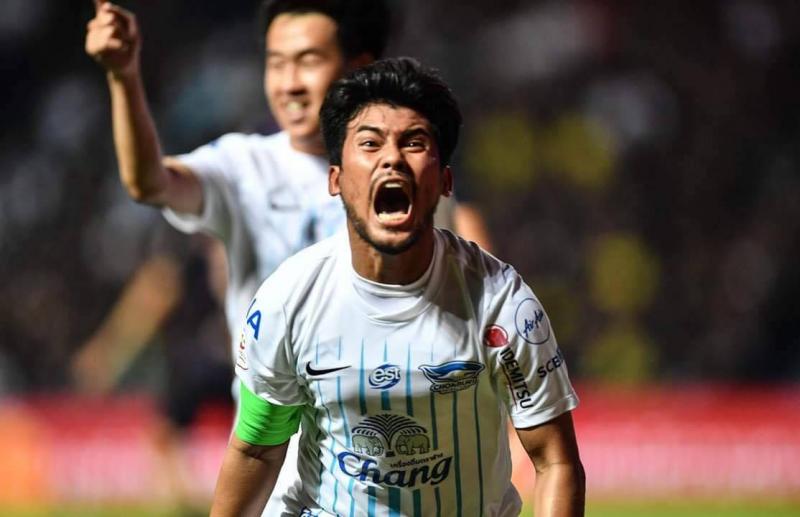 The much anticipated Thai League 2019 (T1) finally kicked off last weekend with all of the favorites failing to win 3 points of matchday 1. And where better to start the season than at the Chang Arena, where 7 time Thai League champions Buriram United welcomed a young Chonburi FC side looking to prove themselves. After a 9th place finish last season, "The Sharks" decided to strengthen their squad of homegrown players with exciting signings such as Myanmar captain Zaw Min Tun, as well as Brazilian strikers Lukian and Patrick Cruz, all of which played a part in the game. It didn't take long for Cruz, the ex-Brazil U20 signed from Pahang, to announce himself when he won a physical battle against Andrés Túñez and played a neat through ball past the Buriam captain to Worachit - the 21-year-old attacker netting the lead in the 57th minute. Buriram United took advantage when the visitors went down to 10 men in the 62nd minute with two quickfire goals from 20-year-old wonder Supachok Sarachat. Things looked to be heading the champions way before Chonburi struck back with a counter-attack - homegrown player .and captain Kroekrit Thaweekan getting on the end of Lukian's cross. With Buriram United managing only a draw at home it was a golden chance for Bangkok United and Muangthong United to get a head start in this season's T1. However, 2018 runners-up Bangkok United were uninspiring against an organized Sukhothai FC. Half an hour in, "The Angels" took the lead against the run of play via new-man Tristan Do. But the home team kept their composure and equalized 13 minutes from time. Elsewhere, Muangthong United welcomed Prachuap FC, a newcomer last season who managed to beat The Kirins home and away last term. Under pressure due to poor results in pre-season, new head coach Pairoj Borwonwatanadilok field a star-studded, attacking 4-3-3 side. They look threatening going forward but conceded through a penalty when new signing Suphanan Bureerat brought down the opposition attacker with a clumsy challenge. AFF Suzuki Cup golden boots winner Adisak Kraisorn were unlucky not to equalize for SCG Muanthong United twice. The visitors could've killed the game off in extra-time but Matheus Alves fired his shot wide when closed down by Dang Van Lam. The towering keeper was impressive on his home competitive debut. 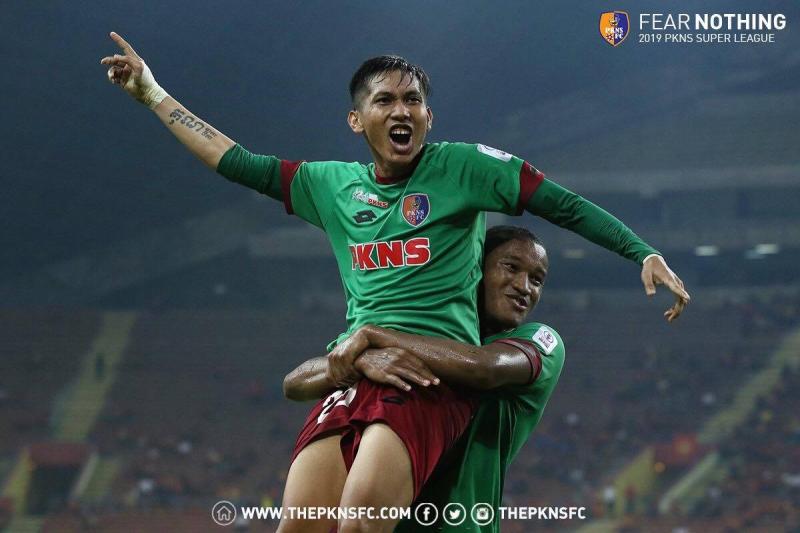 Selangor was humbled by PKNS at the Malaysian Super League. The Red Giants, who lacked imagination and confidence throughout the 90 minutes, were thrashed 4-0 at the Shah Alam Stadium on Sunday. PKNS tasted their first victory of the season while Selangor are still winless after three matches.

Ong Kim Swee's men need to believe in themselves and take it as a learning proses, despite failing to make it to the next round of the U-22 AFF cup campaign. Malaysia, who had come down with a mandatory mission to beat Myanmar in Group B's last game, managed to score three points after a 1-0 win at the RSN Stadium here last night. However, their dream of reaching the semi-finals was denied by Indonesia, who also beat Cambodia 2-0 before finishing behind them and booking their ticket to the second round.

Kedah At The Top Of The League

Kedah have established themselves at the top of the Super League after beating PJ City FC. Previously, Kedah have beaten PKNP and Felda United. They also recorded a 1-1 draw against their traditional rivals, Perak. Shakir Hamzah is one of the newest stars for this Kedah side, scoring two goals despite playing in defense. 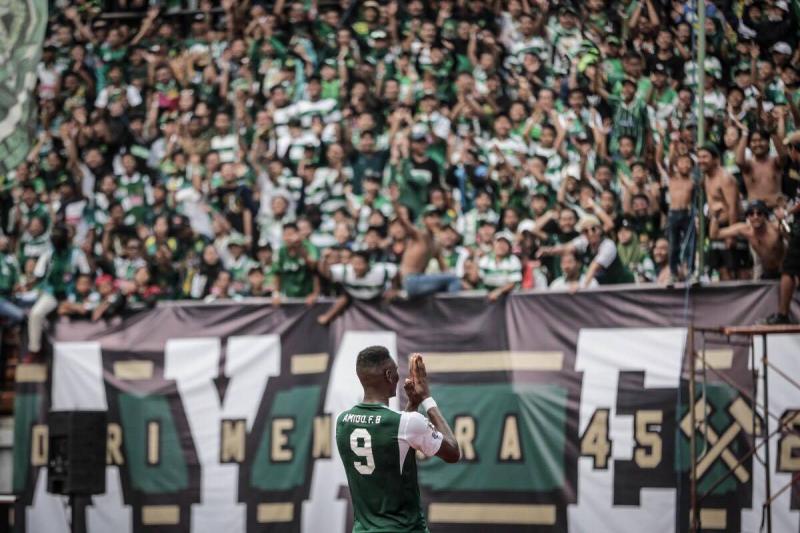 The eight best teams from Liga 1 went through the quarter-final after finishing the second leg of 2018-19 Piala Indonesia this week. PSM Makassar, Persebaya Surabaya, Madura United, and Bali United earned wins while Persija Jakarta and Bhayangkara FC, who previously only draw against PS TIRA-Persikabo and PSIS Semarang, won to secure the positions in the quarter-final. A goalless match in Sleman was enough for Borneo FC to goes to the quarter-final due to their first-leg victory over last season's Liga 2 Champions. Persib Bandung and Arema FC also earned a draw in the second leg, but Persib managed to advance on the away goals rule after managing a 2-2 draw in Malang. Ex-Celtic player Amido Balde became the top scorer with 10 goals after the Guinea-Bissauan scored four against Liga 3 club, Persidago Gorontalo in 7-0 win. The competition is now set for a long hiatus as the quarter-final will be held in June while another competition, President Cup, will take place in March and serve as a pre-season tournament before the start of the league season. 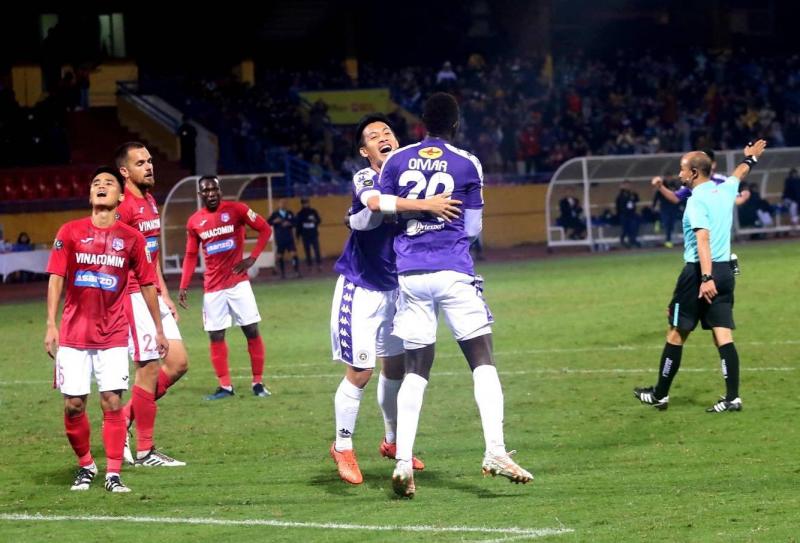 Hanoi FC pulled off a big win on the opening day of the V.League when they overcame Than Quang Ninh 5-0. National team players Van Quyet and Hung Dung put their names on the scoresheet while foreigners Oseni and Omar Faye also found the net.

Hoang Anh Gia Lai pulled off the surprise win of the week when they defeated last year's third-place finishers Sanna Khanh Hoa on their own patch by an impressive 4-1 scoreline. Striker Van Toan made the headlines by registering four assists. New foreigner striker Chevaughn Walsh managed a brace, with the other two goals coming from national team players Hong Duy and Minh Vuong.

After the difficult season battling relegation, Nám Dinh go into the new season considered once again as regelation contenders. However, with the addition of some new foreigners and experienced players, Nam Dinh managed a 3-1 win over Sai Gon FC and now sit at the third place of the league after the first round.