Thailand have the chance to make history as they take on hosts UAE for a spot in the knockout stage at the 2019 AFC Asian Cup. Football Tribe Thailand’s Obb Deewajin looks ahead to this crucial tie for the War Elephants. 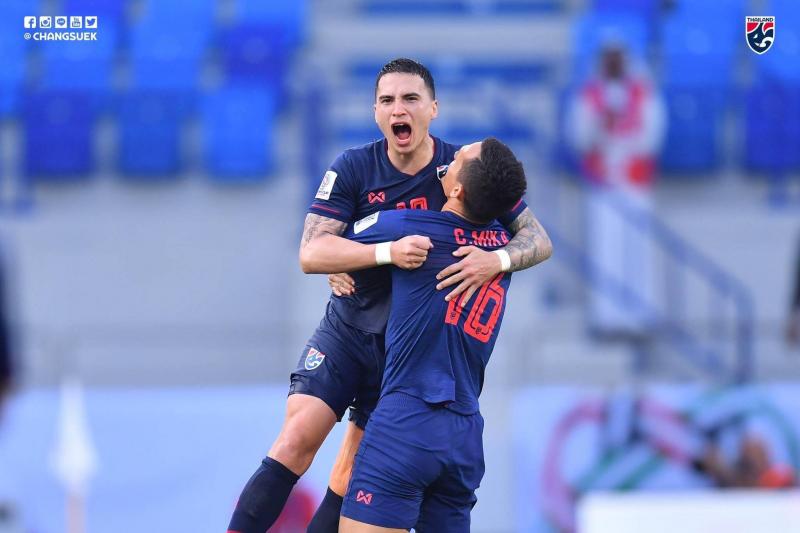 Strengths - Having earned 3 points against Bahrain, Thailand’s first victory over the Al-Ahmar in 38 years, the War Elephants are fully rejuvenated and more confident than ever. Caretaker manager Sirisak Yodyadthai’s decision to adopt the 3-5-2 proved to be a massive success - not only in terms of result but also the performance.

The back three added an extra level of stability to the defence, making it easier to deal with opposition attacks. As one defender closes down an opponent, two of his teammates remain to cover space at the back. Additionally, swapping Siwarak Tedsungnoen for Chatchai Budprom was another welcomed change. The Buriram United goalkeeper dealt with long crosses well and pulled out some vital saves to keep it 0-0 in the first half.

The 2 attacking full-backs were Thailand’s downfall against India, but Theerathon Bunmathan and Tristan Do flourished in the new formation. The presence of a back three lowered their defensive responsibility, giving them increased attacking freedom, as evidenced by right wing-back Tristan Do’s assist for Chanathip Songkrasin’s winning goal.

Weakness - Tanaboon Kesarat has been Thailand’s top defensive midfielder for the past five years, and the sight of him limping off in the 68th minute has caused some major concern amongst supporters. The 25 years old added the much-needed stability to the Thai midfield against Bahrain. Unfortunately, he hasn’t been fully fit since breaking his shin back in August 2017, and there is no other specialist defensive midfielder in the squad. Without Tanaboon, the Thai defence is dangerously exposed and this could cost them the game just like it did in the opening fixture against India.

Player to Watch (with explanation) - Tristan Do

Fast, energetic - a good crosser. Tristan Do has found his form in the victory over Bahrain and will be Thailand’s key outlet on the right flank.

Strengths - The host may be missing talisman Omar Abdulrahman but the quality and experience of this current group are more than enough to trouble the Thais. Ismail Matar and Ali Mabkhout, 2 attackers who were part of the UAE side that finished third in the 2015 Asian Cup, are still here. The last time both sides met was a World Cup qualifier in June 2017, when Matar changed the game as a substitute, nodding down a long ball for Mabkhout’s equalizer. Backed by their own crowd, the UAE’s individual quality and direct play will be something the Thais must watch out for.

Weakness - The hosts’ weakness is their inability to convert possession into clear-cut chances, as well as their vulnerability to counter-attack. So far Alberto Zaccheroni’s side has had over 65% possession in the past two games, but find it difficult to break down opposing defenses. Without Omar Abdulrahman’s creativity, unlocking a compact defence just became much tougher for them.

The UAE is also vulnerable to counter-attacks, especially on the right flank. This is where they conceded against Bahrain on opening day, and Sunil Chhetri also should’ve scored from a close-range header in the 22nd minute which came from a cross down the right wing.

The 28 years old striker has a good mix of attributes - pace, strength, and technique. He is someone who could lead the line on his own, and is the exact type of striker Thai defenders hate to deal with. Mabkhout holds a terrific international record, netting 43 goals for his country from 70 appearances.