Buriram United are Thailand’s most successful club, having won seven titles in the last eleven domestic league seasons. However, the “Thunder Castle” don’t intend to settle, and are always trying to get the edge over new potential competitors. They recently announced a new partnership with German giants Borussia Dortmund, with a focus on youth development and fan engagement. Football Tribe has interviewed Buriram United’s Chief Executive Officer, Thadthep Pitakpoolsin, to get an idea of what this new deal could mean for the club, and for Thai football as a whole. 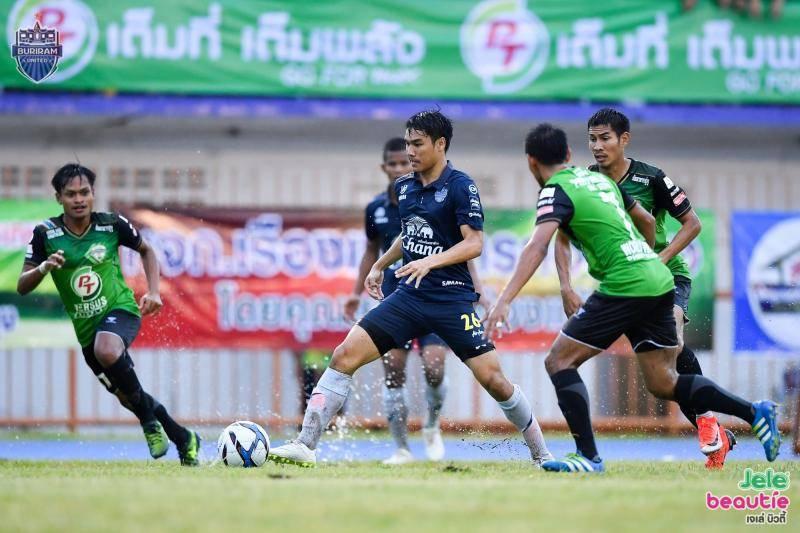 Buriram United have brought some excellent players through their ranks in recent seasons, including the likes of Rattanakorn Maikami, Supachok Sarachart and Supachai Jaided among others. What are the reasons for this increased emphasis on youth development?

There are 3 major issues [we focus on]: 1. Discipline of being a professional football player. 2. Steady football tactics 3. Team spirit

Buriram United’s academy has the exact same system for coaching, tactics and discipline as the first team. If you want to be a good professional player, discipline is needed. Senior players will, and must, be role models for younger players.

Regarding the point about performance on the pitch, our first team already has a steady formation. [Buriram United] plays a modern football style, and we always develop our play style and infuse it into our youth teams as well. With the development going in the same direction, young players will be better prepared for the transition to the first team, and less adjustment is needed. Bringing through players from the youth teams means everyone comes from the same family from the start, meaning they share the same philosophy and goals as everyone else, from the President down to staff. This means that everyone is equal regardless of age or skill, because above that, we are a family. As a result, team spirit is always high and it’s a quality that we strongly believe in. We are always one as a team, no superstars, we win as one and lose as one. These are all factors that I believe make a Buriram United Academy such a strong family and many youngsters can easily grow to be first team players. 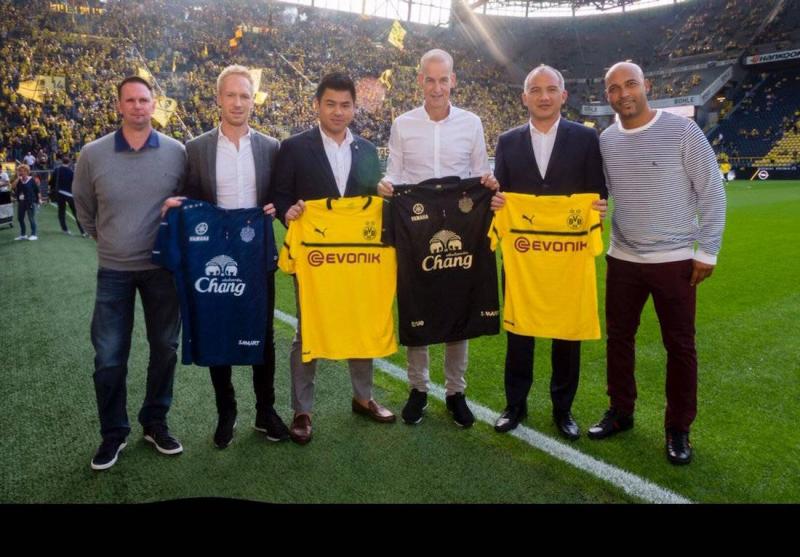 What makes this partnership with Borussia Dortmund an attractive one for Buriram United?

Dortmund is one of the teams we have always admired. We like their style of play and also how the team is organised so professionally. We have always admired the Dortmund fans, who are some of the most passionate around the world, be it their songs or their cheering style. Everything they have done is always reflected in the number of tickets sold per match, as they are always near full capacity; especially the “Yellow Wall,” where only season tickets are sold. Although Buriram United has a proud history of 25 trophies in 9 years, we are still considered an incredibly young club and we look forward to having a top team like BVB as a partner. We believe that there is much we can learn from each other throughout this partnership. 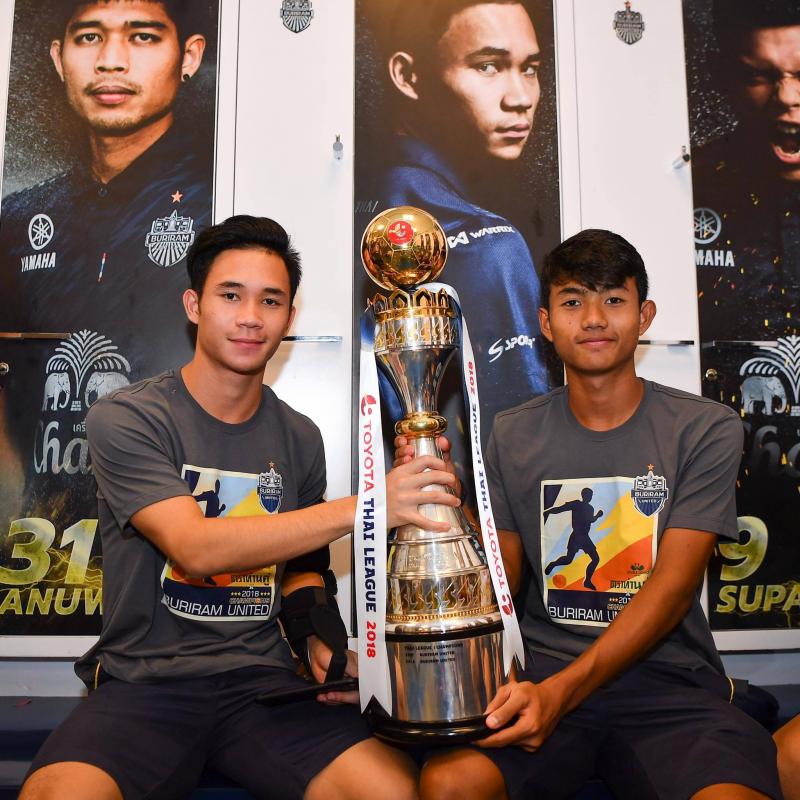 How do you see this partnership improving the state of youth development for Buriram United?

Of course a partnership between Buriram United and Borussia Dortmund, a world class team, must consist of more than just to share football and business development between the first team. Youth development is actually the main thing what we will cooperate on. Borussia Dortmund is a huge European team who are continuously producing young players to join their first team and many other big clubs. Many of them become game changers, impacting the football industry all around the world. To us this indicates that BVB’s training center is not only effective but can be considered one the best football training center in the world.

From our side, there are many things to learn from BVB’s youth development programs and training center. We hope to infuse the experience and wealth of knowledge from BVB’s 110 years of heritage to our youth academy and development programs. Taking into account the difference in culture and status of the football industry of both countries, we must be diligent in order to create what is best not only for Buriram United academy, but the youth of Thailand for years to come. 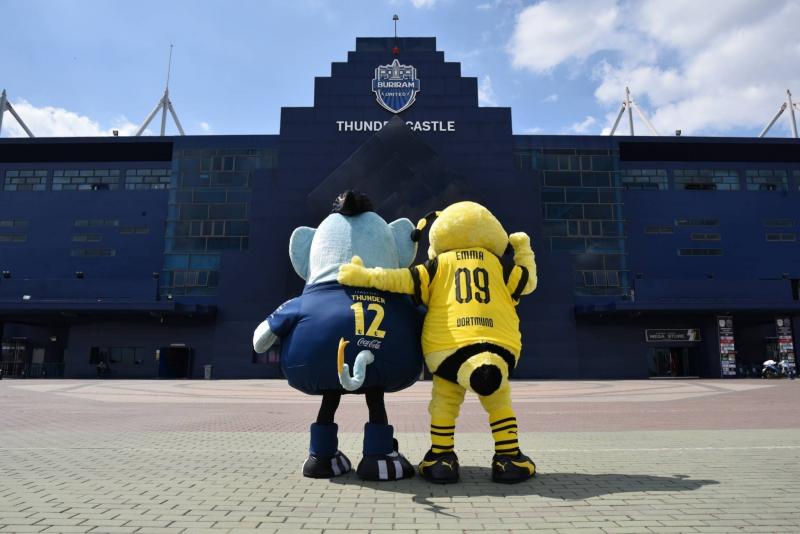 What should fans expect to see come out of this partnership? Is there anything that they should be excited about as a result of this initiative?

It’s nothing new for Buriram United to invest on the development of youth players, but to do so with a top tier European football team - it isn’t only a brand-new page in our history, but it also takes us to a whole new level. So not only our fans but all Thai football fans can expect changes and improvements in our youth development programs. They should get ready to see our kids venturing across the sea to gain invaluable experience from the German giants very soon. This could very well be the key turning point of Thai football, and although we are very confident and excited, only time will tell. So we urge the fans to keep an eye out for the first generation of Buriram United BVB players. We are sure you won’t be disappointed.

We try to think forward - if this development has a good result, it is exhilarating that Thai players will play in one of the world’s top leagues. And it will be good for our national team also. 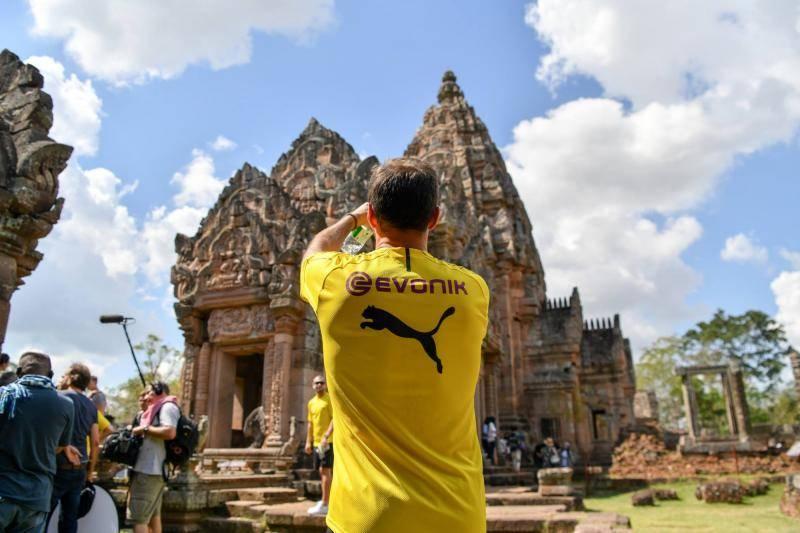 Are there any specific things that you admire about Borussia Dortmund as a football club?

Many things actually, for starters both teams have a similar philosophy in football development as far as the use of technology, sports’ science, youth development and first team play style. The first team style of attractive open and attacking football based on teamwork rather than focusing on a particular player.

However what we resonated with us the most was BVB’s commitment to the community of Dortmund fans and the city as a whole. Having visited, we saw how the club was “the Breath” of Dortmund very much like how Buriram United is “The Breath of Buriram”. How club activities help improve the economy and living standards of the local people.  How the city comes to life when there is a game on. How passionate the fans are of the club, the power of the yellow wall on and off the pitch - even before the partnership we took pointers from Dortmund fans. We know full well how much commitment is needed to win the hearts of the local people, and BVB have done more than that. So as I said there are many things for us to admire about BVB.