The big day has arrived! After a 2-2 draw at the Bukit Jalil National Stadium, Vietnam host Malaysia in the second leg of the AFF Cup final. Read our writer’s thoughts below to see who will be crowned as the Champions of South-East Asia for 2018. 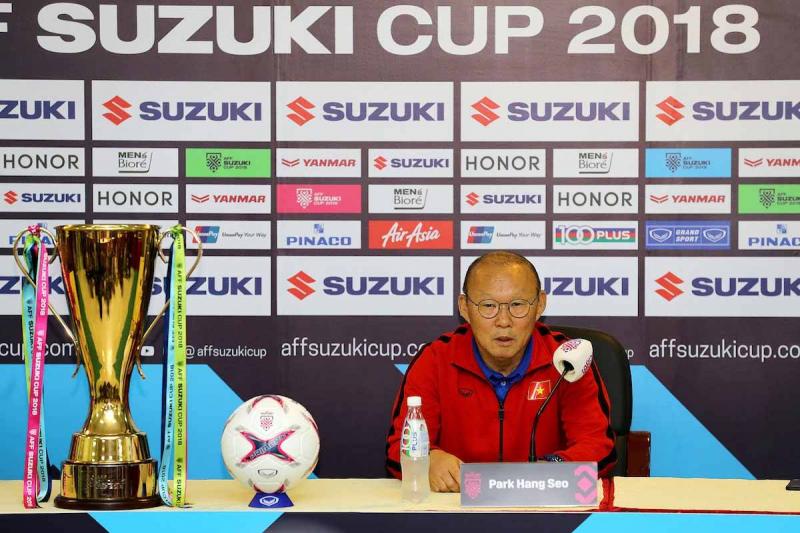 Vietnam chose the right tactics at the start of the match. They did well to scoref two goals before conceding the goal before half time. If they can score the third goal, every thing will be easier for them in the second leg. In general, wasted chances had cost Vietnam during that match, and the 2-2 draw means that Park Hang-Seo's side will have a lot to do in the second leg.

In the match on Saturday, Vietnam will be without striker Van Toan, as he is not fully fit. Furthermore, centre back Que Ngoc Hai is also in doubt with achilles injury. These missing players will have a large affect on Vietnam's tactics and approach to this match, especially in a defensive sense. Vietnam only need a 0-0 draw to win the cup but certainly, they can take a counter attacking approach to this match as they will play under pressure from the home fans. For Malaysia, Tan Cheng Hoe has most of his best squad available for this match, and they are heading for a win at My Dinh stadium. 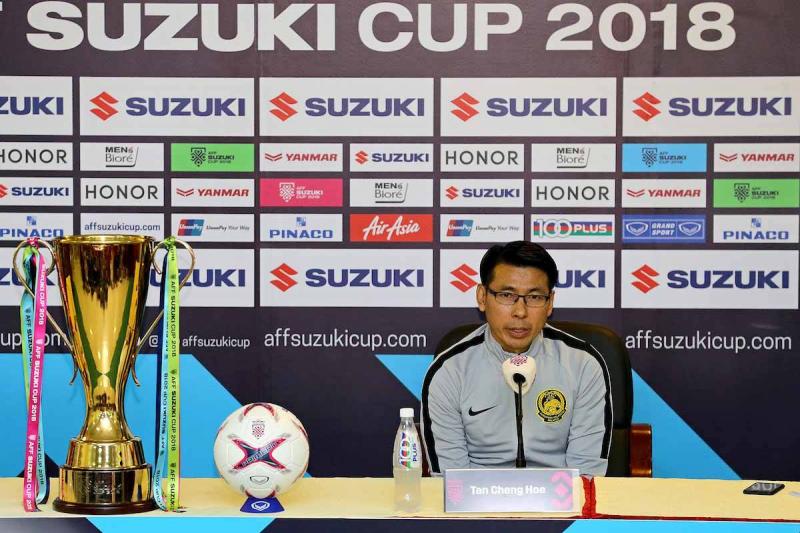 Malaysia had to crawl back to equalize against Vietnam on Wednesday, thanks to the goals from Shahrul Saad and Safawi Rasid. Clearly in the first leg, Malaysia's weakest link is the defense department. They failed to shield the Malaysia's most dangerous areas, leading to the two goals they conceded. In the midfield, the side lacked discipline. They were late to cover their positions, with their shortcomings costing the side on both occasions. Thankfully for Malaysia, the tide shifted in the second half. The side made few mistakes and were successful in their hunt for the equalizing goals.

Malaysia will return to Hanoi after their earlier meeting in Group A, where the visitors lost 0-2 in the hands of Vietnam. This time, Malaysia have the difficult mission of finding an early goal to give them an advantage after a 2-2 draw at the Bukit Jalil National Stadium.

The presence of experienced defender Aidil Zafuan Abd Radzak in partnership with Shahrul Saad will strengthen the country's defense. The absence of Aidil in the first leg at Bukit Jalil clearly opened up space for Vietnam to move freely throughout the field and led the side to concede twice.

Mohamadou Sumareh and Norshahrul Idlan Talaha will once again will use their creativity to break down Vietnam's defence. Both have good quality and individual technique. Tan Cheng Hoe needs to remind his side to play with an attitude and keep their focus. Malaysia need to play with intensity, eagerness and discipline. 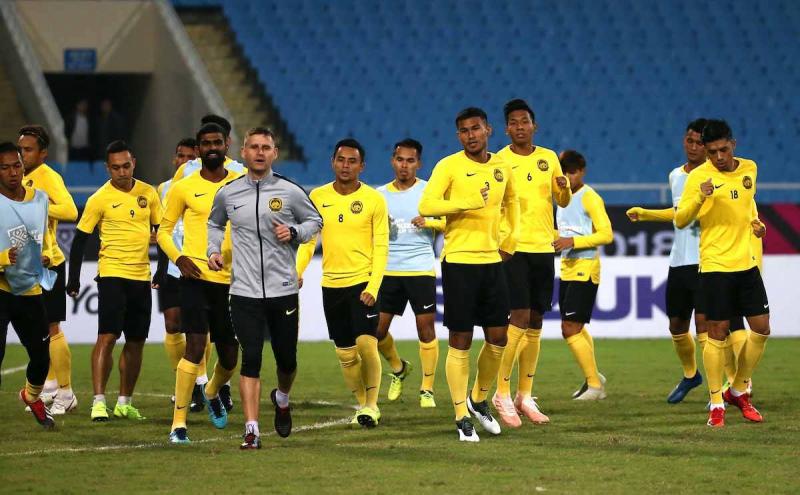 The first leg of the final marks a special period for South-East Asian Football. 2 years ago, the final was a contest of individual quality rather than tactical nous. Indonesia defended deep and looked to hit back on the counter with direct balls. Thailand ditching their pass and move style of play, opted for heavy firepower up front, and scored the opener with a deflected shot. The second was a smart nutmeg pass by Chanatip for Siroch Chatthong's curler. To put it simply, the finesse just wasn't there from either finalist.

This year, however, is the complete opposite. Malaysia bounced back from 2016 disappointment, reinvented themselves, and have reachde the final while playing intricate possession football. Golden boy Safawi Rasid's equalizing freekick is a sign of Malaysian football's bright future. Meanwhile, Vietnam has also been just as brilliant throughout the tournament. Park Hang Seo fixed their long-term defensive issue and nurtured an exciting group of young talents. Cuong Phong and company weren't fazed by the Bukit Jalil crowd. They were comfortable in their defensive shape, pouncing back with quick counter-attacks which resulted in 2 goals. This is a massive achievement considering the mental collapse at home which knocked them out of the semi-final 2 years ago.

Having earned 2 precious away goals, Vietnam can afford to sit deep and wait for the counter attack. Malaysia, on the hand, have no choice but to attack.This could potentially play into Park Hang Seo tactics, giving the home side even more of an advantage. Tan Cheng Hoe loves to have his fullbacks high and wide. but if they aren't careful, they can be easily caught off guard by Phan Van Duc's pace and guile down the flank.

Overall, it should be a fantastic game of offensive football but with so many advantages toward the home side. Vietnam should be good enough to get the result, winning their long-awaited and much deserved AFF Suzuki championship. 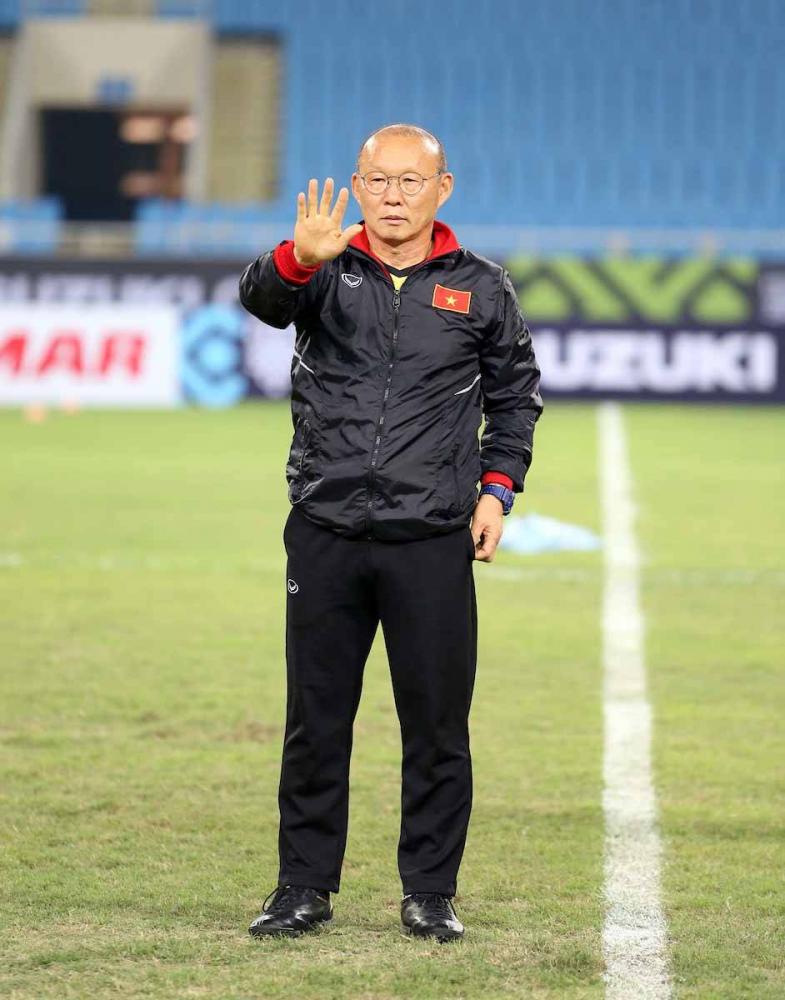 After the 2-2 draw in Kuala Lumpur, it will be hard for Malaysia to fight back against The Golden Dragons in front of their fanatic supporters. For Vietnam, this is a bright moment of their young and talented squad as their enter the second final in a decade, and many hope they can become champions exactly 10 years after they claimed their first trophy.

Their defense will need to return to it's best if they are to secure the trophy. They must be careful, and avoid allowing Malaysia to grow into the game.  Harimau Malaya have shown their spirit and ability to fight back, so Vietnam will need to avoid suffering the same fate as Thailand. Park Hang-seo may have to think about "parking the bus" after leading.

For the Malaysia themselves, there’s nothing to do except enjoy the second-leg final and keep possession of the ball like they’ve done before in the last meeting. At the end of the day, it’s hard to predict who will be crowned as the new champions in South East Asia. And then I hope the entertaining yet tight game between them. 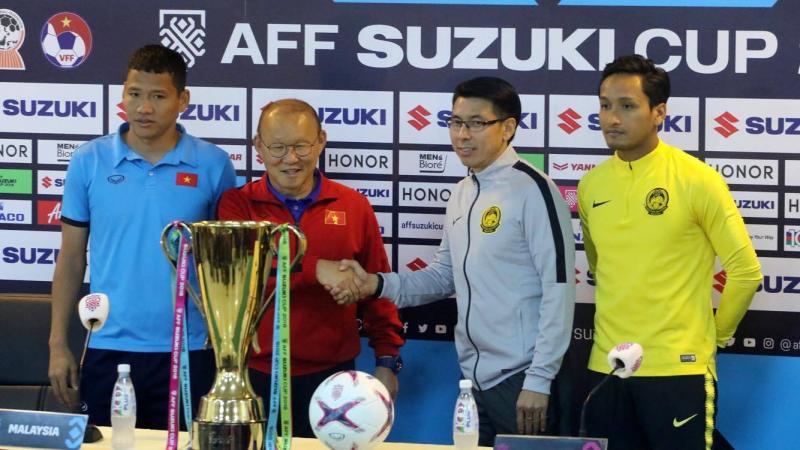 Vietnam will certainly have regrets coming out of their game at the Bukit Jalil National Stadium. It is rare to see a Park Hang-Seo side blow away a two-goal lead, and that fact will give Malaysia both confidence and momentum going into the second game. The Tigers looked bullish and confident even after going two goals down. However, they struggle to capture that same sense of strength and confidence when playing away from their iconic home ground and ferocious supporters, as was witnessed in the second leg against Thailand. The first match showed that Malaysia showed that they have the technical ability to win, and that it is ultimately going to come down to their confidence in key moments.

When it gets to this stage, it always becomes about the narrative for the two teams involved. Both sides have taken massive strides and deserve to be here, and it's hard to point to an underdog going into the final game of the tournament. The 2-2 draw in the first leg only heightened this fact. Will Vietnam's Golden Generation announce themselves on the biggest stage, or will Tan Cheng Hoe's ambitious project at Malaysia achieve a result that few fans dared to dream of? It feels like a win for either side would be equally satisfying for the neutral, setting this up to be an absolutely incredible match, and an absolutely agonizing one to predict. However, given the longer-haul nature of Vietnam's development as a footballing nation, and their ability to see out games in crucial moments, I expect the home side to just edge it at the My Dinh Stadium this Sunday.