Japan rallied from a 0-1 halftime deficit to defeat Paraguay 4-2 on Tuesday in a much-needed win for head coach Akira Nishino ahead of the 2018 FIFA World Cup.

In his third match in charge of the Samurai Blue, the man behind the ‘Miracle of Miami’ at the 1996 Atlanta Olympics fielded a starting lineup completely changed from that of the team’s 0-2 loss to Switzerland on June 9, with Yoshinori Muto heading an attack which included Europe-based stars Shinji Okazaki, Shinji Kagawa, Takashi Inui.

Muto impressed with several runs up the right wing in the first half, but Japan lacked decisiveness in front of the goal and it was the South American side who struck first blood when Oscar Romero’s volley bounced past Masaaki Higashiguchi, with Paraguay taking a 1-0 lead into the locker room at halftime.

Things looked better for the four-time Asian champions in the second half when Inui, whose transfer to Real Betis was announced earlier this month, unleashed a tremendous shot from outside the penalty area to score the first-ever goal for Nishino Japan and put the team level in the 51st minute. Just 12 minutes later he struck again from closer range, giving Japan a lead they would enjoy for the rest of the afternoon.

The next two goals were scored by Paraguay, with Federico Santander netting an own goal off a Gaku Shibasaki corner kick and Richard Ortiz sneaking an impressive shot past third-string goalkeeper Kosuke Nakamura. The final goal of the night was netted by Shinji Kagawa, who atoned for a dreadful miss in front of an wide-open net earlier in the second half.

“We didn’t just push up the pitch; we were able to maintain possession and wait for the right timing and situation before attacking,” Nishino said after the match. “I hope the players who didn’t get playing time today to show the level of aggression we demonstrated.”

“I’ve felt good in training recently was confident that I could score if we created chances, and today went just as it did in practice” said Inui, who recorded his first international goal since a 2014 friendly against Honduras. “We know we’ll have difficult matches (at the World Cup), and we can’t be satisfied with this result. The real fight starts with our next match so we want to go into that in good form.”

Japan will soon enter their training camp in Kazan, where they will be joined by the country’s U-19 national team who will serve as training partners during the group stage.

Japan shut out by Switzerland in 2-0 defeat; Osako injured 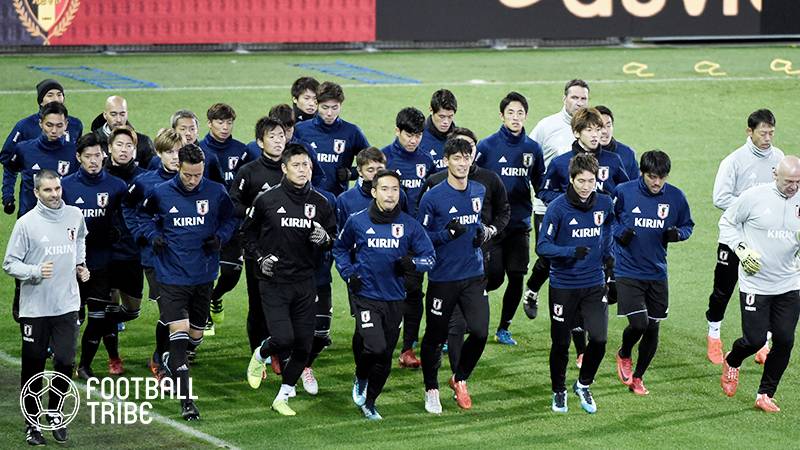