A frustrated Japan lost 2-0 to Ghana at Yokohama’s Nissan Stadium on Wednesday night, leaving significant doubts as to the team’s state heading into the 2018 FIFA World Cup.

While the inclusion of veterans such as goalkeeper Eiji Kawashima and defender Maya Yoshida in the country’s squad seemed a formality heading into the match, the same could not be said of Ryota Oshima, who started on the pitch in central midfield, nor Shinji Kagawa, who watched the first half from the bench.

In his debut as head coach, Akira Nishino fielded a rare three-back defense anchored by captain Makoto Hasebe in a return to the role he often assumed during his time at Wolfsburg. Galatasaray’s Yuto Nagatomo appeared to relish his role as left wingback, connecting several times in the opening minutes with lone striker Yuya Osako.

But disaster struck for the hosts after just eight minutes as Thomas Partey curved a free kick over the wall and past a helpless Kawashima, giving Ghana the lead. The early miscue was not enough to completely silent the capacity crowd at Nissan Stadium, who found cause to rise to their feet soon after as Osako threatened the opposing goal again. Japan’s usual struggles to connect passes in the final third negated as many chances as they created as the half ended 0-1.

Things started brightly in the second half as Kagawa created several chances on goal soon after coming on. That did not last long, however, as Eiji Kawashima handed Ghana a penalty kick in the 51st minute which was duly converted by Emmanuel Boateng.

Japan went on the hunt for a comeback, with Shinji Okazaki and Gaku Shibasaki relieving Keisuke Honda and Hotaru Yamaguchi midway through the second half. But no

The hero of the night for the African side was without a doubt goalkeeper Richard Ofori, who repeatedly stymied the best efforts of Osako, Usami, Honda, Kagawa, and Muto over 90 impressive minutes.

While the impressive crowd of over 64,000 remained optimistic after each wasted Samurai Blue attempt, at the final whistle the only cheering that could be heard from the crowd was the cowbells and chants of 100-strong Ghanaian fans nestled in the corner of the away end.

Nishino is set to announce his final squad of 23 players on Thursday afternoon. The team will camp in Austria, facing Switzerland and Paraguay in warm-up friendliest before taking on Poland, Colombia, and Senegal in Group H. 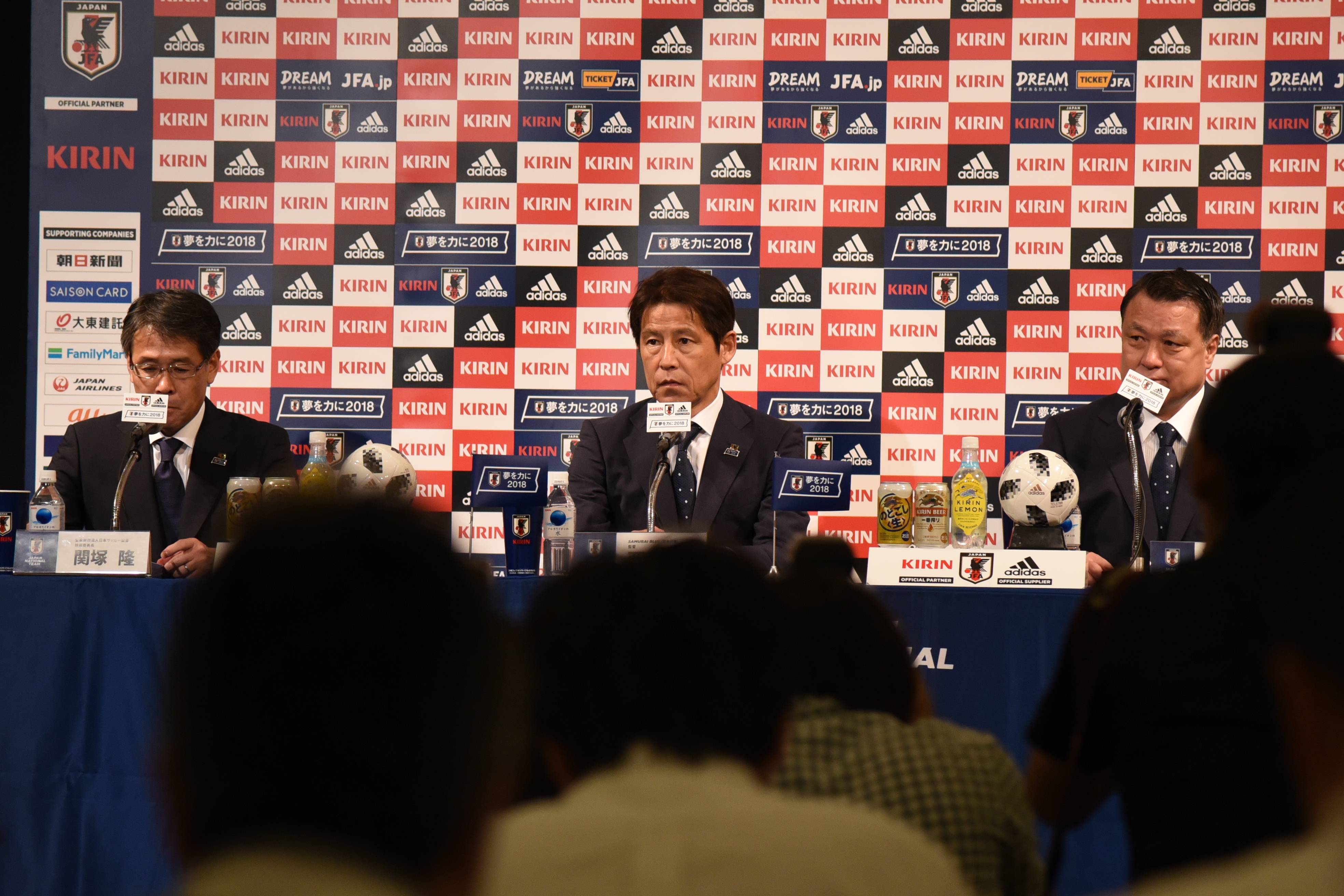