On Wednesday, Ong announced the provisional 27-man squad for 29th SEA Games in a statement on the website of Football Association of Malaysia (FAM).

Specifically, the coach still leaves the door open for 6 players, who could not join the squad in the U23 Championship due to club commitments. They are Matthew Davies, Nor Azam Azih (Pahang), Safawi Rasid, Haziq Nadzli (JDT), S.Kumaahran and Syamer Kutty Abba (Pulau Pinang).

“I have a week of training before I decide on the final list of 20 players to be registered on Aug. 12. I will use this period to identify the main players for each position,” Ong said in the statement.

“The fitness of the players is crucial, seeing how congested the football schedule is. I have called up Dominic Tan, Matthew, Nor Azam and also Ahmad Azriddin Rosli for the provisional squad.” 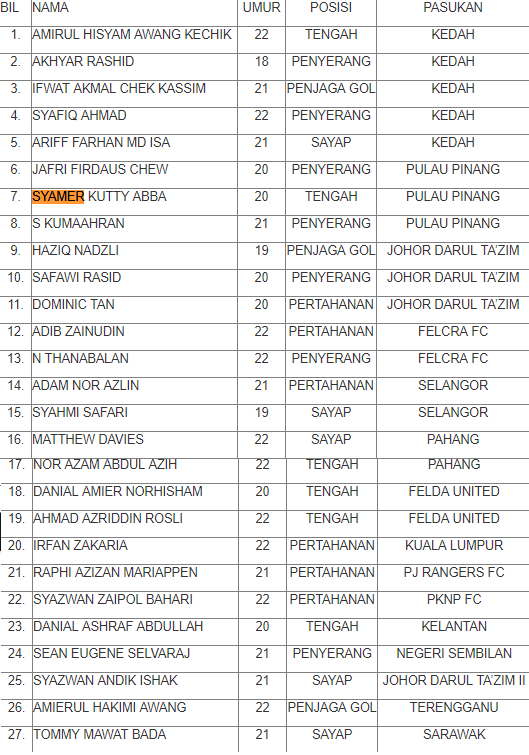