Malaysia U-22 head coach Ong Kim Swee has officially announced the 22-man squad for the AFC U-23 Championship qualifiers, which will take place in Bangkok from 19 to 23 July.

According to the announcement on Football Association of Malaysia (FAM) website, the squad for the tournament does not include six players who did not report for national duty, named Matthew Davies and Nor Azam Azih from Pahang, S. Kumaahran and Syamer Kutty Abba from Penang, and Haziq Nadzli and Safawi Rasid from Johor Darul Ta’zim.

In the qualifiers, Malaysia are in the same group H with the likes of Indonesia, Thailand, and Mongolia.

Kim Swee’s side will face Indonesia on Thursday in the first group match, before taking on host Thailand two days later and Mongolia on Sunday.

The final 22 players for AFC Championship qualifiers are listed below: 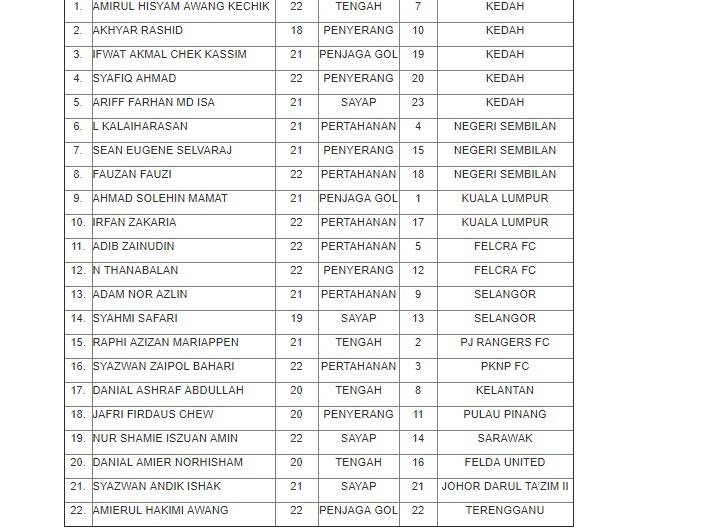