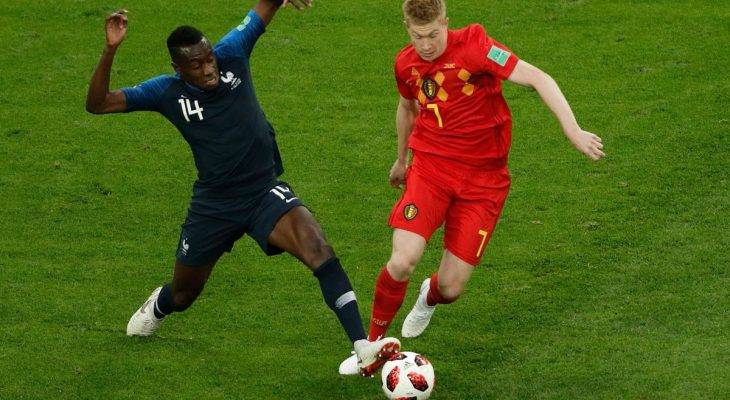 The Juventus midfielder has gone his whole career is an underrated part of his team.At Paris Saint-Germain, Blaise Matuidi was the hardest working player on the pitch, but the spotlight was shone elsewhere.

Even as France banished ghosts of 2010 in Brazil and fell at the final hurdle to Portugal in Euro 2016, all the midfield talking points were about Paul Pogba, or why N’Golo Kante didn’t play every game.

There were even calls before the tournament to ask why he was even part of Deschamps’ 23-man squad.

The 31-year-old has become the Moussa Sissoko of the current team. His inclusion questioned, but Deschamps’ loyalty remains and most importantly, when called upon, he never lets his country down.

Before he was taken off on the 86th-minute, he won all six of his tackles, made three interceptions and won four fouls.

You don’t know what you’ve got till it’s gone and France certainly missed him against Uruguay. They will hope he’s 100 per cent going into the final.