Coach Didier Deschamps is blessed with depth. He also has the tournament’s brightest star in Kylian Mbappe at his disposal.

The PSG forward was electric against Uruguay, with many predicting his star will soon rise to the heights of Lionel Messi and Cristiano Ronaldo.

In all their matches so far you’ve got the sense that France still have more to give and this could be the game they prove their credentials.

How they got there

France made smooth work of beating Uruguay 2-0 in their quarter-final, with Raphael Varane and Antonie Griezmann the goalscorers.

It was arguably France’s most impressive display at the World Cup. Defensively sound while causing one of the best organised sides in the tournament real problems.

This is a star-studded Belgium side and, under Roberto Martinez and Thierry Henry, they’ve become a formidable attacking threat.

Romelu Lukaku already has four goals, while Belgium is the highest-scoring team at the World Cup with 14 goals.

They’ve grown in confidence as the tournament has progressed and their win over Brazil, that some considered an upset, surely has them believing.

But their only other semi-final appearance was in 1986 and, despite all their quality, Belgium have underachieved in recent years.

Aside from the suspended Thomas Meunier, Martinez will be tempted to stick with the same team that beat Brazil.

Belgium are the only side to have won every game they have played in Russia on their way to the semi-finals.

They were terrific in getting a two-goal lead against Brazil and then put in a mature second half display to hold off the fightback from their South American opponents. 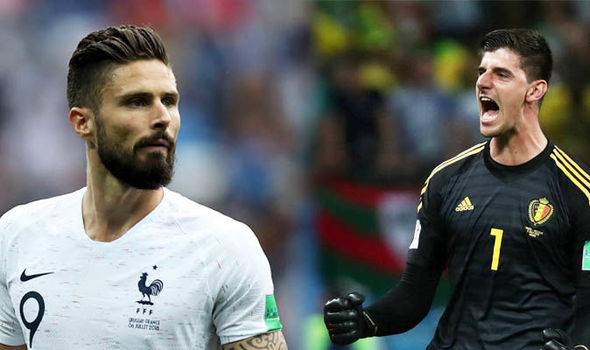 Previous meetings If history is anything to go by then there should be goals in this. France won 4-2 when the teams met in the group stages in the 1986 World Cup in Mexico.

The last time the sides met, in a friendly in June 2015, ended 4-3 to Belgium with Marouane Fellaini scoring twice.

Prediction France have improved after a slow start in the group stages where they made hard work of Australia and Peru.

Belgium have impressed against everyone they have played, and even when they did slip, going two down to Japan in the second round, they had the goal power to fight back and triumph.

What is our prediction?

These are two exciting European sides with great futures ahead of them. At this stage the goal power of Belgium, they have scored 14 goals in five games, gives them the edge and they reach their first World Cup final with a 2-1 win over the French.