Harry Kane scored his first international hat-trick as England thrashed Panama 6-1 to book their place in the World Cup last 16 and secure their biggest ever win at a major tournament.

Gareth Southgate’s side was utterly dominant in Nizhny Novgorod with Panama resorting to repeatedly manhandling England players at set-pieces as they were overwhelmed in a first-half blitz which also saw featured two John Stones header and a superb Jesse Lingard effort from 20 yards. England are through to the World Cup last 16 in style after trouncing Panama 6-1 in Nizhny Novgorod on Sunday.
At Football Tribe we look at the key stats from the 6-1 win. 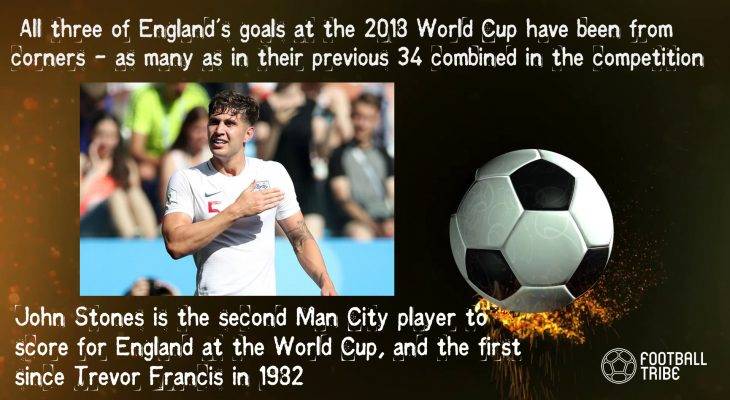