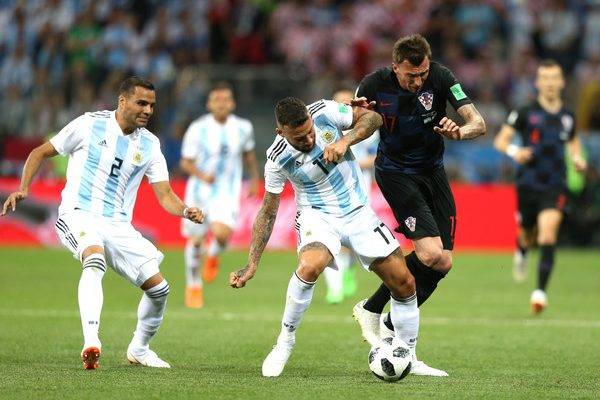 Sampaoli switched from the 4-2-3-1 against Iceland to a 3-4-3, always an alarming sign early in a tournament. It left Argentina wildly unprotected in wide areas, something Croatia quickly recognised. Argentina had several warnings during the first half as Ivan Perisic and Ante Rebic made headway either side of their back three, and in the end, it was a raking cross-field pass which set Sampaoli’s defence scrambling to retreat which led to Rebic’s goal.