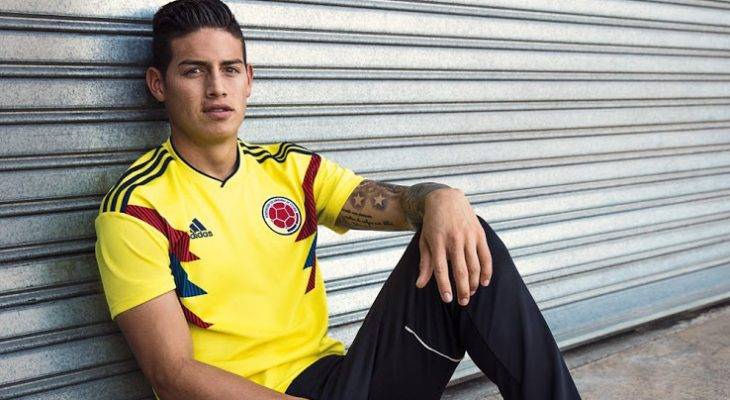 The Colombian home uniform is inspired by their kits of the 1990s, and has a blue and red graphic design on the side of it representing the Colombian flag.Colombia were one of the most entertaining teams at the last World Cup kit and at the very least they will look one of the best in Russia. The 1990 throwback for the home strip is well executed, while the blue strip with orange trim will at least mean a Holland away kit will be at the tournament in spirit.

The away jersey is blue and features a graphic pattern which is a take from the traditional scarves worn by Colombians on special occasions. It includes bright orange accents in the stripes and trims on the collar. On the collar, the team’s slogan, “Unidos Por Un Pais,” which translates to “United as one Nation,” is a nice touch.