The centrepiece stadium for this World Cup, the Russian authorities tore down the old Luzhniki Stadium in 2013 and have rebuilt a new 81,000-capacity ground while trying to preserve the historical facade and architecture of the old one. 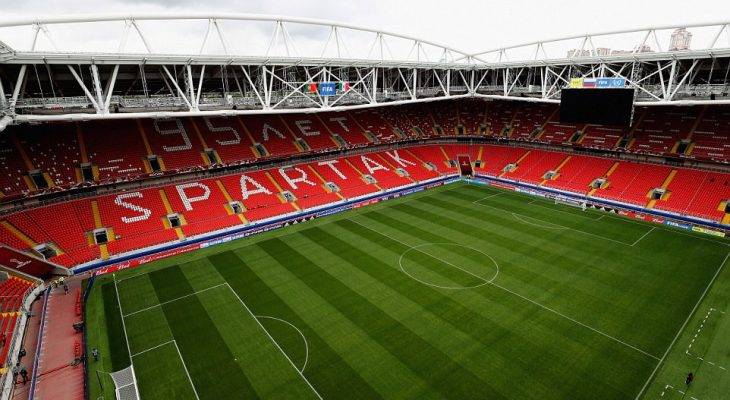 Also in Moscow, the Spartak Stadium (or Otkrytiye Arena for sponsorship reasons) will be hosting five matches during the early part of the tournament.

The home of Spartak Moscow has only been standing a few years after quite a long-winded construction process that saw the plans redrafted a few times.

It opened in September 2014 and beat the building of CSKA Moscow’s VTB Arena, which was originally intended to be a World Cup venue.

The exterior is certainly impressive, with hundreds of little diamonds in red and white making up the Spartak club crest. However, these colours can be changed depending on who is playing there, rather like Munich’s Allianz Arena