Real Madrid boss Zinedine Zidane has apparently held talks recently with PSG about taking over from Thomas Tuchel, it has been claimed.

Tuchel’s position at the Parc des Princes allegedly under siege after a stuttering start to the new campaign. And Zidane’s own job remains somewhat uncertain, despite steering the club to victory over Barcelona on Saturday afternoon.

Real Madrid first hired Zidane as Rafa Benitez’s replacement in January 2016 and the Frenchman was an instant huge hit during his maiden spell in charge of the La Liga giants, steering them gloriously to three Champions League titles on the spin as well as the Spanish league title.

Zidane then left in May 2018 but returned shortly after in March 2019 and, since then, has guided the club to yet more silverware. However, his position has become uncertain in recent weeks with Los Blancos looking a far cry from their usual selves so far this term.

And Ok Diario chief, Eduardo Inda, has claimed Zidane held talks with PSG about taking over recently, but made it clear he was happy with his current job.

“There is a club that has been behind Zidane for several years and that, systematically, calls him,” he said.

“This club is PSG , which has recently told them that if he was to leave Real Madrid a sports project at their disposal, he’d have the money he wants.

“And they know that if Zidane goes it is more complicated for [Kylian] Mbappe to go to the white club.”

“Zidane said that he is very happy at Real Madrid, but he took note. In France he is a God.”

Tuchel’s relationship with the PSG owners has apparently soured after a transfer window where the Ligue 1 titans failed to strengthen their position, as the German head coach badly wanted the club to snare Luis Suarez from Barcelona but they declined, believing the Uruguay international’s salary to be too high.

In Tuchel’s disfavor, PSG lost their first two matches of the current Ligue 1 campaign to Lens and Marseille and also recently succumbed to defeat against Ole Gunnar Solskjaer’s Manchester United in their Champions League showdown, dealing their hopes of group stage qualification a crucial blow.

Meanwhile, speaking before his side’s El Clasico win over Barcelona on Saturday, Zidane insisted he had support from the club and voiced that he wasn’t fearing the sack.

“Ultimately, I’ve won many things with these players; they have made me win a lot of things.

“I will be with these players to the death. They are the ones who fight and run.

“I can see the support, yes, but for now, what’s important for us is to change the mindset. Games are coming for us to change things. Football is beautiful for that. When things get worse, you have to bring out your character and quality.”

When the question was mooted if his future was at stake, he said: “That’s what is said. Nothing at all has changed. It was the same last year, the same in my first period. It doesn’t change.

“What I have to do is my job, give 100 per cent as always and, to the rest, nothing. We look at the games. We started badly in the sense that, when they scored, it was tough for us to lift our heads.

“That’s football. There are high and low moments and you have to accept them. You have to forget what happened the other day.

“I don’t like being a victim or anything. It’s a game and each one has its story, and that’s the good thing about football. You can go through bad moments and the good thing is you can take that and come back to change the situation.

“I’ve always been critical of myself. It’s the engine to improve. After a defeat, as coach, most of the criticism is for me, and that’s normal. I don’t live in the past; I’m interested in what lies ahead.” 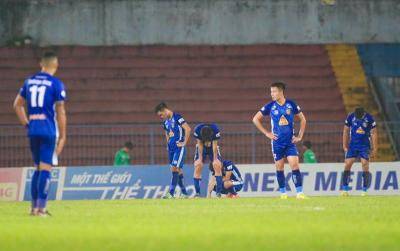 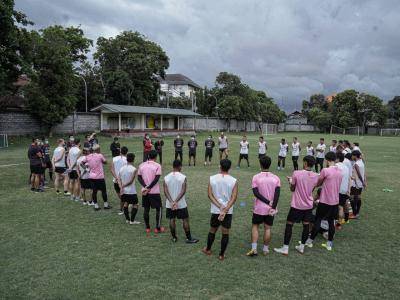 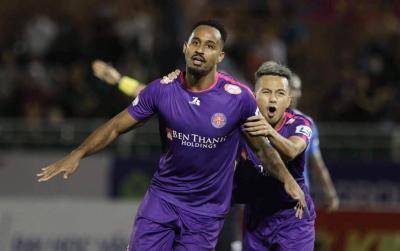