Winless in three league matches without any points being picked up, worrying questions inevitably arise regarding the Barca giants – and they invariably revolve around none other than Messi.

Although it’s still early in the season, the concern is that they are winless in three league matches, having drawn 1-1 with Sevilla and fallen 1-0 at Getafe.

With this worrying scenario looming, questions are now looming regarding the form of talisman Lionel Messi and his goal-less performances of late.

The club’s captain and talisman is definitely not playing badly, and had one of his better games this season in the Clasico. It’s just that he has not scored from open play in six matches, with only two penalties to his name. It’s either he has still not found his stride within new coach Ronald Koeman’s set up, or there could be something else amiss that’s not spurring the devastating striker to his best goal-scoring form yet.

Playing in the hole against Madrid, Philippe Coutinho shunted to the left and with Ansu Fati ahead of him, with Pedri on the right, seemed to suit him better than in any other game so far this season.

“He was back to being the Messi of always, active, participating and always dangerous,” wrote Mundo Deportivo . “(Thibaut) Courtois denied his goal, but he had a great game.”

Real Madrid’s Belgian stopper was alert at his near post when Messi left Ramos totally stumped with a mercurial, lightning quick turn in the box, arguably the Argentine’s best moment in the game.

Messi’s most important contribution, however, was a perfect lofted pass for Jordi Alba, which led to Barcelona’s equaliser. The No 10 has played countless of these balls in his career and his precision, combined with the pace of the full-back, means nobody has the hutzpah to stop him when he is at his imperious best.

Noticeably Messi isn’t getting multiple scoring chances in each game. And if this were to persist, despite his other fine and varied contributions, if he can no longer score at the same clip he has done for the past decade, Barcelona obviously have a big problem to sort out.

Messi may not have left this summer despite desperately wanting to abandon Camp Nou, but for now seemingly his goals did.

The club’s top scorer last season with 31 goals in all competitions, his lowest tally since the 2007-08 campaign, the Barca legend still had a significant haul. With 25 strikes coming in La Liga, he was the division’s top scorer. Luis Suarez was the second top scorer at the club and his departure to Athletico Madrid has left a glaring vacant space to be filled.

Koeman is known to demand more from his players than Quique Setien or Ernesto Valverde did, and that is having a toll on the team too. Messi was twice in the right back spot against Real Madrid, tackling back, and once at left back.

Against Celta Vigo when Barcelona were down to 10 men for half the game, he got through so much defensive work and running it was hard to believe it was Messi. Obviously at 33 and not possessed of the eneergy and dynamism he once had loads of, he can’t do all that and still have the same capacity for instinctively seeking out attacking openings like he used to remarkably easily.

Against Villareal, Celta Vigo and Sevilla, Koeman operated with Messi as a false nine, with the Dutchman clearly hoping for him to recreate his fine scoring form there under Pep Guardiola and Tito Vilanova in the past, but admittedly those glory years and his electric pace are gone.

Koeman moved Messi to the right against Getafe and handed Antoine Griezmann a start up front, but that didn’t work either, with the forward putting on a quiet display.

“Maybe, at the moment, Messi’s performances could be better,” said Koeman afterwards. Playing on the right flank might be the way forward – it’s where he’s featured in the past few years, and this could just have been a difficult night at the Coliseum Alfonso Perez, likened to “a trip to the dentist”.

He was back in the false nine role against Ferencvaros, which despite Barcelona’s big 5-1 win and Messi’s converted penalty, was the most worrying of the matches so far in terms of his lack of goals. If he couldn’t get in on the action against the Hungarian minnows, when will he?

Or perhaps it would be more realistic that we should just get used to it, as Messi himself gets ready to pass the torch.

“I think less and less about scoring goals. I’m starting to step back more and more to be the creator rather than the one who finishes,” Messi told La Liga on DAZN in January.

“Obviously I like scoring, and If have a chance I’ll take it, but every time I go on to the pitch I’m less focused on scoring goals and more focused on the game. I’ve never been obsessed with goals.

“I understand that people will talk about it when I stop scoring so many, but that’s part of the game, part of growing as a player and adapting to the times, to be the best player both for yourself and for the team.”

The great hope for Barcelona fans is that Messi will find his own way to be crucially effective this season. That’s what happened in 2014, when things weren’t going well with Luis Suarez stuck on the right, huffing and puffing to no great avail.

Messi told Suarez to switch positions with him during the clash at Ajax and the fuse was lit, with the MSN attack bursting into life under Luis Enrique, going on to win the treble.

Koeman has not covered himself in glory tactically. His 4-2-3-1 system is good in some ways, allowing Frenkie de Jong to work in tandem with Sergio Busquets, although the latter was still badly exposed during the Clasico.

His substitutions against Getafe and Madrid, with Barcelona chasing the game, were naive bordering on stupid, with the coach throwing on all his attacking players, leaving the midfield and the defence depleted and exposed. Luka Modric hit Madrid’s third with Barcelona all at sea, and Sergio Ramos might have scored before him.

Sagan vs Shonan Ends in Stalemate Once Again 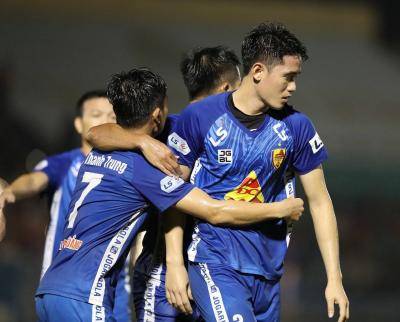 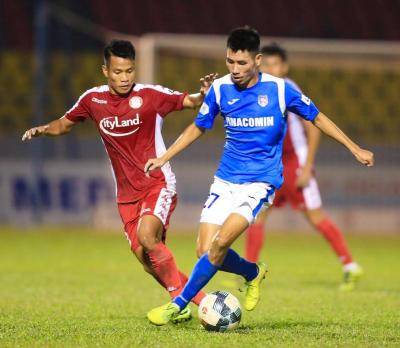