Teerasak Po-on aka Coach Joe confirm Dennis Murillo will finish the season with The Swatcat regardless of how the Thai League fixture pan out. A decision which could prove key to the club’s success this campaign.

International travel restrictions put up during this Covid-19 pandemic have forced Thai clubs to recruit domestically as a way to minimize risk (i.e. already having some idea of how the players play) and have the players ready for pre-season – unless you are Buriram United and can afford to hire a private plane to pick up your new signings. As a result, a handful of unnamed clubs has shown an interest in Nakhonratchasima FC’s Brazilian striker, Dennis Murillo.

Unfortunately for those inquirer, it seems Murillo will be going nowhere according to Nakhonratchasima FC head coach, Teerasak Po-on.

“His contract is due to run out this November and if the league were to conclude in May 2021 then we’ll contact him about an extension.” The former PTT Rayong and Chiangrai United boss told Ballthai.

“Even so, if there were to be a change in the league’s fixture and everything finishes by December 2020 then he will still be with us. We’ve already had a conversation with the player – no matter when the league is played, he’ll be helping us until the end of the season.”

Teerasak signed Murillo for Chiangrai United in 2016 and resigned him again in 2017 for PTT Rayong where they worked together for 2 seasons. Despite topping The Firepower’s goal chart both season and helped the club to their first-ever promotion, Murillo was released and replaced by Costa Rican international, Ariel Rodriguez, and Arsenal academy graduate, Jay Emmanuel-Thomas.

But with PTT Rayong hovering a place above the drop zone, and the Jay Emmanuel-Thomas deal turning out to be a bad time for both parties, Teerasak would reunite with Murillo for the third time in the second leg of the 2020 campaign. And the 28 years old did not let his gaffer down, netting 7 goals from 15 matches.

Together they helped PTT Rayong avoid relegation but unfortunately, the management decided not to continue and folded the club.

By this point, Teerasak had earned a reputation as a ‘project head coach’; someone with the resilient and a proven track record of developing a club over a long period – and in the case of Chiangrai United, leaving the club in a better, more stable, place than when he arrived. Nakhonratchasima FC happens to be searching for Milos Joksic’s replacement after 3 years with the Serbian tactician and Teerasak’s profile is exactly what they are after.

And you’ve guessed it, Murillo joined up with Teerasak for the 4th time at Nakhonratchasima FC and started all the league games before the break – opening his goalscoring account with a sublime freekick away at Rayong FC.

Since his managerial return to the first tier, Teerasak went through a list of strikers but none could match the performances of Murillo. Jay Emmanuel-Thomas showed bits of class but was far too sluggish as he seems to struggle with SEA’s humid climate. While Ariel Rodriguez is a true finisher but a hit-and-miss when not playing as a number 9. Murillo’s work-rate and versatility make him ideal for Teerasak’s system. Showing up at a new club, there will be things that are done differently. Changing the culture and working of a club takes time. Therefore, having a player you know and trust could be a massive help.

Murillo was someone Teerasak could rely on when he took over the PTT Rayong project and was the signing that turned his season around – keeping the team up in 2019. So maybe keeping Murillo at Nakhonratchasima FC could be the key to Teerasak’s success going forward. 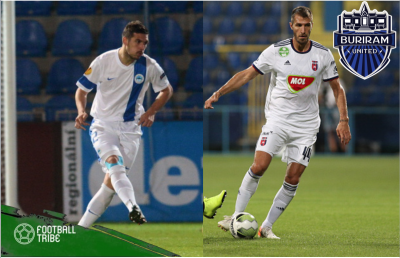 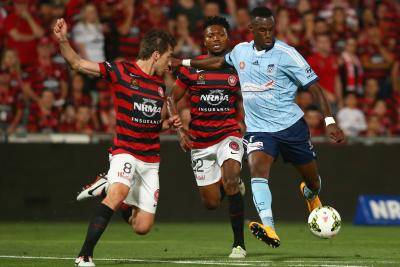 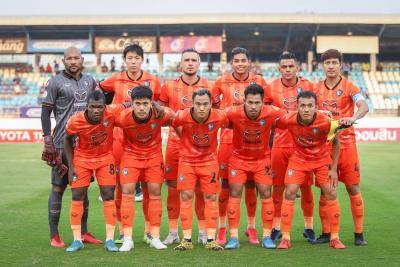