The war of words between Indonesia national team head coach Shin Tae-yong and the Football Federation of Indonesia (PSSI) entered a new chapter on Saturday, as ousted national team assistant coach Indra Sjafri took to the PSSI’s official website to hit back at the South Korean.

Sjafri, who was removed from his position as Tae-yong’s assistant after reportedly leaving the U-19 national team’s training camp in Thailand without Tae-yong’s permission, told the federation’s official website about his side of the story.

“I’ve never left the training camp at all. I always stick throughout the event from start to finish, giving morale support to the players as well as training them,” Sjafri said.

According to Sjafri, all went well during the training camp that was held on late January. It was, until when the players and coaching staff returned home from Chiangmai on February 1st. As the Thai Airways plane that brought the Indonesia U-19 national team contingent touched down at the Soekarno-Hatta International Airport in Jakarta, Sjafri told the coaching staff that he will be leaving the airport early to attend an event held by his colleague Rahmad Darmawan. The Madura United head coach was holding a wedding for his eldest daughter on that day and Sjafri felt that as a friend and fellow professional, he must attend the event as soon as possible.

Initially Sjafri planned to ask for Tae-yong’s permission to leave early, however due to Tae-yong having to clear immigrations first and with the wedding looming close, Sjafri instead told the other members of Tae-yong’s coaching staff about him leaving early.

“As people who uphold Oriental values dearly, it is very important that we attend such events to give respect to the person who invited us, especially if that person is a close colleague of ours or a dear friend of ours that we’ve considered as family,” Sjafri said.

On February 3rd, Sjafri came to the PSSI headquarters for an evaluation meeting on the U-19 national team training camp, headed by Tae-yong. Sjafri was aware that Tae-yong was furious about his early departure from the airport and he intended to apologize to the South Korean in person. His apology was interpreted by Yoo Jae-hoon, the former Persipura Jayapura goalkeeper who was appointed as Tae-yong’s interpreter. However, a furious Tae-yong kicked Sjafri out of the meeting and his name was subsequently removed from the coaching staff list for the senior national team’s training camp.

Sjafri accepted Tae-yong’s actions towards him that day, as he had apologized to Tae-yong amicably before that.

“So with that in mind, his accusations that I’ve walked out of the national team’s training camp were untrue,” Sjafri told the PSSI website.

Sjafri was also confused when Tae-yong blamed him for the senior national team’s heavy 4-1 defeat at the hands of Persita Tangerang in a friendly match on February 21st. Tae-yong allegedly blamed Sjafri for the defeat as he felt that the players that were on the team were chosen by Sjafri, not him.

“How can he blame me for selecting the players for the senior side when I was already kicked out of that team’s coaching staff?” Sjafri continued.

Sjafri, who was appointed as the technical director for the Indonesia national team on February, revealed that his relationship with Tae-yong was going alright until Tae-yong’s interview with the South Korean media that contained scathing criticism aimed at both Sjafri and the federation.

“I’m 100% behind Tae-yong’s work with the national teams. It was my idea as well to give the players additional nutrients and vitamins during their virtual training throughout the pandemic. And then suddenly, Tae-yong went on and spouted these lies on the media,” Sjafri said, “This is not about who’s right or who’s wrong. This is about revealing the truth to the people and also about our national pride.”

“If a head coach couldn’t guarantee that he couldn’t bring successes to his team, then he’s a liar,” Sjafri said, “Tae-yong’s only making excuses. He’s unsure about the goals set to him by the PSSI. The PSSI wants him to win this year’s AFF Cup, improve our FIFA ranking, and make sure that our U-20 national team will do well in next year’s World Cup.”

And as for Tae-yong’s complaint regarding his inability to hold a training camp in South Korea, Sjafri countered it by stating that due to South Korea’s own COVID-19 situation, he’s unsure that the Indonesian players would be allowed to set foot in the country in the first place. 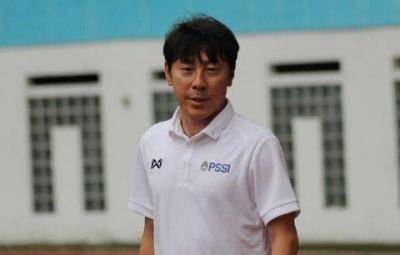