K League 1 club Daegu FC have announced the signing of goalkeeper Gu Sung-yun from J.League 1 side Hokkaido Consadole Sapporo. This was done ahead of the 25-year old’s mandatory military service, which will see him represent military club Sangju Sangmu FC.

Having being a part of the Consadole squad since 2015, Gu was the Northerners’ undisputed number one between the sticks, making 173 appearances in all competitions for the Sapporo-based club. Gu was part of the furniture that saw Consadole’s remarkable rise in recent years, transforming from a mid-table J.League 2 team to an established J.League 1 side in the space of just a few years. And Gu was a constant presence in the last line of Consadole’s defense throughout those years, an intimidating figure that serves as the last opponent attackers would face whenever they’re breaching Consadole’s back-line. Gu’s performances in a Consadole shirt have been consistent and impressive, which earned him call-ups to the South Korea national team setup.

However, South Korean men are required to perform mandatory military service for at least 21 months and having being born in Seoul despite spending a good portion of his life in Japanese shores, Gu was no exception. And as much as Consadole would love to have Gu around for much longer, his duties as a South Korean citizen are waiting to be fulfilled and whether they like it or not, Consadole must allow Gu to go and perform his national duties. K League regulations also stipulate that prior to joining Sangmu, players are required to play for a K League club for at least six months before joining the military for his national service. And while Gu’s military service won’t start until next year, the fact that he had represented Japanese clubs throughout his career meant that a move to the K League prior to Gu’s national service is inevitable.

Daegu’s signing of Gu signaled a new chapter in the sky blue club’s ambitions for the 2020 season. Having being perennial underachievers, Daegu’s 2018 Korean FA Cup win sparked a remarkable upturn in the club’s fortunes, with the Sky Blues finishing in a lofty 5th place in the 2019 K League 1 season – their highest finish to date. They also narrowly missed out on qualification to the 2019 AFC Champions League knockout stage, finishing 3rd in their group behind J1’s Sanfrecce Hiroshima and Guangzhou Evergrande Taobao of the Chinese Super League, both established sides in the ACL. With former Buriram United attacker Edgar, the remarkable Cesinha, and talented youngster/heartthrob Jung Seung-won in their books, Daegu added a formidable K League 1 legend to their ranks in the 2020 off-season – Montenegrin Dejan Damjanovic, formerly of FC Seoul and Suwon Samsung Bluewings, which ensured Daegu’s status as favorites for this season’s top half.

As for Consadole, they won’t be fretting over Gu’s loss for too long as they had done some preparations beforehand. Ready to step in Gu’s sizable boots and wear Gu’s sizable gloves is Thailand international goalkeeper Kawin Thamchatsanan, who was brought in on loan from Belgian side OH Leuven. With fellow Thai Chanathip Songkrasin already establishing himself as a key member of Consadole’s squad, Kawin should have no problems at all transitioning himself into head coach Mihailo Petrovic’s starting eleven. Competing with Kawin for the number one goalie position is Japanese goalkeeper Takanori Sugeno, who at 36 has plenty of experience underneath his belt and was Gu’s understudy since 2018. With the J1 restart still uncertain, it’s interesting to see which one of these two men will impress Mihailo enough and earn his trust to become Consadole’s starting goalkeeper. 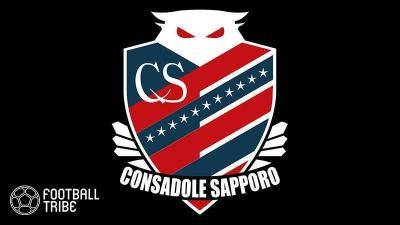