The future of the 2020 Liga 1 Indonesia season has been casted into doubt after Wednesday night’s Zoom meeting between the Football Federation of Indonesia (PSSI) and the 18 Liga 1 clubs. The 2020 season of the Indonesian top flight, as well as all other footballing activities within Indonesia, are now currently suspended due to the ongoing COVID-19 pandemic, and while Thailand have set a fixed date on their league’s restart and Vietnam have played their national cup matches prior to resuming their own league, the fate of Indonesia’s Liga 1 remained on the balance as the time ticks closer to the end of the nation’s state of emergency status on May 29th.

The 4 hour-long Zoom meeting was attended by PSSI higher-ups, officials from the 18 Liga 1 clubs, and representatives of the PT Liga Indonesia Baru as the operator of the Indonesian leagues. The 18 clubs were split in regards on how the 2020 season should go from this point on – Persipura Jayapura decided to abstain, meaning that they will accept whatever decision will be made in regards of the continuation of the season. Arema FC, who were against the resumption of the 2020 season in an earlier statement, backtracked during the meeting and decided to support the restart of the 2020 season, citing that the Indonesian government’s decision in establishing a “new normal policy” that would protect many small and medium businesses including those working in the football industry as the reason behind their change of heart. Other than Arema, clubs that support the resumption of the 2020 season include Persiraja Banda Aceh, Borneo FC, Persib Bandung, Bali United, and PS TIRA-Persikabo. These clubs wished for a resumption to the 2020 season on the condition that subsidies were given to the clubs to help their players and staff as their income were severely affected by the COVID-19 pandemic.

Meanwhile, 11 clubs have voiced out that they are against the restart of the 2020 season, wishing for either a complete reformat of the 2020 season or the establishment of a home tournament to replace the 2020 league season. These clubs include Persija Jakarta, Bhayangkara FC, Persita Tangerang, PSIS Semarang, PSS Sleman, Barito Putera, Persik Kediri, Persebaya Surabaya, Madura United, PSM Makassar, and Persela Lamongan. Madura United, Persebaya, Bhayangkara, and PSIS wished for a complete cancellation of the season, while others suggested holding a replacement tournament or reformatting the current competition to suit the ongoing situation.

Despite advocating for the cancellation of the 2020 season, representatives of Persija have stated that they will support the resumption of the season, under the condition that the PSSI would pay great attention to the health and safety of players, staff, and fans alike should the league gets underway once again, as well as guaranteeing the financial survival of clubs through subsidies. 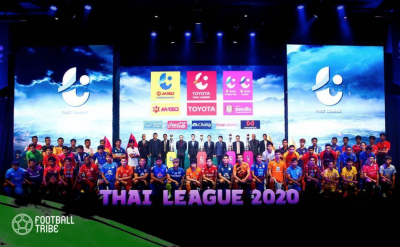 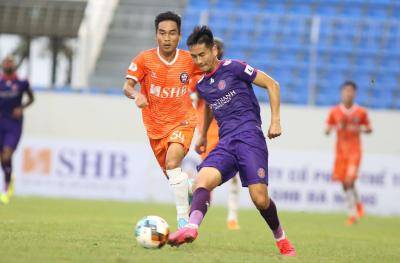 V.League 1 Gears Up for June Restart