For Thai League clubs, foreign players are expected to be the difference makers – because why else would any team pay extra for someone to do what the locals could? And in the case of title challengers such as Buriram United, good foreign recruits can often be the difference between winning the league or missing out, as we saw in 2019.

And for every Diogo Luis Santo or Carmelo Gonzalez, many ended up as a complete disaster and left as soon as they arrived. Brazilian forward Ricardo Bueno and Argentine target man Bernardo Cuesta is Buriram attacking newcomer but rumors of changes in personnel are already circulated due to the two’s subpar start to the 2020 campaign. So in keeping with this theme, here are five South American talents who flopped miserably at the Thunder Castle. 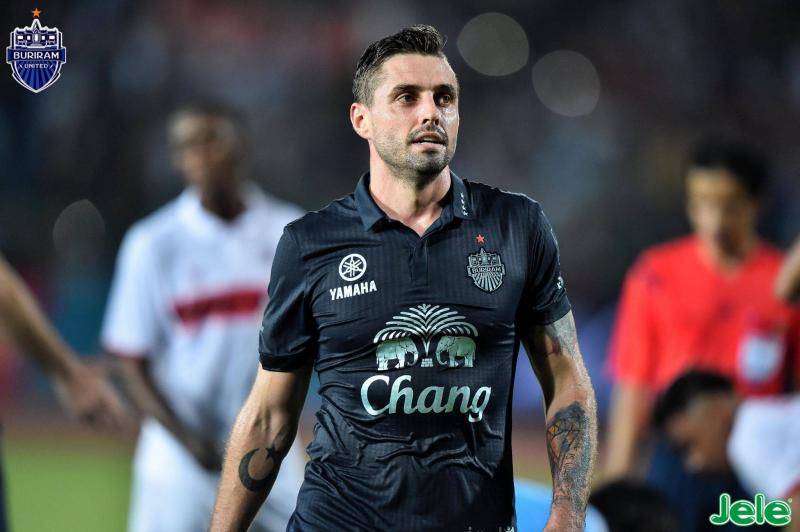 Heading into the 2016 season, Buriram United acquired the service of André Moritz from K League's Pohang Steelers to strengthen their AFC Champions League hopes. However, the Brazilian forward made only five appearances for the Thunder Castle, scoring three goals, but still managed to win two cup trophies during his time in the Northeast of Thailand.

The former-Internacional youngster may have needed a bit more time to get used to SEA's humidity but he, without doubt, has the touch and skills to be a Thai League hit. Such a shame Moritz couldn't make it past February and was replaced by ex-South Korean U23 international Kim Seung Yong. 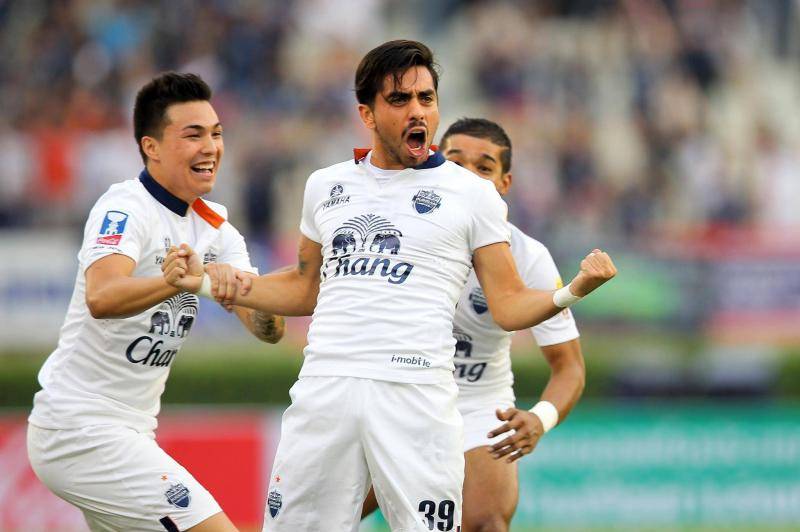 Ramsés Bustos announced himself in style with a 4th-minute volley to put Buriram United ahead of rivals SCG Muangthong United in the 2013 Royal Kor Trophy, Thailand's equivalent of the Community Shield. The former Chilean U20 international, on-loan from Unión Española, then killed the game off with a calm side-footed finish in the 82nd minute.

All the post-match talk centre on Bustos. He was quick, skillful, fearless and the fans couldn't wait to see more of their new star. Unfortunately, Bustos and Buriram reached a mutual termination agreement around late April which saw the player return to his parent club - citing Bustos's love for parties and poor punctuality as a major concern.

"I don't care if you're a superstar or how remarkably talented you are - you will get bench if you lack discipline." That was Buriram United chairman, Newin Chidchob, answering questions about Bustos's absence from the club's ACL tie against Vegalta Sendai.

"I'll be honest, no matter how good you are, you won't last at Buriram without professionalism".

Bustos returned to Thai football in 2017 with second-tier side Nongbua Pitchaya FC - he is no longer late for training and had cut out all the parties this time. Looking to prove himself once again, Bustos made the jump to Super Power FC, a relegation struggler with onto 1 point from 17 games on Bustos's arrival. As good as he is, Bustos couldn't save the team and, according to transfermarkt, he is currently without a club. 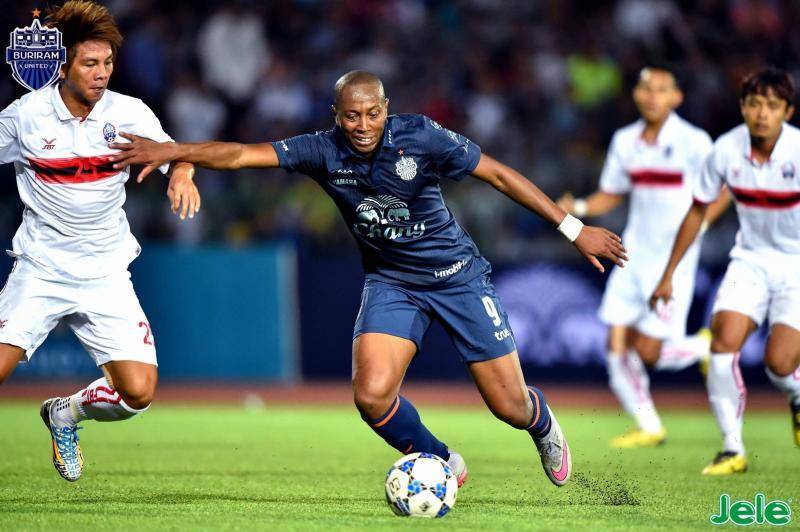 Another striker signed in 2016 as part of Buriram United's ACL aspiration, Danilo Cirino is a big target man (the profile Buriram tends to buy) with UEFA Europa League experience. Still, the Brazilian only lasted a month at the Chang Arena with Newin Chidchob stating Danilo's inability to operate in Buriram's pressing system as the main reason for letting the player go.

To be fair, the Buriram chairman did say Danilo is "more than good enough" to play a key start role in many Thai League sides and the then-29 year old was snatched up by Chiangrai United. Danilo got off to a decent start, netting three goals in his first eight but only scored 1 more in the following 5 matches before parting ways with the Beatles. He currently plies his trade with Qatar's Muaither SC. 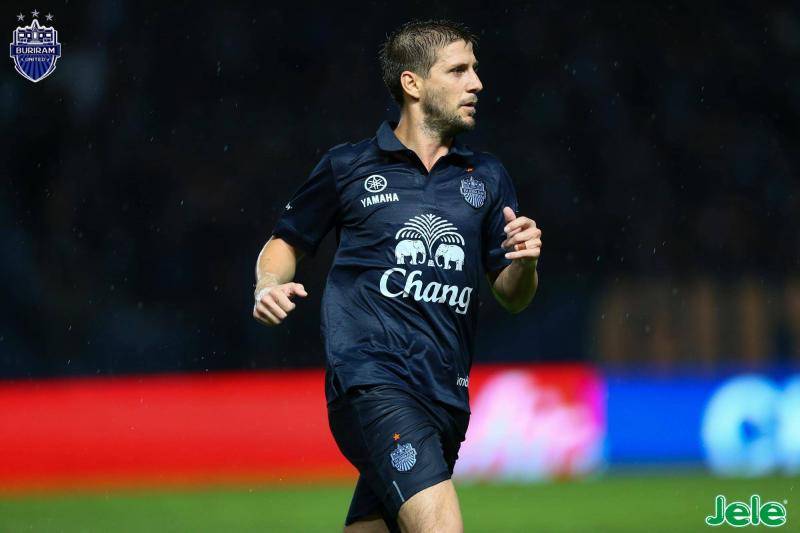 "Buriram United complete transfer for Lazio striker" was the headline that got every Buriram fan excited. "Our youngsters will learn from Emiliano, how to play with the ball against bigger opponents," stated Buriram on their official Facebook post.

In reality, the fans slowly forgot Emiliano Alfaro as the season goes on. The Uruguayan international arrived with a bad knee then suffered another minor injury in a friendly against the second-tier side, Khon Kaen FC. Emiliano wasn't registered for the first-leg of Thai League, thus making zero appearance, then was let go before the second-leg as Diogo Luis Santo returned from injury. 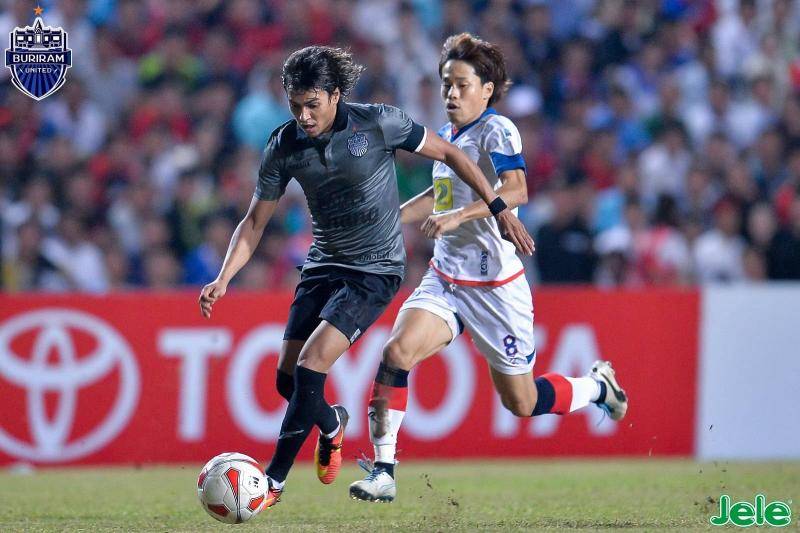 Thai football fans already got a taste of Rogerinho when the electric forward knocked SCG Muangthong United out of the AFC Cup quarter-finals. The Brazilian arrived as 2012's AFC Foreign Player of the Year and dominated all the headlines.

Brave and technically superb, Rogerinho won the man of the match as Buriram United overcame the deficit against Lanexang United to lift the 2016 Mekong Club Championship. A few days later, he glides his way past five Johor Darul Ta'zim's players with ease, flicking the ball over Safiq Rahim's head along the way, and was unlucky that his shot flew inches wide off the post. Playing alongside the great Diogo Luis Santo, it was Rogerinho who got the fans off their seats.

However, the 3-times AFC Cup winner picked up an injury from the JDT game which kept him out from the first two games of the 2017 season. And by the time Rogerinho was due to return, the partnership between Diogo and Jaja Coelho had already formed. And as fantastic as Rogerinho is, there is far more cohesion without him in the side. Together, Diogo and Jaja went on to finish the season as League champions and scored a combined total of 60 goals.