The draw for the 2020 AFC U23 Championships in Thailand was completed earlier today.

The tournament will take place from the 8th to the 26th of January, and will also serve as a qualification tournament for the 2020 Summer Olympics in Tokyo.

Group A sees hosts Thailand face Iraq, Australia and Bahrain, with most games to be played at Bangkok’s 49,000 seater Rajamangala Stadium.

Group B pits the two finalists of the last AFC Asian Cup together, as Japan and Qatar are likely to be jostling for top spot. They will be joined by Saudi Arabia and Syria. However, the Japanese will face far less pressure in this competition, as their place in the 2020 Tokyo Olympics is already confirmed as hosts. Games in this group will be played mostly at the Thammasat Stadium in Pathum Thani in Greater Bangkok.

The tournament’s tightest group, Group C, sees defending champions Uzbekistan, South Korea, China and Iran go head to head for two knockout round places. Fresh off of winning the Asian Games and U20 World Cup, South Korea will likely be the favorites in this group. Matches are set to be played at the newly renovated Tisulanon Stadium in Songkhla.

Lastly, Vietnam will take on DPRK, Jordan and the UAE at the Chang Arena in Buriram. Finalists in the last tournament, a number of key senior national team players such as Nguyen Quang Hai, Tran Dinh Trong and Doan Van Hau are still eligible to have another shot at the competition.

The tournament will kick-off with Thailand taking on Bahrain at the Rajamangala Stadium on the 8th of January 2020. 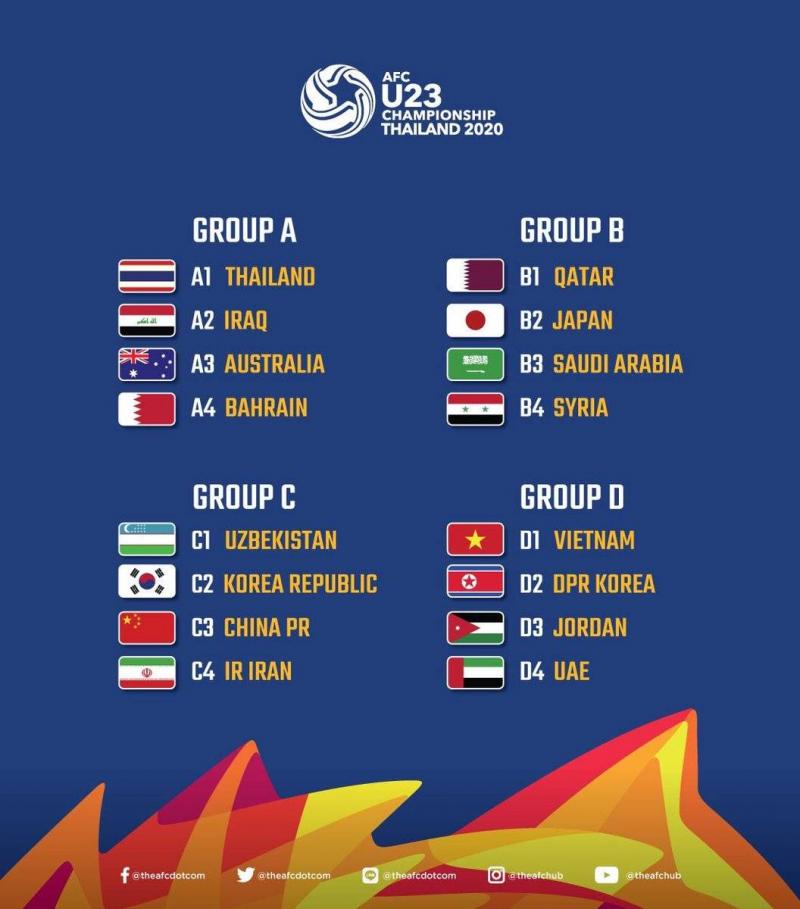