Asia Football Confederation have announced Iranian referee Alireza Faghani will ply his trade in A-League after moving to Australia.

Faghani who is one of the best referees in the world, has decided to move to Australia for personal reasons and the future of his career as a referee was unclear. But now AFC confirmed he will officiate in A-League for the 2019-2020 season. 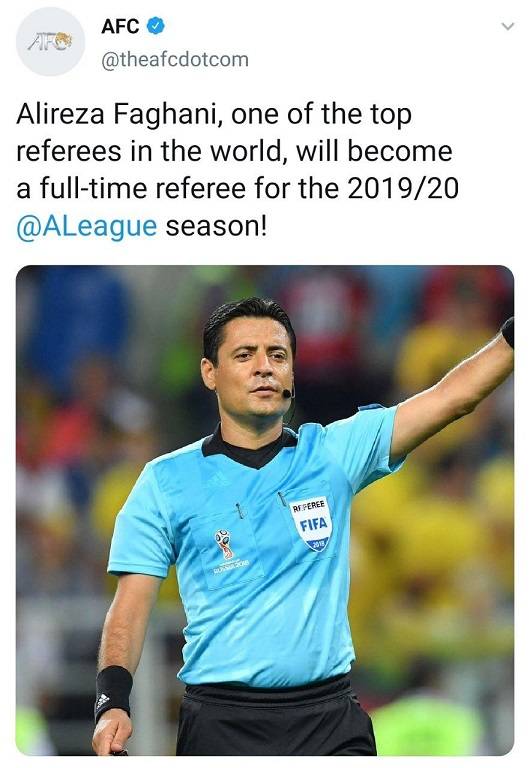 AFC official account has twitted:” Alireza Faghani, one of the top referees in the world, will become a full-time referee for the 2019/20 ALeague season!”