Indonesian’s football temperature is like a summer which getting hotter, that is leaving everyone upset and on edge. This started from the delay of the second leg of Piala Indonesia 2018/2019 due to security issues in Makassar. Additionally, the PSSI Extraordinary Congress is beginning the process of the presidential election for the next period. Meanwhile, the 2019 Liga 1 had a ‘fire’ itself that made everything perfect. 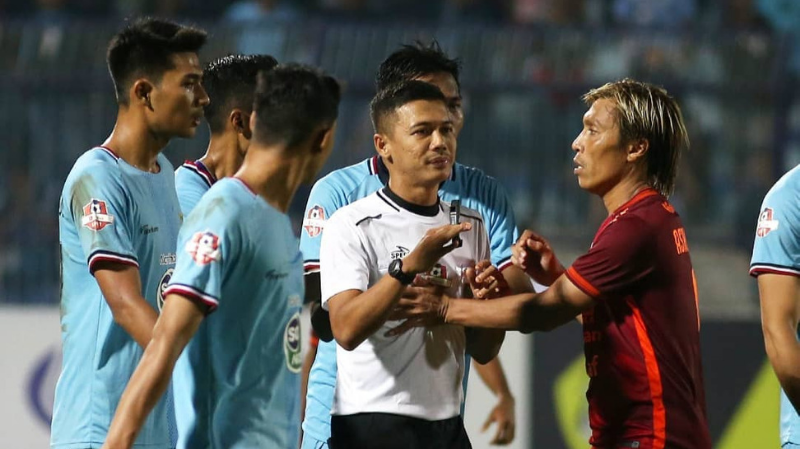 What A Night in Surajaya

The name of Wawan Rafiko looks like it will never be forgotten, especially for Persela’s fans. Referee Wawan made a controversial call as Lamongan’s goalkeeper, Dwi Kuswanto, and Borneo midfielder, Wahyudi Hamisi, fought before the full-time stopped. He giving both a straight red card, which was called a mistake by Borneo's bench because Wahyudi didn't even do anything. However, his effect on the game didn't stop there, as he awarded a penalty to Borneo to deny Persela all three points. 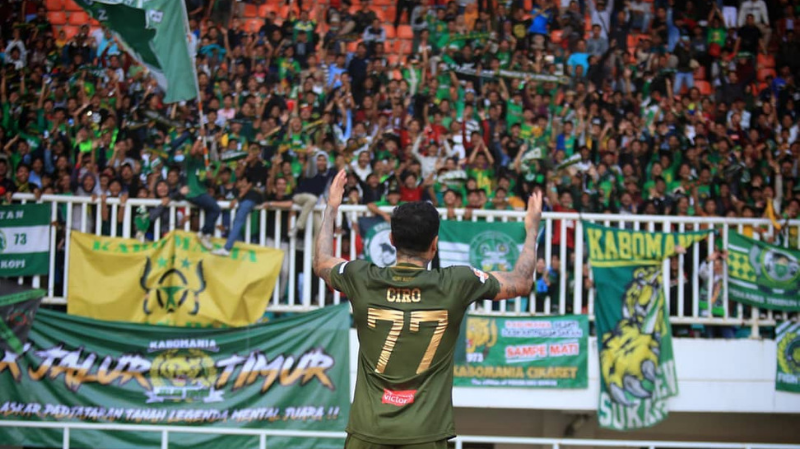 This week, two clubs managed to win by scoring five goals; Madura United and PS TIRA-Persikabo. This week, Madura smashed Perseru Badak Lampung 5-1 while Laskar Padjajaran won 5-2 against Kalteng Putra. This result was particularly special as they have now performed a “five goals killing” in two consecutive home games at the Pakansari stadium 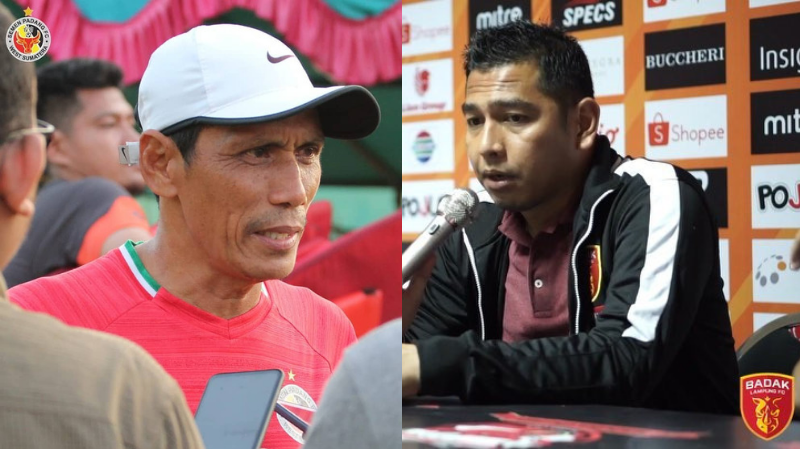 Last week we talk about how it has been hard for clubs from Sumatra to survive in Liga 1 era. But this week, a different path was taken for two figures at Sumatra clubs, as one was officially promoted as new head coach while the other stepped down. Welliansyah, who was the caretaker of Semen Padang, finally secured his position after his side earned a goalless draw against a strong team like Persebaya Surabaya. Meanwhile, Jan Saragih must say goodbye to Badak Lampung FC has he officially sacked and replaced by ex-Arema FC coach last season, Milan Petrovic, due to the negative results of Laskar Saburai. 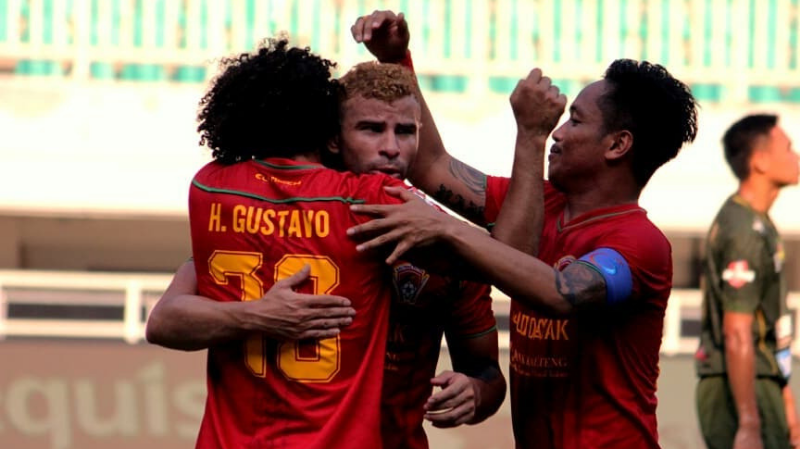 After some fantastic performances in pre-season, Kalteng Putra have now suffered five consecutive loss and are struggling in the relegation zone with Persija Jakarta and Semen Padang. But there’s hope for I Gede Sukadana and his colleagues; their Tuah Pahoe stadium has already finished its renovation so they can start their ‘real’ home game for next game week. 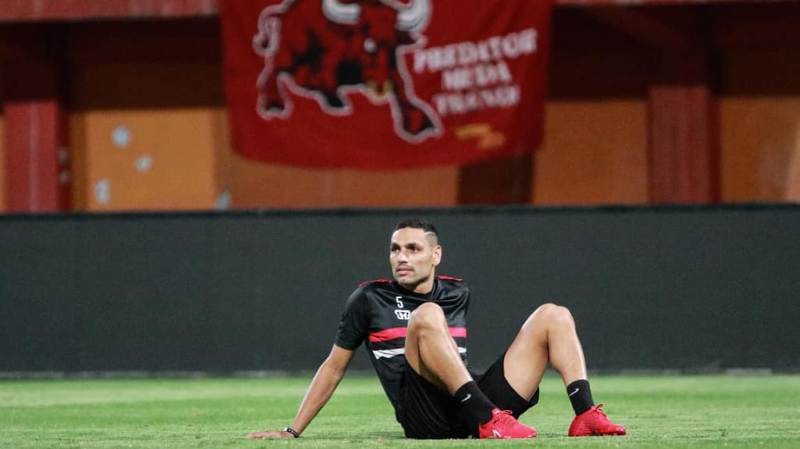 The long farcical story looks to finally come to a close, as the league operator finally found a perfect time to tuck away several Week 4 matches in the regular game week. Arema FC won 5-1 against Persib Bandung on Tuesday, while Madura United lost against PSS Sleman, missing a chance to close their gap with PS TIRA-Persikabo at the top of the league. 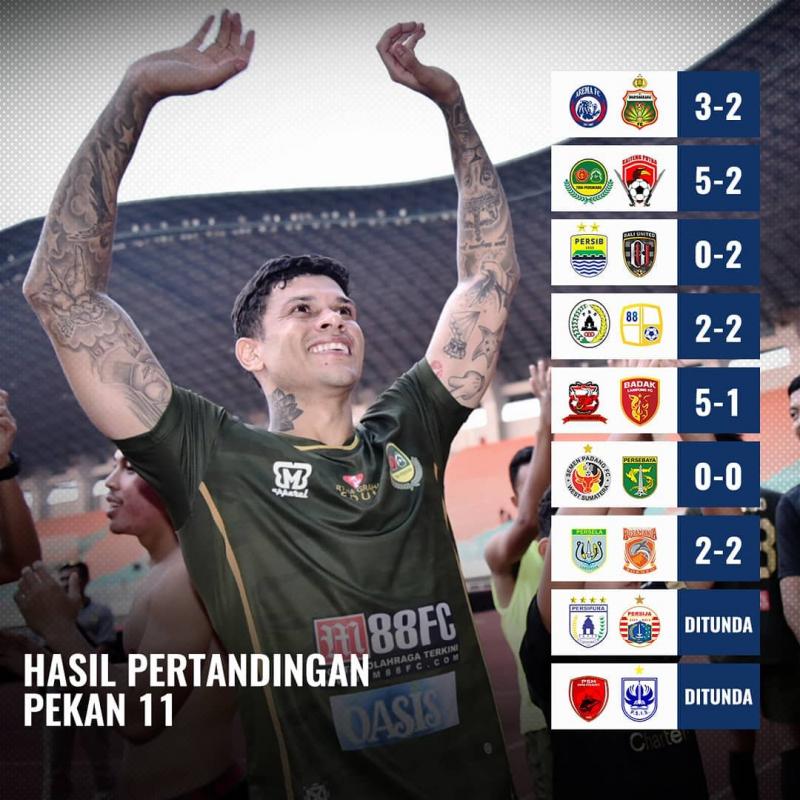 Here are all the results from Week 11, which already finished on Monday. Eleven games unbeaten has made PS TIRA-Persikabo sit comfortably on the top of the leagu. The top scorer so far is Alex Goncalves dos Santos, who scored his 10th goal in this week for Persela Lamongan. 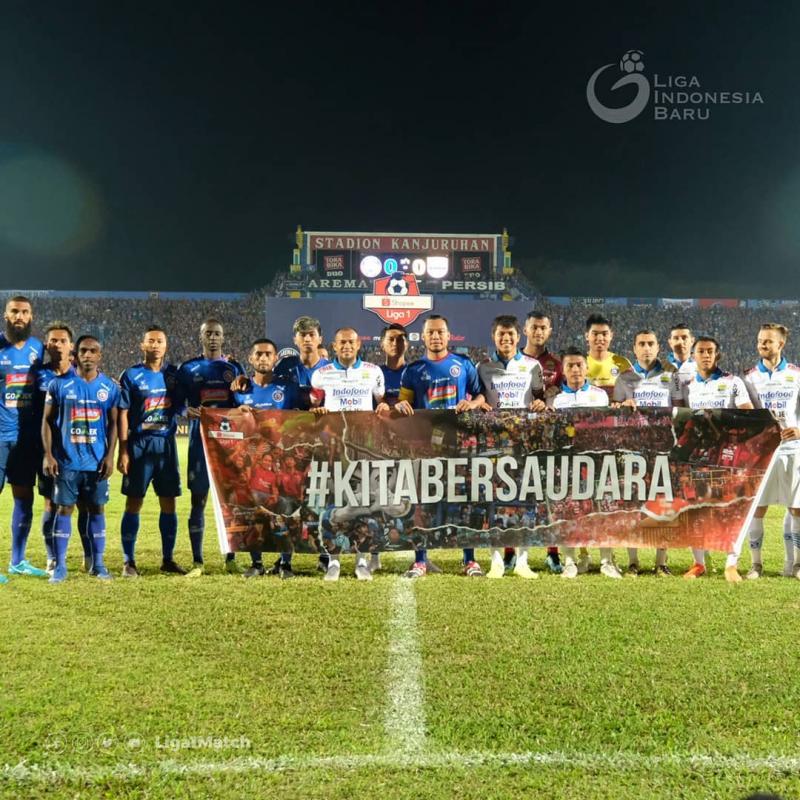 Week 12 will be interesting as many games will be played from Thursday afternoon until Monday night. As Bali United facing PSM Makassar in Thursday at 3 PM, a nostalgia match for Jacksen F. Tiago when Persebaya Surabaya meet Persipura Jayapura in Friday at 6 PM and a Saturday Night ‘friendly derby’ between Persija Jakarta against Arema FC also at 3 PM. All the games can be watched by streaming at vidio.com, and all kick-off hours are in the GMT+7 time zone.