Loan deals can be very common in the Thai top division, and this season a number of players on temporary deals have shone away from their parent clubs. This feature takes a look at some of the most notable and best-performing loanees this season. 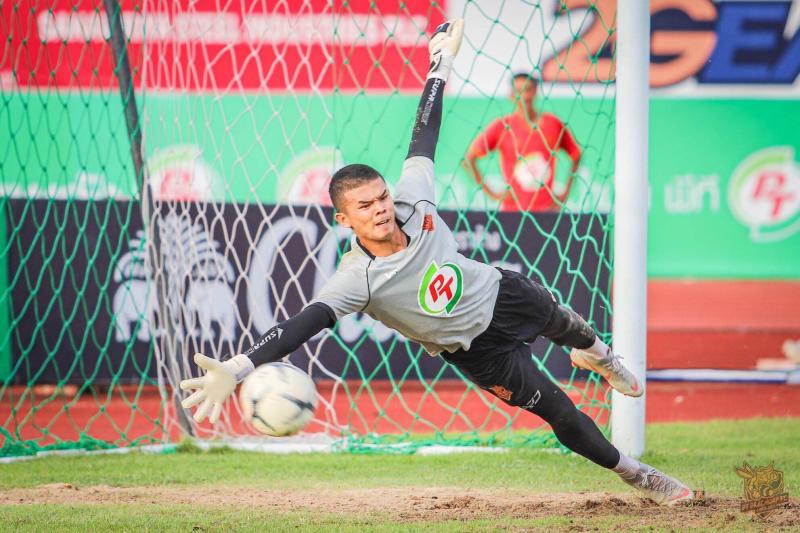 Kwanchai continues to impress between the sticks in his second season on-loan with the Killer Wasps. His side may be on a four-game winless run, but sitting in 9th place after 14 matches is a respectable position for 2018’s overperformer and Kwanchai's consistency certainly played a part in their fight for the top half finish. 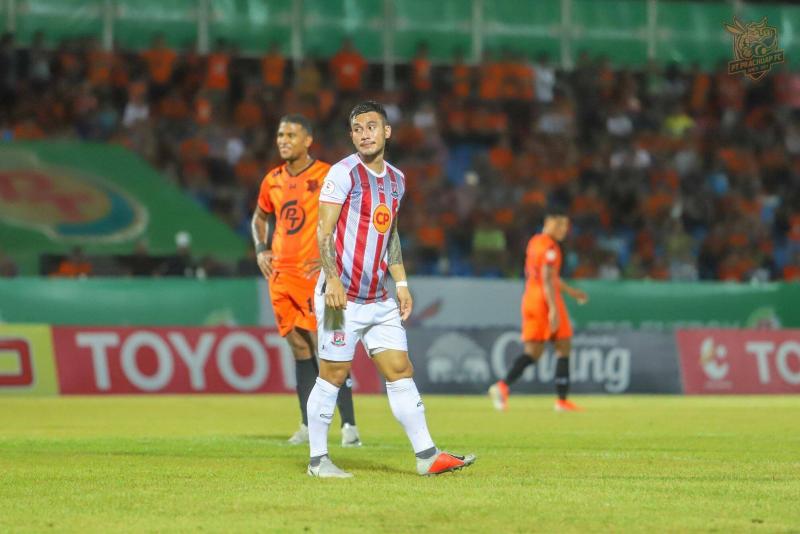 Prior to this campaign, Nukoolkit has only played more than 10 Thai League games in one season, and that was with Buriram United (13)...back in 2015. This year, the 26 years old already featured 12 times for Trat FC in the first leg. On-loan from Muangthong United, Nukoolkit has formed a formidable with Singapore legend Baihakki Khaizan as the White Elephants have marched to 5th place. 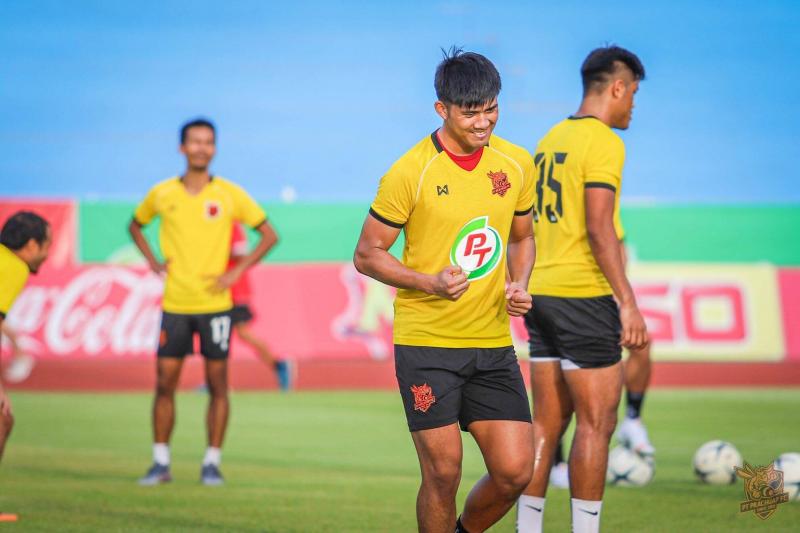 Nattapon featured 10 times for PT Prachuap FC and has already made his debut for Thailand’s senior squad at the 2019 China Cup where the War Elephant finished runners-up behind Uruguay. 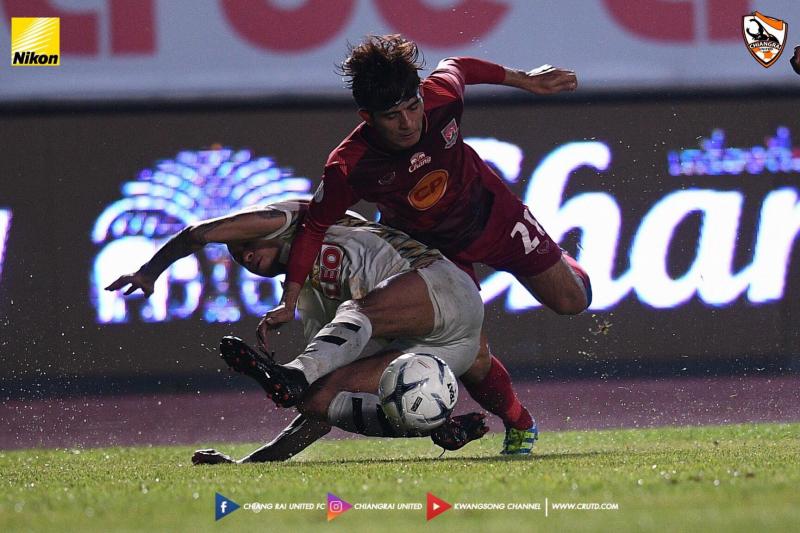 Sathaporn has 2 assists under his name, that’s 2 more than Peerapat Notchaiya who is starting at his parent club True Bangkok United. The 31-year-old left-back offers energy up and down the flank and combine well with the wide offensive players. 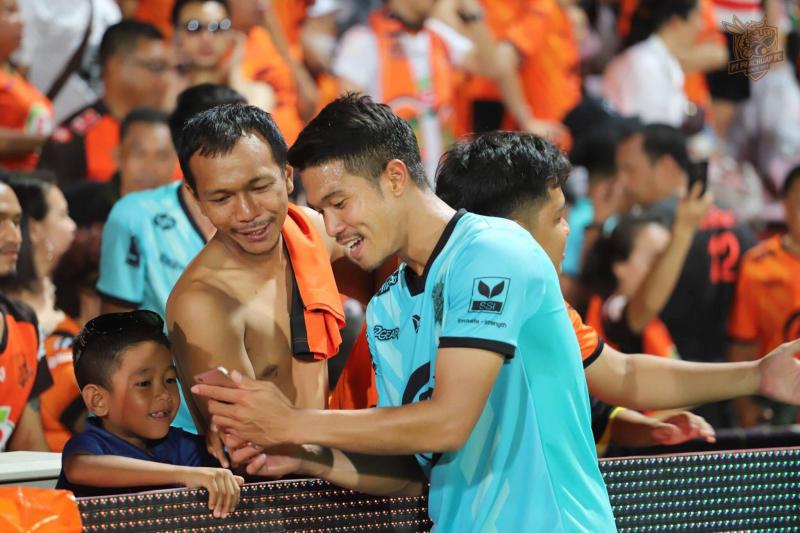 Nicknamed “Nong-Classic” for his technical ability, deadly freekicks, and style of play that resembles your old school number 10, Chitpanya is the sole creative force between PT Prachuap FC’s towering defense and goal-hungry strikers. Chitpanya has failed to demonstrate his quality at Buriram United and BG Pathum United, where he was often used as a squad rotation player. However, the playmaker has shined when given a continuous run of games and even got a call up to the Thai preliminary squad ahead of the 2019 China Cup. 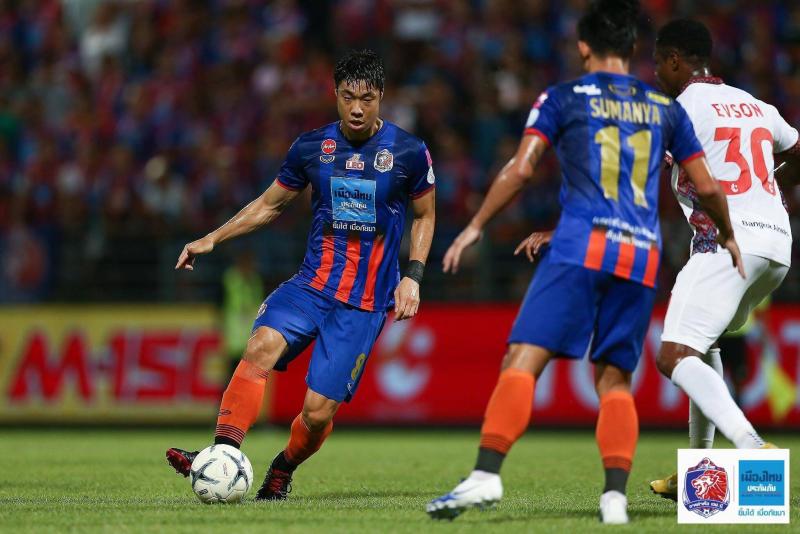 Go Seul-Ki took Port FC’s game to a whole new level this season with his passing range, reading of the game and ability to dictate play from deep. It’s no surprise that Siwakorn Jakkuprasat has had a resurgence with the South Korean maestro alongside him. Paradoxically, a player of Go’s quality is best appreciated when he isn't there. for example, Port FC’s titanic clash with Buriram United. David Rochela may offer solid defensive cover but the Spaniard is still rusty from a longterm injury and lacks the vision to break lines with any penetrative passes, hence Port FC’s incapacity to create decent chances in the final third. 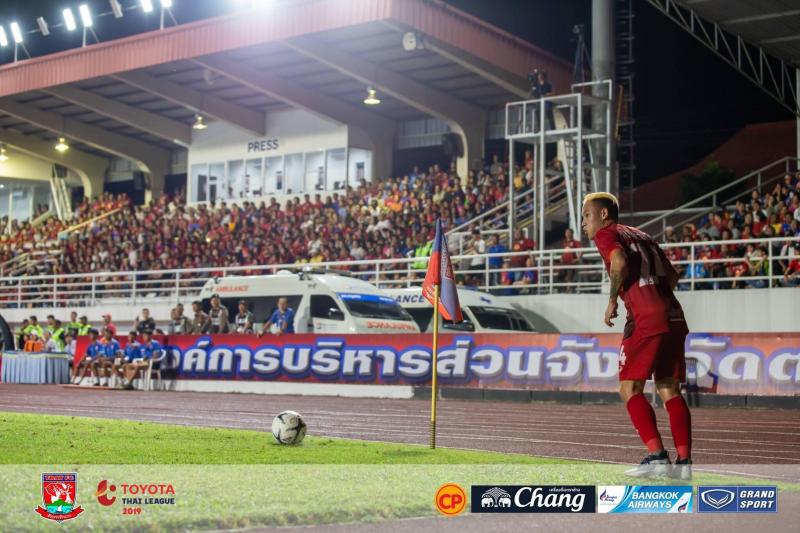 Wongsakorn was seen as one of the hottest prospect coming up from the Kirin’s academy when he won the U19 national championship some years ago. Previous loan spells with Pattaya United (now Samut Prakan City) and other lower tier sides have mounted to little success, leading many to fear that he might fail to fulfill his potential. Yet, the 22 years old has defied all odds and currently thriving in an overperforming Trat FC side. Wongsakorn has a great mix of grit and guile to his play and already registered 2 assists this season as well as getting involved with everything going forward. 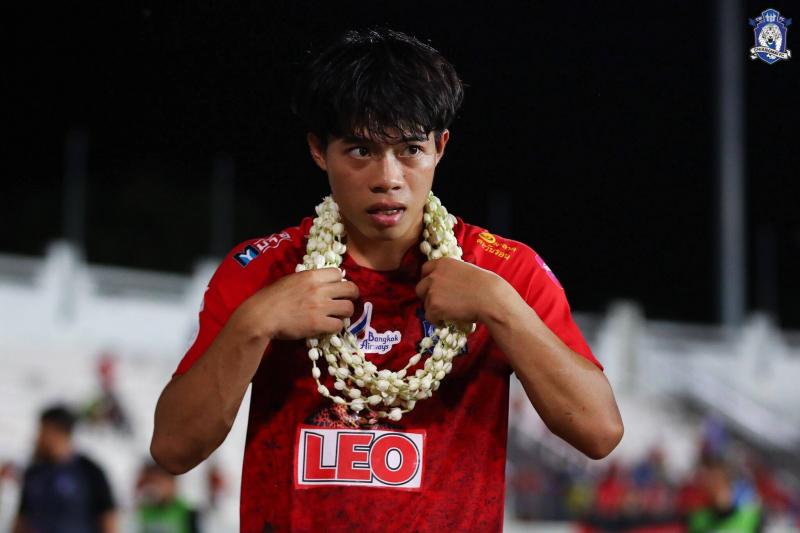 Ekkanit Panya announced himself on the Thai League stage way back in 2015 when he scored to become the youngest goalscorer in the league at just 15 years old (unfortunately the record has now been broken by Buriram United’s Suphanat Mueanta). Since then, fans have been waiting for the attacking midfielder to get a full season in the top tier and it’s safe to say, Ekkanit didn’t disappoint. So far the Thai U19 international, who recently was promoted to the U23 squad at the 2019 Merlion Cup, has notched up 3 goals and 3 assists in 12 matches for newly promoted Chiangmai FC. There is also heavy rumors that Ekkanit will be recalled by Chiangrai United to provide that extra touch of magic in the attacking third for the second half of the season. 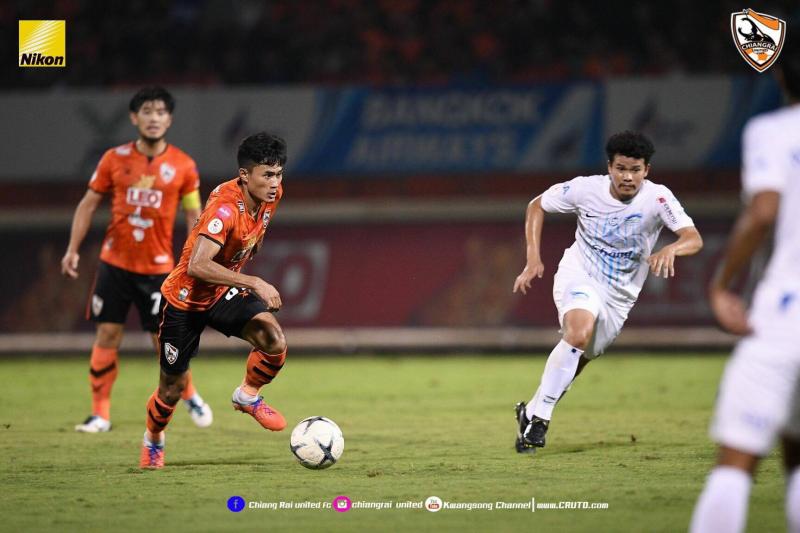 A pacey, left-footed, winger from the South of Thailand was signed by Chiangmai FC towards the end of 2018 but never represent the Lanna Tigers, instead, he was sent straight on-loan to Chiangrai United. Somkid needed some time to adjust to life in the north but soon enough began to show his worth, as seen in his man of the match performance versus Chonburi FC, where he scored a screamer to win the game 1-0. 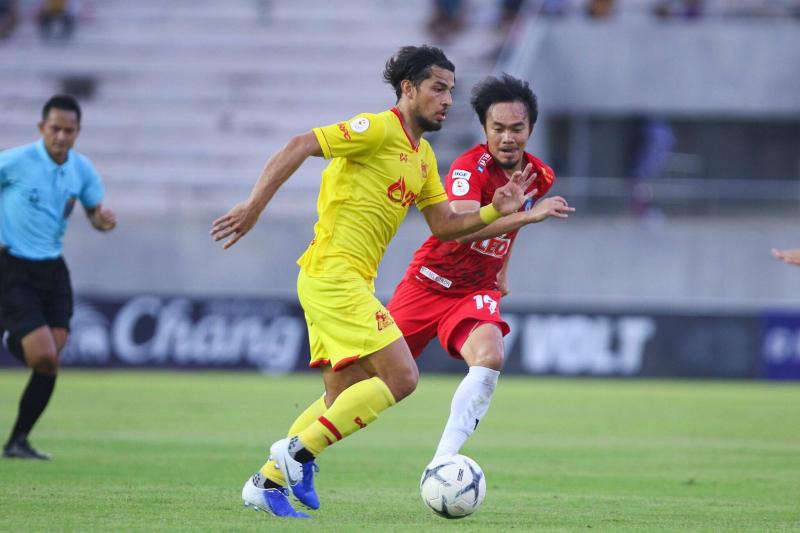 31 goals and 13 assists from 72 games across Thailand’s domestic competitions should be more than enough proof of Ariel Rodríguez’s goalscoring credentials. This season the poacher has already found the net 6 times for PTT Rayong, playing a vital role in the side’s fight for survival. 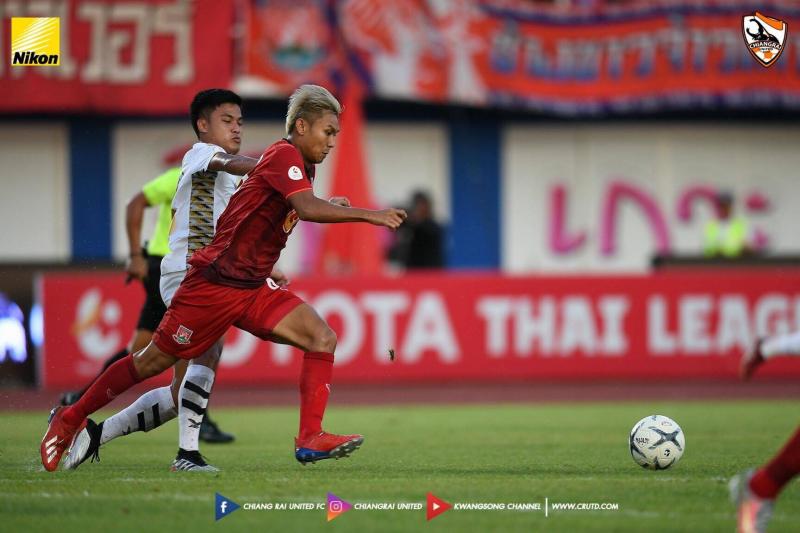 2018 was a strange and frustrating year for Chenrop. He came on at halftime and netted a hattrick against True Bangkok United on matchday one. But then was sidelined due to injury, only finding the net 1 more time, had a disastrous Asian Games with the national team and (unfairly) became the scapegoat and something of a laughingstock of the country for his poor first touch and erratic finishing.

However, massive credits to Chenrop, who has turned his career around at Trat FC in 2019, already playing more minutes now than he did last season from the Kirin’s bench. The 24 years old is thriving in his new “forward destroyer” role, closing down opposition centreback, chasing every loose ball, similar to Shinji Okazaki’s job in Leicester’s title-winning side. Not only that, but Chenrop has also added an end product to his game with 3 goals and 3 assists from 13 Thai League starts. 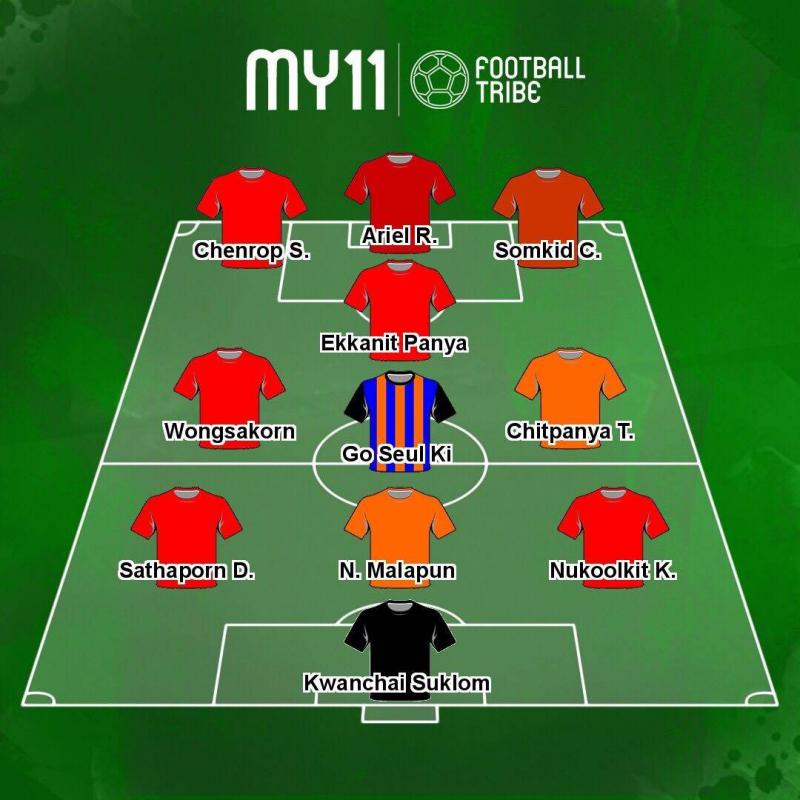