Pahang, the largest state in Peninsular Malaysia, is renowned for its natural beauty. Reaching high into the sky, the proud and tall Gunung Tahan mountain is the tallest peak on the peninsula. Likewise, the soaring spirit of patriotism among its community has contributed to making Pahang’s football team amongst the deadliest and most respected on the field.

Tok Gajah have a storied history, having been crowned as the champions of four Malaysian Cups (1983, 1992, 2013, 2014) and three FA Cups (2018, 2014, 2006). However, the strength of their province’s sporting scene extends beyond the green grass and onto the hard courts of their bold and fearless futsal team, which has taken them ahead in the local leagues.

Known as the Pahang Rangers, this rising team carry the same flag as Pahang FA. These athletes also hold the same vision – to win and to be remembered. 18 out of 25 players are natives local to the state of Pahang. Additionally, they are represented by 22 young players – a number that should be praised – while three senior players hold their position as the backbone of the team just like the proud and strong Gunung Tahan.

This team is built from the effort of His Highness Tengku Arif Temenggong Pahang Tengku Fahd Mua’adzam Shah Ibni Sultan Haji Ahmad Shah. His enthusiasm in pursuit of his ambitions have brought Pahang Rangers to be one of the strongest clubs competing in this coming Malaysia Futsal Premier League (MPFL).

“I love smart football players and players who can lead the games,” said Tengku Fahd when asked about his take on football.

According to him, mental skills possessed by a football player are not only on display when players take control of the ball, but they are also vital when predicting what will happen next. Having this skill can contribute to taking sides forward to victory.

On top of that, he is committed to helping developing futsal in Malaysia, with great vision and mission to see the nation’s futsal league standing high in the eyes of the world. Tengku Fahd’s never-ending determination and spirit has help developed the strong and powerful Pahang Rangers 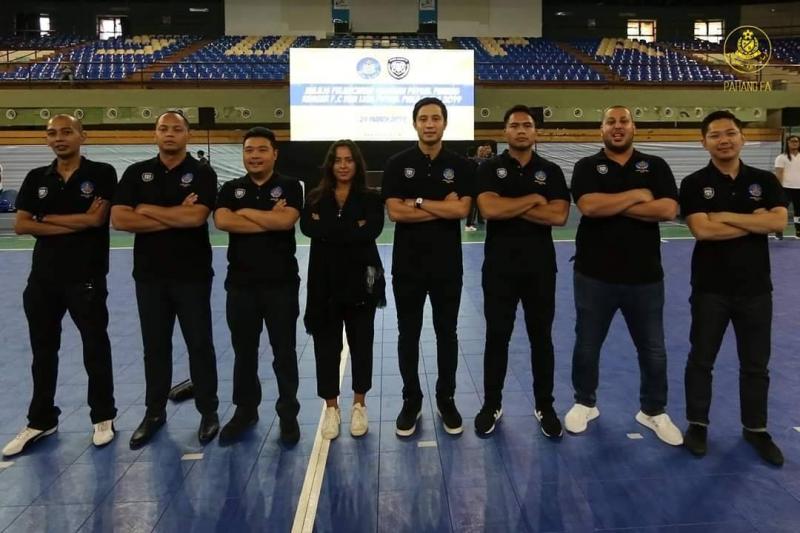 “He told me, that we have to challenge ourselves and reach the top, and he proposed to join the National Futsal League (LFK) – which is now known as the Futsal Premier League of Malaysia (MPFL).

“From there on, we started our journey as a Futsal team under the name Kuantan Rangers (2016).”

Tengku Fahd also shared the long-term plan that is currently in progress for Pahang Rangers.

“We want to win the MFPL this year and try to win it every season, while our biggest plan is to qualify for the AFC Futsal Club Championship and hope to win it.

“It is our dream for Pahang Rangers.” He added.

He admits the challenges are vast and difficult, but he has hopes that his club can stand up and face it.

“Failing to qualify for the first year of LFK, we were invited by Brunei to join the Brunei Futsal League and it was one of our efforts to give the players a platform to experience higher level competition.”

It was even more gratifying when Pahang Rangers won the Brunei Futsal League. The victory was a result of the unwavering effort of all players and staff.

This win also meant a lot for the players of Pahang Rangers, reminding them to stay consistent and boosting their morale to focus on pursuing their most desired championship.

Tengku Fahd straightforwardly admits that Malaysia’s futsal culture has not yet grown strong enough, but on the bright side, it is on its way to move forward.

“There is much exposure about futsal,” he admitted. “We need more media coverage on the games and also more content published about Futsal teams and players.”

“Many people like futsal, but nobody loves futsal because there is not much exposure for futsal. Looking at Thailand, Indonesia, Spain or Japan, these countries are in the midst of developing futsal because they believe this sport has great potential to be lifted on stand par with football. “ 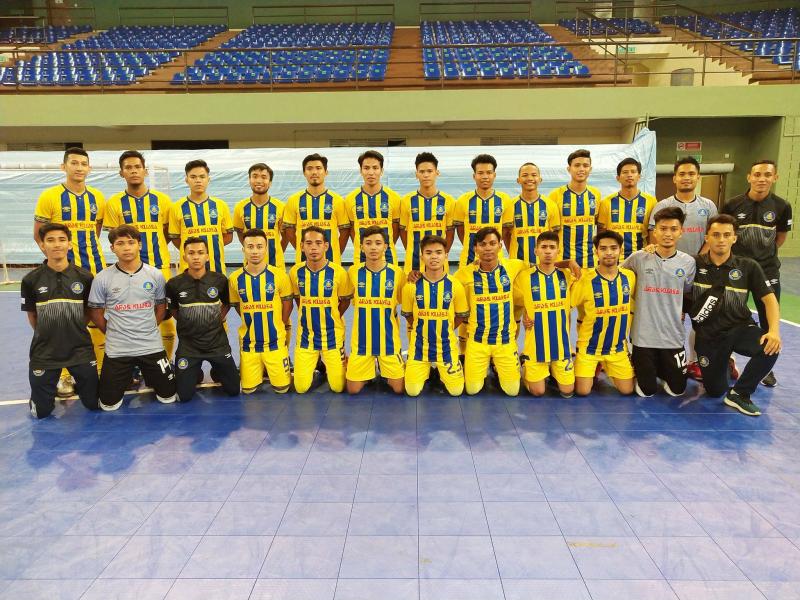 Future of Futsal in Malaysia?

Tengku Fahd is confident Futsal can gain a much higher standing if all parties work together to build a solid foundation for futsal. He added that this greater exposure must come not only from the fans but from the league itself.

He also believes that the national team has the potential to qualify for the World cup.

“What we should do is to create a second division, because this sport is receiving a lot of attention from our new generation. There are numerous futsal matches held every week around Malaysia and it has become a sensation amongst younger people, who are falling in love with this sport.

“The presence of second division may help more teams to qualify for the MPFL and experience a higher level of futsal.”

“Secondly, we need to open player-qualification-entry for imported players and help them join local teams. There should be at least one imported player for each team, because for me, imported players will bring a lot of exposure and experience to the team and the impact they bring will boost the popularity of futsal in our country. As a result, many people will start watching futsal games and will follow this sport closely, ” he added.

The entry of imported players will help raise the quality of futsal in the country, helping Malaysia catch up with their regional and continental rivals. Their arrival would not only help improve the standard of the game but may also boost its popularity across the nation.

As for the National Futsal Team, Malaysia now ranks 53rd in the world, and requires a consistent effort and push forward if they hope to join the top 10 teams in the world someday.

“If we want to see the national team play at the World Cup, we have to start now and make it our main vision. It would be a dream come true for local players and fans.

“I hope more sports schools and football academies can be built and can teach the philosophy of modern football. It’s an important effort and we need to stay consistent if we want to move forward.”

At the end of the discussion, Tengku Fahd emphasized the importance of setting ambitious goals.

“That’s the beauty of this game, you set a lot of goals and you consistently work hard to achieve them. As a president, that’s the path that I choose”